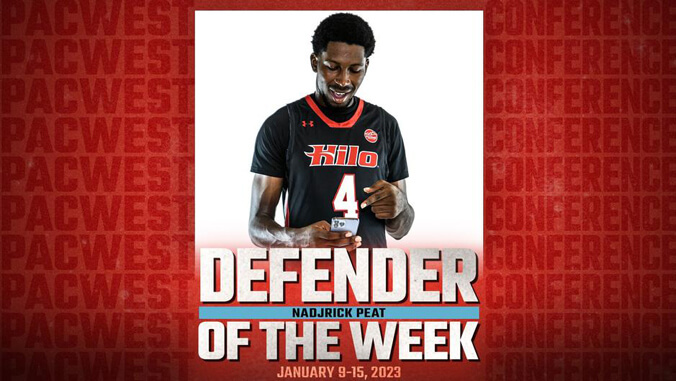 University of Hawaiʻi at Hilo basketball player Nadjrick Peat sent enough opponent shots back to sender and grabbed enough rebounds to earn PacWest Defender of the Week honors—his second this season. The 6-foot-11 shot blocker had eight send-backs in two games last week, four each against Academy of Art University and Dominican University of California.

On the season, Peat leads the PacWest with 2.7 blocks per game.