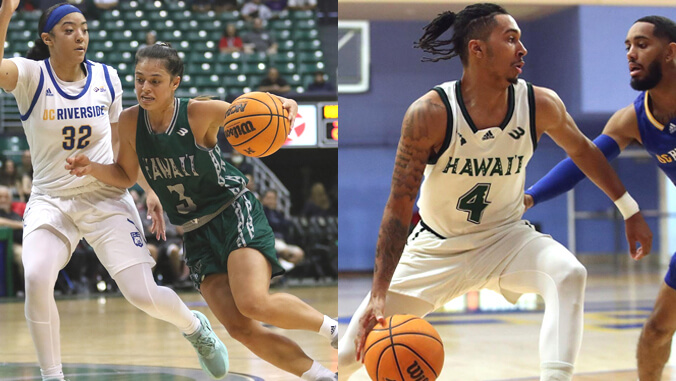 The University of Hawaiʻi at Mānoa women’s and men’s basketball teams had a strong weekend against UC Riverside. The Rainbow Wahine claimed a 55-51 home win while the Warriors won 67-63 on the road in Riverside, California.

The Rainbow Wahine’s final score of 55-51 marked their seventh straight win over UC Riverside. UH took the lead late in the first half and maintained it through a relatively close game.

Junior guard JoVon McClanahan scored a team-high 19 points and shot 9-of-10 free throws, including a pair of free throws with 9.7 seconds left to help seal the win. Bernardo da Silva poured in 18 points on 7-of-9 shooting with all but four of his points coming in the second half. He also added a team-high eight rebounds.