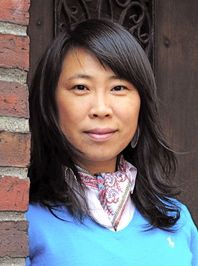 Dongping’s research cuts across the fields of linguistics, psychology, foreign language literacy, teacher education, and educational technology. She has been a member of DSLS faculty since 2009, and has been adamantly embracing the Distributed Language perspectives in her applied work, mainly in three lines of research: 1) language development in game-based virtual environments, 2) rethinking second language acquisition and learning from ecological, dialogical and distributed perspectives, and 3) developing new methodology for embodied and non-local events of languaging. These lines of her inquiry are mainly situated in the larger contexts of open-ended gaming/learning environments. She has identified possible new constructs and methodologies to look at second language learning from action and collectivist standpoints, which are reciprocally transcended by the affordances of these culturally recalcitrant environments, such as Atlantis Remixed & Quest Atlantis, Second Life, and World of Warcraft.