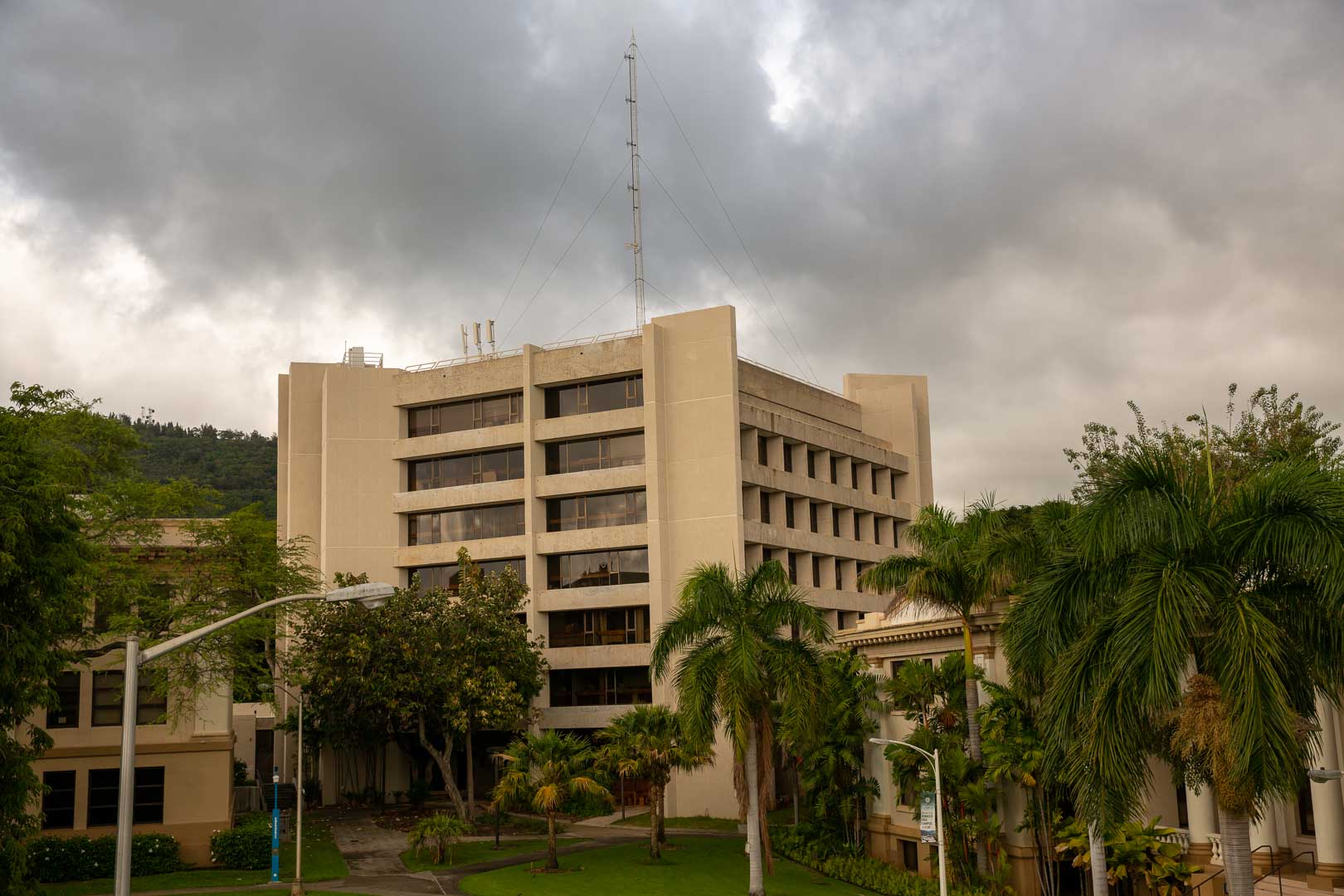 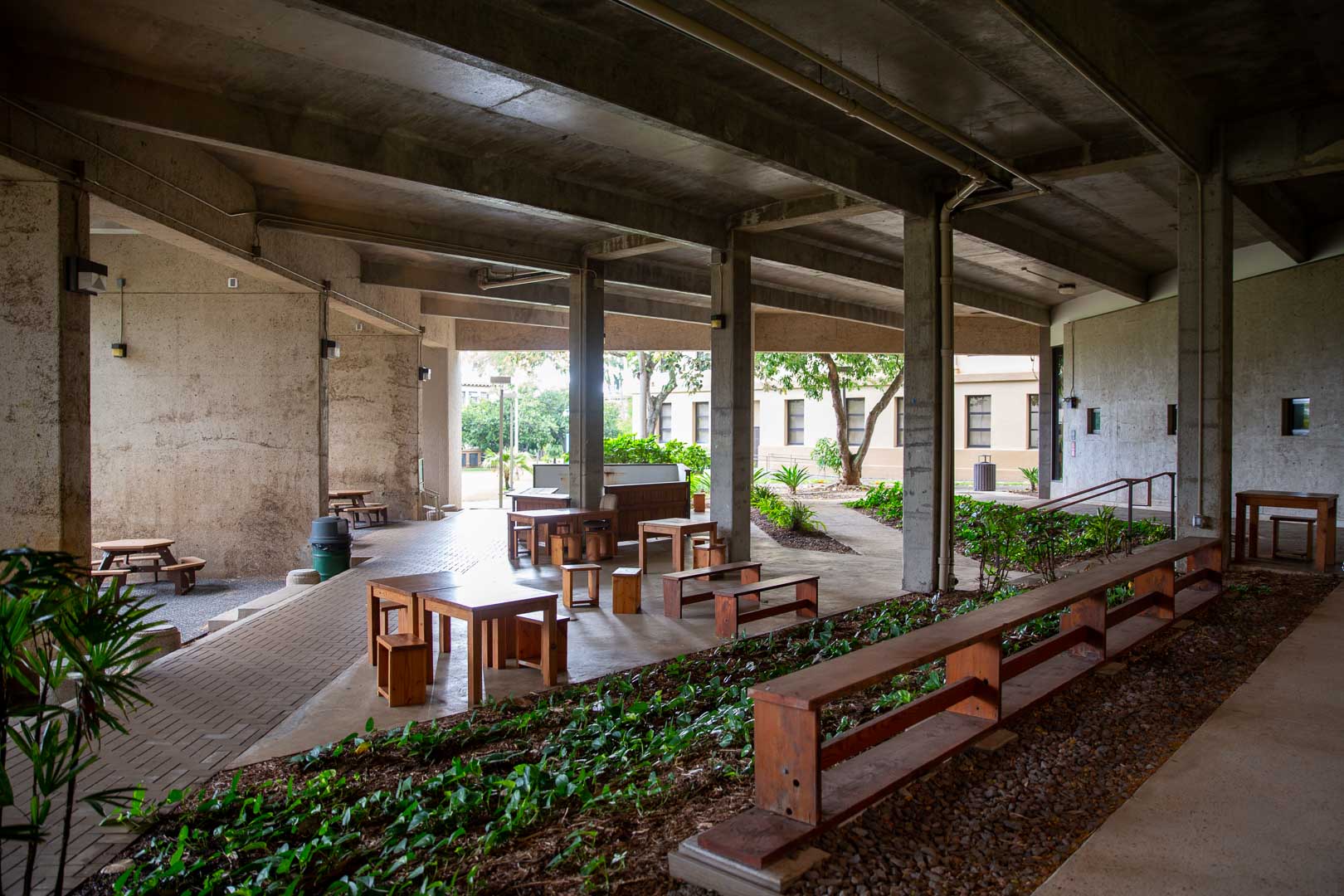 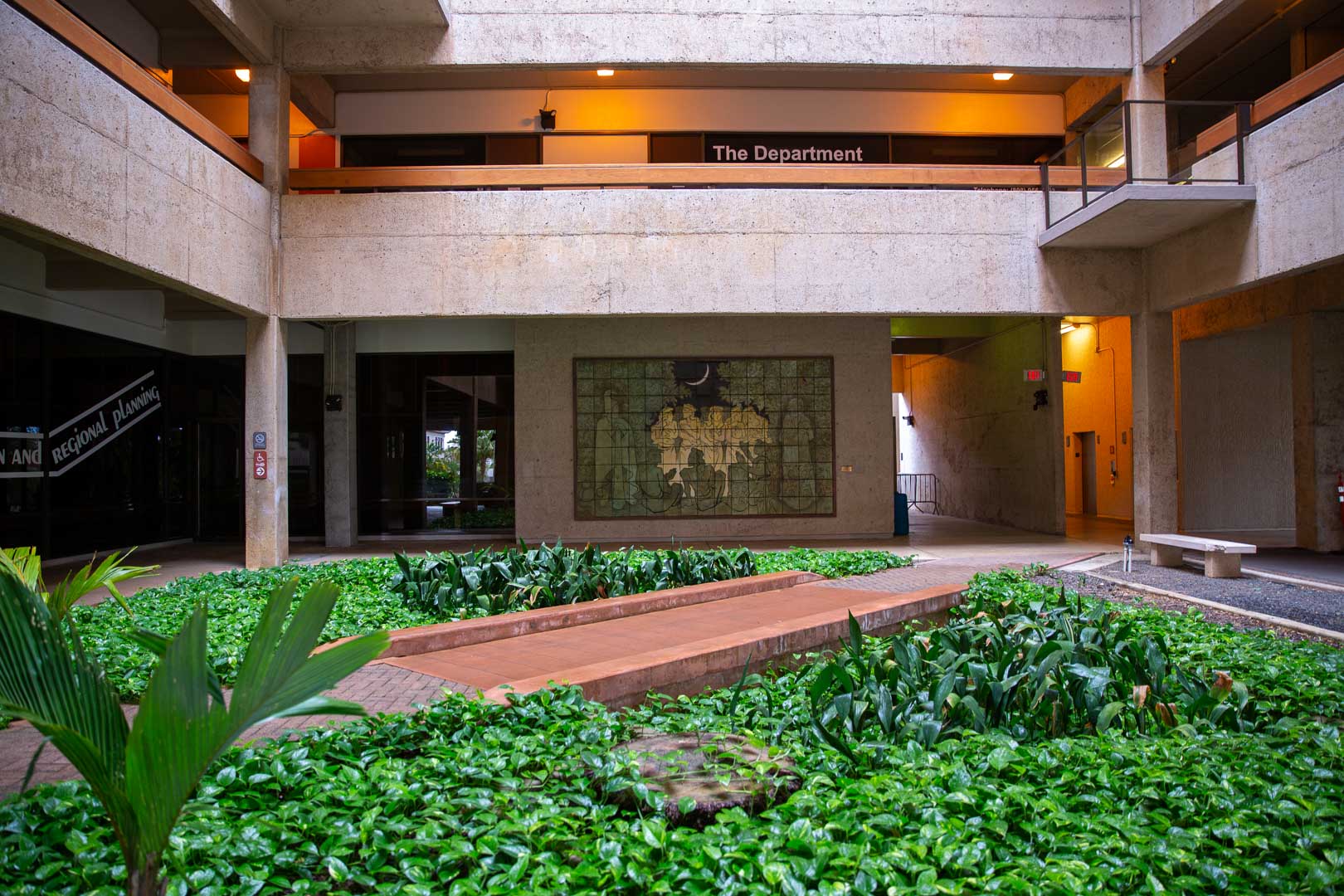 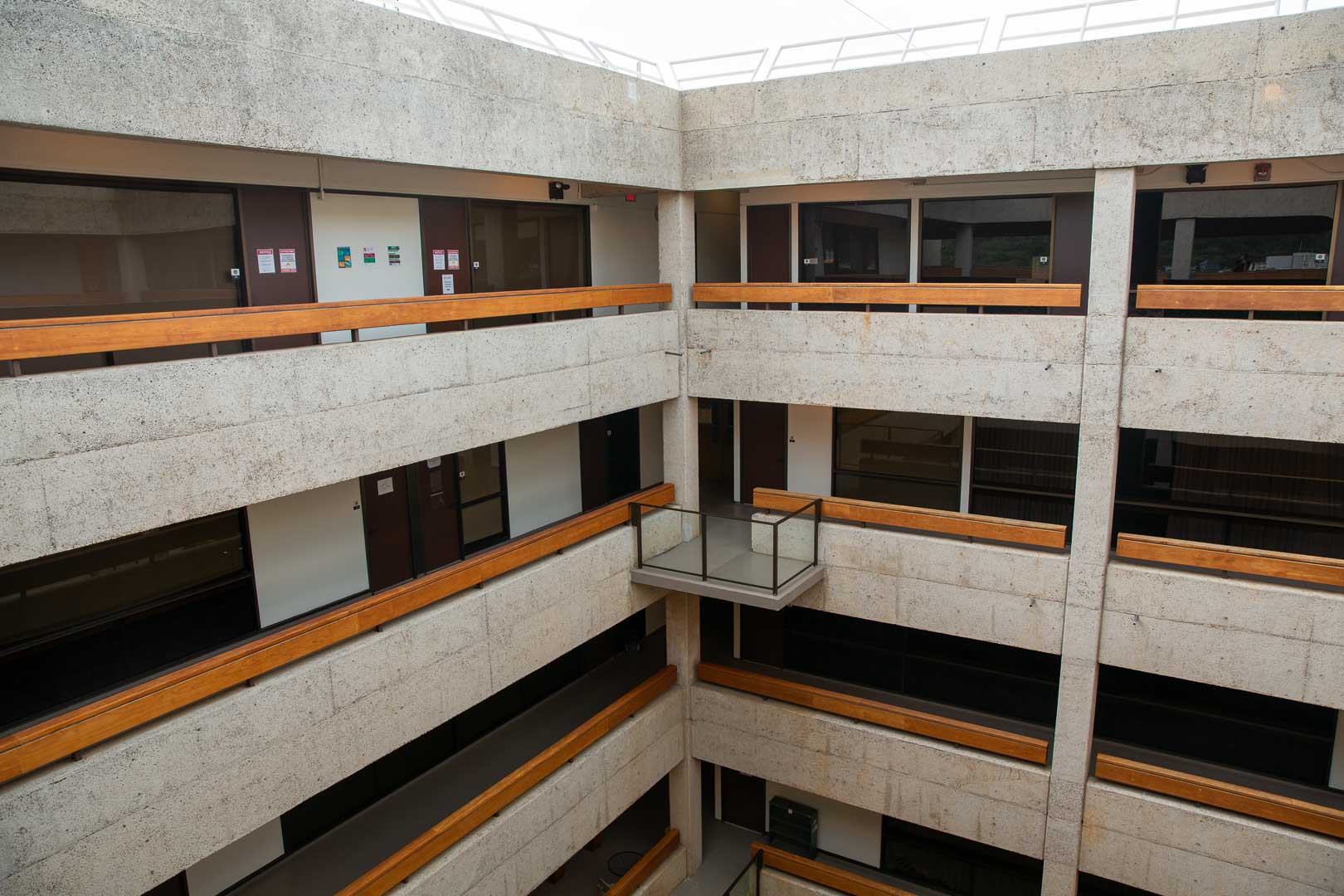 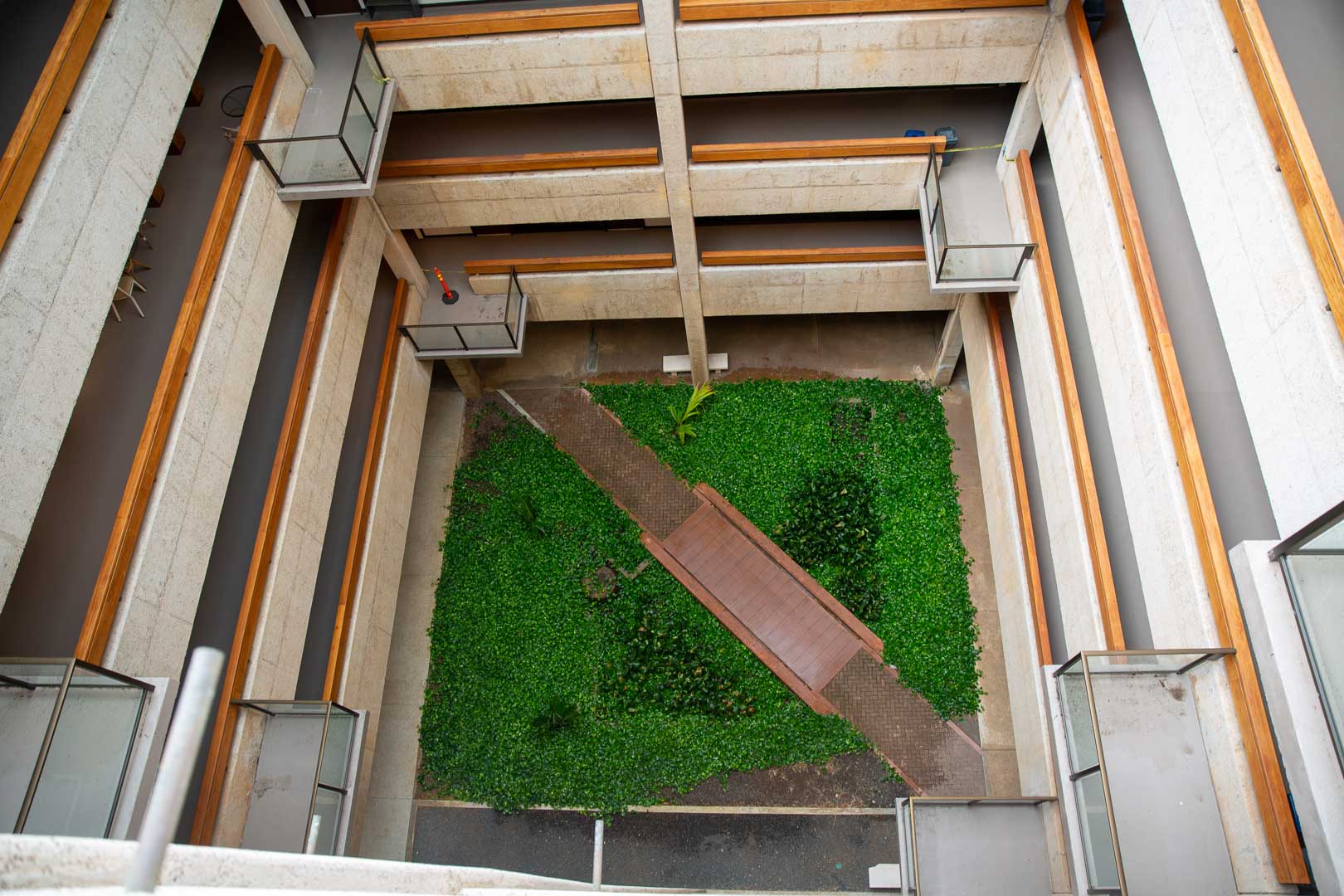 Built at a bold 45 degree angle to the Quad, Saunders Hall was inspired by a style of architecture called “Field Theory”.  The firm of Ossipoff, Snyder, Rowland and Goetz completed the prize winning project in 1974.  Originally named Porteus Hall in 2002 it was renamed Saunders Hall in a rare honor after two people, Allan and Marion Saunders.

After almost four decades of service, the chiller plant and the interior A/C equipment were replaced with new state of the art equipment in 2014.  Work of this magnitude often requires closing a building to the public for months.  Saunders Hall was kept fully occupied and operational during construction, a testament to the careful planning and skillful execution by the Facilities team.

In addition to improvements for maintainability we were able to design a system with many energy efficient features such as: