Stealing into the kitchen in nightshirt and house slippers, I pause and take a breath before I turn on the light under the shelving. Half a dozen bodies freeze. Some scuttle away as I rip off a slipper and crush the ones handy like a samurai: on the wall, on the counter, alongside the cabinet. Three this time. I pick up the bodies, smashing one flat as its legs spasm. Yuck. Guts ooze on the slipper.

I take another look around—the others have secreted themselves—as I wash my hands. I wash my glass and fill it from a pitcher from the refrigerator. Look around once more before I flip off the light switch and go back to my bedroom.

Lamps lend light to The Mismeasure of Man by Stephen Jay Gould. My cat lies snuggled up beside me. I scratch him on the head. He yawns, then curls up and settles in. I turn my attention back to the book, scrutinizing the author photo. I sip my water and think about my kills, marvel at the perfection of abdomen with breathing apparatuses called spiracles; thorax with six sensitive legs; head with two twitching antennae, a pair of compound eyes. The miracle of bilateral symmetry.

After some time with my book, I go back to the kitchen, flick the light on, slipper at the ready—more than three and a half billion years of evolution have led to this night. A person drinks water. A human murders other creatures. It is what it is. 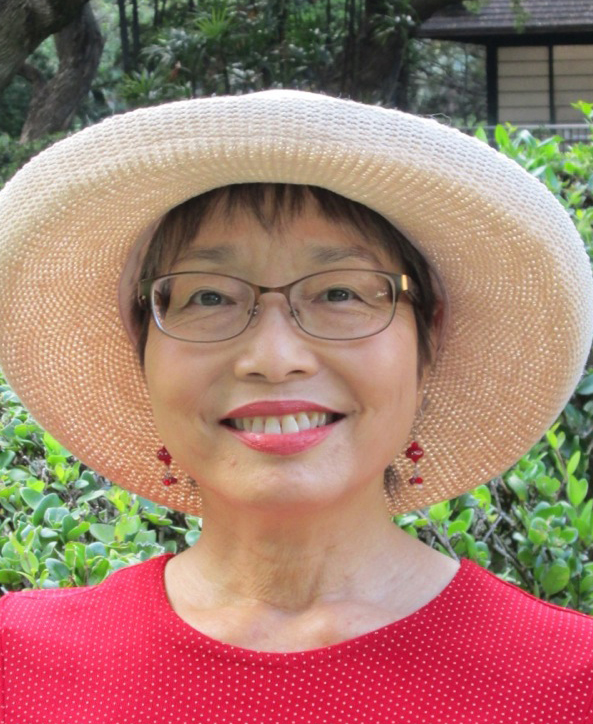 Angela Nishimoto was raised on the windward side of Oahu, works on the leeward side, and lives in Honolulu with her husband. She has published more than forty works of fiction, nonfiction, and poetry, and has completed her first novel, Isabella’s Daughter. She is delighted to appear in Vice-Versa.