Speak softly, lest the souls in slumber deep

awake amidst the dials and pumps entwined,

whose needles pricked the envelope of sleep

and laid to silent rest the weary mind.

who, lifting high the cup, partook of it.

What visions they have witnessed, none can tell.

awaits beyond the countless march of years.

All time is altered in its lonely flight,

and peace has smoothed away their darkest fears.

How deep, how kind, the veil of sleep which lies

upon those ancient, oft-bewildered eyes. 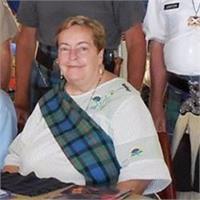 D. F. Sanders has published poetry and articles in anthologies and periodicals since 1976 and is known for her science fiction and fantasy song lyrics.  She is the author of A Hawai`i Book of Days, which has been continuously published in Japanese language editions since July, 2006.  She has been the recipient of the Kolekolea Award for poetry from Windward Community College, as well as an Honorable Mention for poetry in the Lorrin Tarr Gill competition.  In May of 2012, she received the Golden Plover Award from the Windward Arts Council for her poem “Bookmarks.”  Most recently, her poem “Listen” was featured in Pueo, the journal of Windward Community College.