Into the Interior You Will Zoom 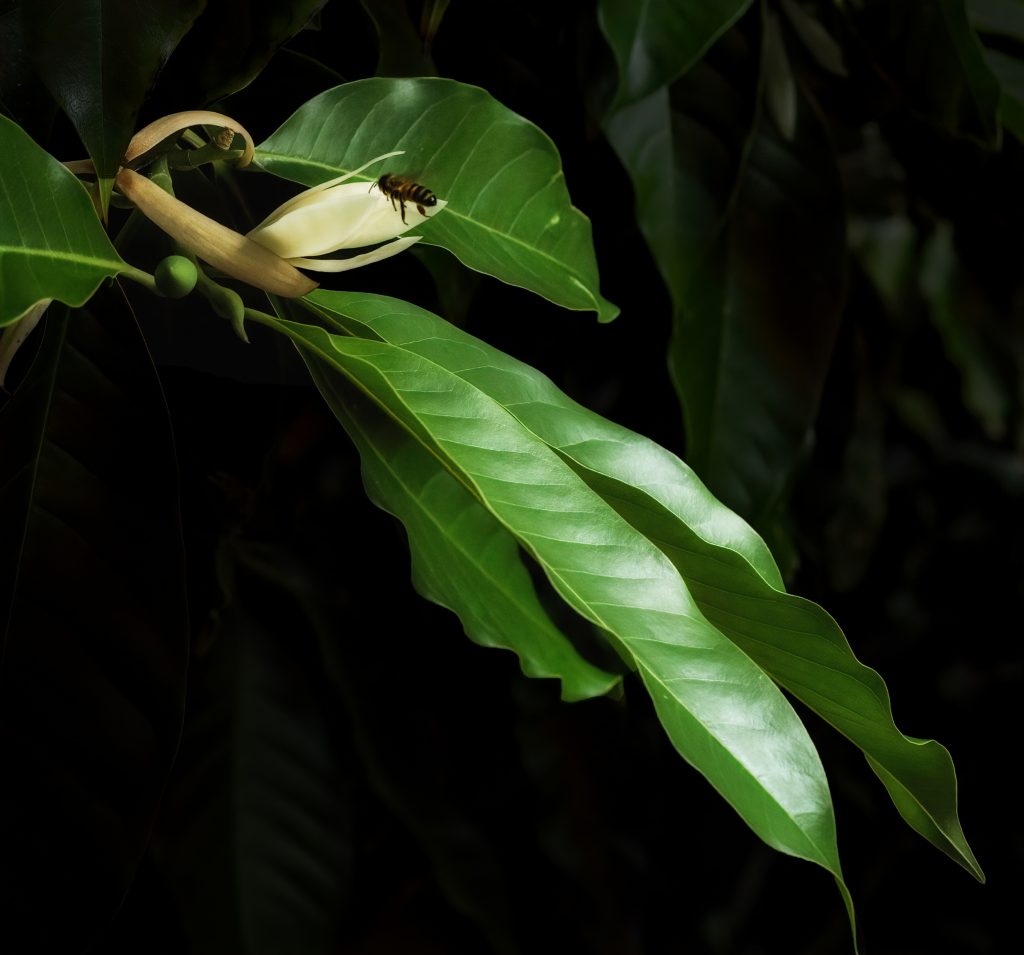 An Interview with Jonathan Morse by Pat Matsueda 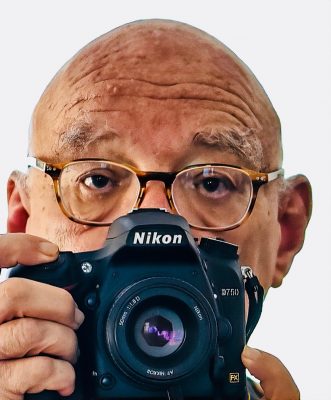 Jonathan Morse’s blog The Art Part displays his photographs and his writing about language and photography.

He says his life in Hawai‘i’s light has been the happy consequence of his years in the Department of English of the University of Hawai‘i at Mānoa.

VV Tell us about the cameras you use: make, model, etc.

JM In March 2019, just three months before I sat down at the computer to answer this question, I acquired my first professional camera: a Nikon D750, which these days I’m mostly using with a 50 mm f1.8 Nikkor lens. Up until then, I believed one of the standard things that photographers believe: what primarily matters in an image isn’t the equipment it’s made with but the imagination it’s conceived with.

I still believe that, too. One reason the Korean ferry Sewol capsized and sank in 2014, with great loss of life, was that a recent rebuild had made the boat top-heavy and unstable—and one of the sources of the lethal new load was an art gallery that the owner insisted on installing. The art-loving owner, an enormously rich man, also considered himself a photographer, and at about the time he built his floating art gallery he rented space in the Louvre itself to display his wildlife photographs. These were wall-size enlargements produced with the finest equipment money could buy, but when they came down in the wake of the Sewol scandal a Sotheby’s auctioneer remarked that he couldn’t even give them away. They actually were junk, even though the camera in the junkman’s hands happened to be a Hasselblad—a very good, very expensive camera, the brand that the U.S. government entrusted to the astronauts who explored the moon. On the moon or down here on earth, it’s the vision that counts most.

But of course it isn’t the only thing that counts. The prosaic reason for buying Nikon was that I already owned several Nikon lenses, and D750 is the prosaic model number of a Nikon with a big, sensitive sensor. But the terms 50 mm, f1.8, and Nikkor mean that this lens has a medium-wide field of view, opens wide to let in lots of light focused narrowly on the subject, and lets the operator that it blesses with its powers of sympathy to move in close.

So yes, I am happy to be using more powerful equipment now. In the way tools do, it extends its users’ power.

VV What settings do you favor? How do you set up your shots?

JM High shutter speeds with medium apertures, generally. As to setting up, I don’t travel much in search of material and I don’t yet have a studio, so I mostly just lurk in the vicinity of interesting backgrounds and hope for a subject to show up and strike a pose.

VV Your images of birds and cats are not mere photographs. They are intensely vivid portraits in which you manage to capture the animals’ interior existence. Can you talk about that?

JM I can not only talk, I can answer the question with a quote from Gertrude Stein’s 1938 book Picasso: “One sees what one sees.” In context (read the book! it’s great!), the quote means that if you can realize that the shapes and colors you see through your viewfinder are not reconstructions from memory (“That’s my friend Fred”) but, well, shapes and colors, then shapes and colors are what will reproduce themselves in the image you create. At that point, the distinction between outer appearance (shape!) and inner essence (Fred!) will diminish and maybe even disappear—and into the interior you’ll zoom.

VV You often pair poetry and images. Who are the poets you draw on most often, and what about their work draws you to them?

JM I think it’s usually a rhythm working in tandem with a metaphor. The association with that to a specific author with a specific name usually follows as a secondary thing, I think. Interesting unanswerable question!

VV These two images are beautiful examples of your studies of light—or rather the balance of light and dark. What settings did you use, and how were you able to get the cats to show you their emotions? In other words, tell us about these cats: who are they, and how did you meet them and come to earn their trust? 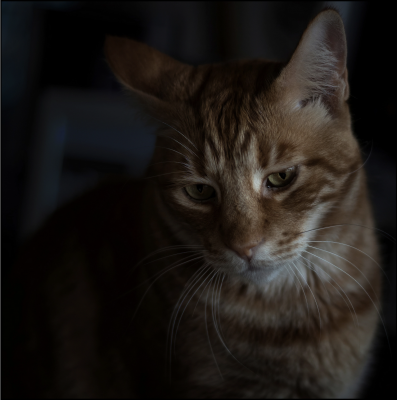 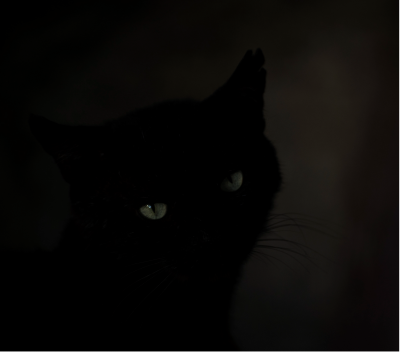 JM But Pat, it isn’t the model that makes the portrait, it’s the artist! Compare the two portraits of Robinson Jeffers here: one taken by a professional competent enough to have worked for Life in the days when it was a major publisher of photojournalism, but the other taken by my particular photohero, Edward Weston—and then, as a bonus, thought about by Weston in its own aftermath.

The link will also take you to a famous passage in Weston’s Daybooks where he talks about becoming one with his apparatus.

But since you ask about the cats…

The yellow one belongs to a neighbor but spends most of his time with us. Before Photoshop and I went to work on his portrait, it showed him sitting on a table in front of some other pictures, framed. He’s friendly and outgoing. The black cat, per contra, is totally feral. He shows up for meals on the porch, but if a person gets within six feet of him, he’s gone. He also has a face full of scars, but when I composed this picture of him it was blackness only that I had in mind.

For that idea of purposiveness, compare another pair of portraits, these two by major photographers: Yousuf Karsh’s Humphrey Bogart, famously achieved by setting up a special spotlight just for the cigarette smoke, and Moisei Nappelbaum’s Maxim Gorky, famously achieved by painting a background directly onto the negative and flattening out the composition into something bendy like a Cézanne.

I’d really like to take pictures of people myself, but for reasons that Lewis Carroll wrote a whole long poem about, I generally don’t.

VV You seem to be a master of Photoshop. 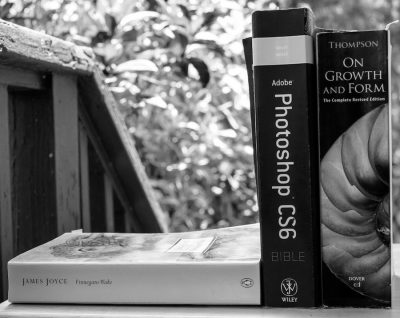 JM Humorous editor Matsueda! My Photoshop manual stands between two other classics that I’ve yet to read all the way through. The three texts have this in common: they’re not only thick, they’re dense.

VV Did you take classes to learn it, or did you teach yourself?

JM I’m trying to teach myself. I’ve been trying for years.

VV What Photoshop tools do you use most often?

JM Aside from routine adjustments, these days I’m trying to work with a couple of computer add-ons that use artificial intelligence to bring out latent content: Topaz AI Clear and Topaz Sharpen AI.

VV On average, how many hours of intense work does it take to produce an image to your liking?

JM I think about two. I rarely can post-process more than one image a day.

VV You’ve captured birds in flight, insects poised over flowers, and other remarkable things. Do you use a tripod, flash, and other tools of the trade?

JM Flash, seldom; tripod, almost never. For the kind of pictures I take, modern camera technology—vibration-reduction lenses, fast sensors, artificial-intelligence processing, etc.—reduces the need, and there’s nothing that comes even close to the richness of tropical sunlight, even when it’s behind clouds.

And flash, specifically, I tend to associate with scandal. The classic flash guy was Weegee (1899–1968), he of the crime-scene photographs with dead whites in the spectators’ leering faces and rich blacks in the dust-flecked flows of blood across pavement. Our time, but perhaps less productively, has given us the fashion photographer Terry Richardson, who inserts his own leering face, his camera with its winking flash, and sometimes his penis into his purposely glary, washed-out, look-at-what-I’m-getting-away-with! shots; and the street photographer Bruce Gilden, who gets right into the faces of his victims with a hand-held flash that brings out with microtome contrast every pimple and every uncared-for tooth and every dirty thread in every sad stupid hat.

That’s not me. I don’t think of my equipment as a marital aid. Weegee’s witches’ sabbaths at least had the virtue of being for real.

VV I see you are a trickster in interviewee clothing.

JM Sorry! And/or thanks!

VV How has being an English professor influenced your photography?

JM Actually, before I was an English professor I was a microbiologist, and I think I’d have to say that that’s been my primary influence, by way of both parts of the word. On the micro side I seem to focus more on the details of what I see than on an overall idea of what it is, and on the biology side I think I’m drawn to change, especially change that seems to come from something within. That is, life.

Something that may be related to the biology part is my chronic case of historian-envy. All that life in the past, just around the corner behind us, I try to see again in the century-old images that I restore and blog about. But the past remains past, and about that there’s nothing to be done except open a Norton anthology and look for a poem.

VV You challenge the safe, the mainstream, the canonical with your art. What led to your taking this subversive tack?

JM I’m not sure I can answer that question as it’s phrased, because I don’t really think of myself as a challenger, let alone a subversive. All I am, I suppose, is a reader of photographic history as it was made during the Modernist era, a century ago. If I had to put myself into a theory box, I should think most of my boxmates would be Russian Formalists like Viktor Shklovsky, the man who said, “Art is a means of experiencing the process of creativity. The artifact itself is quite unimportant.” What that means in practice was worked out during the Modernist era by artists like Gertrude Stein (who said, “One sees what one sees”) and Pablo Picasso (who learned from ideas like that that he could see a bicycle saddle as a bull) and my own photohero, Edward Weston, who put a green pepper into a tin funnel to reflect the light onto it from all around, photographed it for a long time at a tiny aperture to make every tiny individual reflection from its skin show in the print as a separate and distinct light event, and emerged from the encounter with an intimate knowledge of light events and curvy form that he then vouchsafed to us.

An opposite way of seeing is the photojournalist’s way—the way, for instance, of Henri Cartier-Bresson, with his restless search all over the world for what he called decisive moments. That term, The Decisive Moment, is the title of his most famous collection. But another term that Cartier-Bresson coined was “ATAR,” which stood scornfully for “Another tree, another rock”—that is, the photography of subjects seen solely as images, in the abstract, that Weston practiced. Of course there are important truths to be seen in the text-connected images of current events that photojournalists post day after day to our monitors, but in a leaf I think there may be other kinds of truths which don’t get looked for as much. So I go looking for those.

And after Weston photographed his pepper, he ate it. He knew it so well by then that he and it were on intimate terms. I bet the pepper was happy too.