The taxi driver was made of stone. Or so it seemed, for as he ferried Jules from his housing estate in Aljunied toward his morning destination, the man spoke not a word, not even an acknowledgment of where they were going, not even a grunt to show that he was alive. Perfectly still he sat, nigh immobile, with only the turning of the steering wheel to preclude any assumption that he was, in fact, a statue rather than a human being.

Jules appreciated the silence. The modus operandi of the majority of Singaporean taxi drivers, at least in his experience, was boisterous loquaciousness, the activity of eager sponges willing to chat on almost any subject imaginable: the government, the road taxes, the building of the new casino (euphemistically labelled the Integrated Resort), their upbringing, their schooling (especially once they sussed out that Jules was a teacher), the water fights with Malaysia, the charismatic and calm new president of the United States (once they discovered Jules was American). All these topics and many more: was he married, was his wife Singaporean, was she ethnically Chinese, how much did he pay for his flat, why was he living in an HDB estate rather than a condo, did he have children, was he disappointed he had a daughter rather than a son, when would he be trying for his next child, in which primary school did he plan to enroll the aforementioned daughter, et cetera, et cetera, ad infinitum. Jules found it difficult to deny the answers to these questions, so affable were these taximen, but the process drained him, bled him of strength, transforming him into an utterer of monosyllabic affirmations.

The landscape of early-morning Singapore rolled past, concrete and glass and steel and carefully managed nature, and Jules thought of what awaited him once the taxi arrived at his destination and once he alighted in the secondary school’s car park, his eyes still heavy with too little sleep, his canvas messenger bag weighed down with marked tests. His later class of the day was to be observed by his reporting officer, his immediate supervisor, the head of the English department, and the Dean of Student Development. Once a year he was subjected to this hour-long torture, set to stammering and sweating and nervous bloviation in the face of his superiors, a process to cast an eye to his teaching methods and the effectiveness of such, but that instead made of him an utter wreck, so different from how he was during his normal lessons, full of lightness and whimsy and passion. So aware was he that this annual observation directly affected the quantum of his year-end bonus and raised the question of his suitability for employment that he gibbered and stumbled through the entirety of these sixty minutes of hell.

The mere thought of his forthcoming observation unleashed a fine patina of saline around the perimeter of his face, in his armpits, down the small of his back, and between the cheeks of his buttocks, dampening his dress shirt and slacks in places that were quickly chilled by the overpowering air con of the taxi’s interior. Were he a stronger man, of more confidence and extroversion, he would have instructed the mute, stone-like taxi driver to return him home, to his wife and his infant daughter, or better yet, to just drive and drive over Singapore’s expressways and flyovers and slip roads until the fare outstripped the cash in his wallet, but look there at the driver’s electronic payment machine—cashless funds transfer— and he with his debit card, so they could roll over asphalt and concrete until his bank account bled dry if he wanted. Would he dare? Could he shirk? Was he a shirker?

But Jules was not even given the chance to propose such a reckless, irresponsible action, for it was in that moment a vast fluttering of shadows filled the sky in front of them, an amorphous assemblage of darkness that still somehow featured coherence, as if a cognizant storm cloud, changing size, changing shape, but retaining a level of concrete thing-ness that allowed Jules to continue referring to it as one singular item. As the taxi sped ineluctably toward it, and as it pushed, twisted, and writhed its way toward the taxi, Jules had the momentary thought that all of his pressures both at work and at home, all of the stressors that coalesced his daily existence into a knot of worry in the pit of his guts, all of these things had finally driven him mad. Chauffeured by a sculpted simulacrum toward a vast patch of malevolent darkness—yes, he could only be mad.

Jules exhaled, his muscles unclenched, the sweat dried on his skin. He had snapped, so be it. A calm acceptance washed over him, as if he were plunging into the coolness of a neighbourhood swimming pool on one of Singapore’s many sweltering days. The other vehicles on the expressway had, at some point without him noticing, vanished, disappeared from the roadway, possibly as a result of the oncoming storm, or maybe as another function of his madness. He took a deep breath, the crisp, dry, conditioned air seeping into his lungs, and as he exhaled, the fluttering darkness descended and enshrouded the taxi.

Butterflies. A swarm of fuliginous butterflies, black as the void of space, thousands of them, millions of them, settling on every square centimetre of the taxi’s exterior, bringing with them a barely detectable scent of night-blooming jasmine. Jules tried to recall the word for a group of butterflies: was it a swarm? No, he remembered instead the word rabble. A rabble of butterflies. And as the rabble adjusted on legs so small that Jules could scarcely make them out through the taxi’s side windows and front windscreen, there was a collective moment of polarisation, as if an enormous magnet in the sky had lined them all up like an agglomeration of iron filings. As one, the butterfly wings flapped downward, and the taxi lurched.

Jules reached out to touch the driver’s face and found the surface, rather than giving and pliable, hard and rough. He rapped knuckles on the back of the driver’s head, abrading it and causing a fine mist of masonry dust to drift downward. Jules leaned back again, and although the view out of the taxi’s glass was completely obscured by the butterflies, he could still feel reality beyond, but the connection became more tenuous with every passing second and with every flap from the attached lepidoptera. As a child, he had often imagined that each automobile excursion was an elaborate facade, that the vehicle in fact remained stationary and the world rolling by was merely a complex illusion transmitted on a series of seamlessly connected projection screens. This impression revisited him now, as the flapping increased, and the taxi groaned and thunked and then humped itself upward, releasing its gravitational contact with the highway.

Now airborne, the taxi lifted up into the early-morning skies of Singapore, to ascend above industrial hydrocarbon fumes and the constant hum and clank of progress, above stress and worry and the relentless pace of productivity. Jules recalled that butterflies were originally thought—by whom he could not recollect—to be witches in disguise, consuming edibles carelessly left uncovered. Was this then his fate: consumption by the aggregated rabble, piecemeal digestion in infinitesimally small stomachs? If the experience was indeed a breakage in his mental faculties rather than a fantastical event that was intruding into consensus reality—a supposition that he became more unsure of with each successive flap of tiny wings—then it did not really matter, did it?

He adjusted his posture, closed his eyes, and inhaled the faint hint of jasmine. Were he to ever return home, he would search out the fragrance as a present for his wife, but for now, he breathed it in—the smell of freedom, perhaps, or release, a manumission of the self. 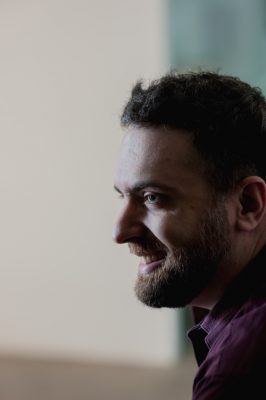 Jason Erik Lundberg was born in New York, grew up in North Carolina, and has lived in Singapore since 2007. He is the author and anthologist of over twenty books, including Red Dot Irreal (2011), The Alchemy of Happiness (2012), Fish Eats Lion (2012), Strange Mammals (2013), Embracing the Strange (2013), the six-book Bo Bo and Cha Cha children’s picture book series (2012–2015), Carol the Coral (2016), and the biennial Best New Singaporean Short Stories anthology series (2013–2019). He is also the fiction editor at Epigram Books in Singapore (where the books he’s edited have won multiple awards, and made various year’s best lists since 2012), as well as the founding editor of LONTAR: The Journal of Southeast Asian Speculative Fiction (2012–2018). His writing has been anthologized widely, shortlisted for multiple awards, honorably mentioned twice in The Year’s Best Fantasy and Horror, and translated into half a dozen languages. His latest publications are a novella, Diary of One Who Disappeared (recipient of a 2013 Creation Grant from Singapore’s National Arts Council), and a “greatest hits” short story collection, Most Excellent and Lamentable: Selected Stories, both published by Epigram Books in 2019.