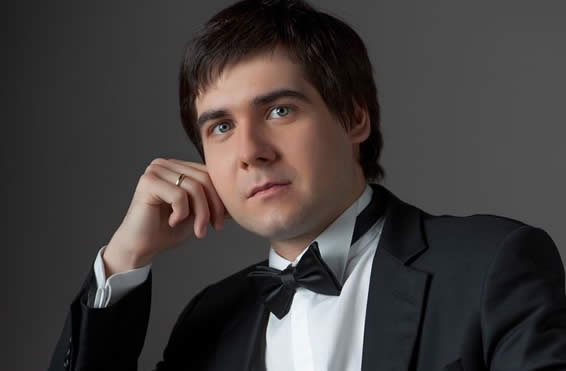 He has worked with Yuri Bashmet, Vladimir Spivakov, and other distinguished conductors, and has performed across the globe in Austria, China, the Czech Republic, Finland, France, Germany, Israel, Italy, Japan, Lithuania, Poland, Romania, Russia, Switzerland, and the United States.

He released recordings of Liszt, Rachmaninov, and Medtner on Russia`s TV Culture label in 2009. An avid chamber musician as well, he performed and recorded a CD with violinist Alena Baeva, and formed a piano duo with Andrey Gugnin which they dubbed `iDuo.`

A University of Hawaii at Manoa Outreach College production. Part of a Performing Arts Presenters of Hawaii tour.