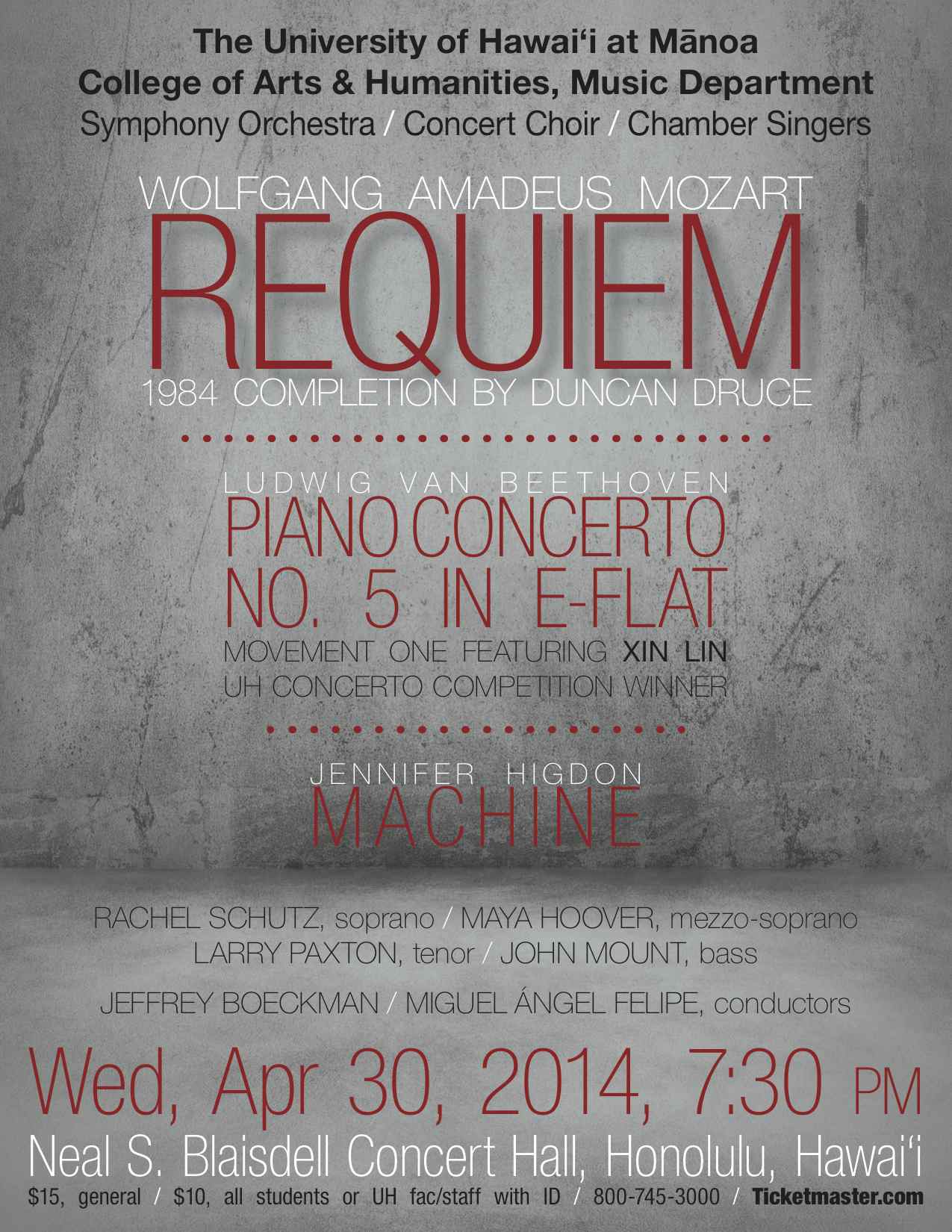 The University of Hawaiâ€˜i at MÄnoa Orchestra and Choirs are preparing for a rare premiere of a major work by Mozart. The catch? Itâ€™s Mozartâ€™s 1791 Requiem that was left incomplete at his death. Most performers through history have used the completion by Mozart student Franz Xaver SÃ¼ssmayr: a sort of â€˜standardâ€™ edition. While some curious to explore the incomplete Requiem have turned to Robert D. Levinâ€™s more recent completion from the early 1990s, few in the United States have heard the adventurous and robust 1984 completion by British composer, string player, and musicologist Duncan Druce. Completed in the style of the mature, late Mozart, Druce expands many of the movements SÃ¼ssmayr completed more abruptly.

Rounding out the program is the local premiere of Pulitzer Prizeâ€“winning composer Jennifer Higdonâ€™s overture Machine and the first movement of Beethovenâ€™s â€œEmperorâ€ Piano Concerto number five in E-flat. The concerto will be played by UH graduate student Xin Lin, a native of the Fujian Province in China. Lin is a winner of the Universityâ€™s annual Concerto Competition.

The performance is dedicated to retired, emeritus UH professor, Dr. Robert S. Hines, who passed on April 10, 2014, a nationally respected musician, educator, author, and composer/arranger. He arrived in Hawaiâ€˜i in 1972 to serve as UHMâ€™s Director of Choral Activities. By 1994 when he retired, however, he had risen to Dean of the College of Arts & Humanities, a position he held for ten years.