The Indian Ocean in the Age of Nationalism 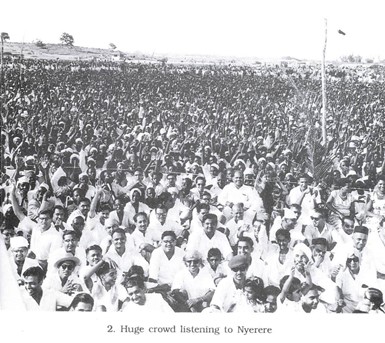 Professor Ned Bertz (Associate Professor, History) will present Mobility, Migration, Diaspora, Nation: The Indian Ocean in the Age of Nationalism as the second event of this yearâ€™s History Workshop on People in Motion: Histories of Human Geographic Mobility and Immobility.

The western Indian Ocean was stitched together as a coherent historical space through mobility and exchange across its waters. Colonialism and nationalism altered older patterns of migratory circulations and increasingly locked far-flung diasporas within nation states. While colonial states tried to create societies in which racial, ethnic, and religious groups lived in aloof coexistence, economic, political, and cultural lives remained deeply interlocked across empires. Later, while post-independence governments attempted to assimilate diverse citizens to singular national identities, older Indian Ocean ways of understanding difference were sustained for decades. For many residents, even immobile ones, the sense of belonging to a transoceanic area continued as a result of the persistence of networks and the awareness of connected pasts. Through urban historical ethnographies based on interviews and archival sources from East Africa and India, this paper will suggest models to study mobility in the Indian Ocean that move away from those imposed by colonial powers or based on studies of Western nation states.