An Afternoon with Novelist Joseph Han 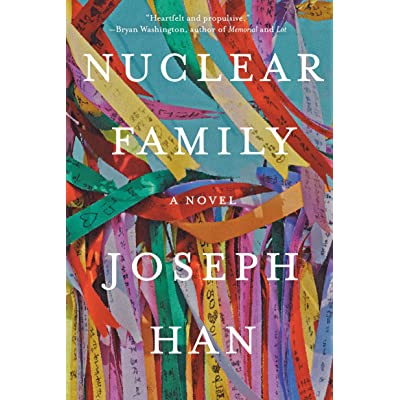 Set in the months leading up to the 2018 nuclear missile false alarm, a Korean American family living in Hawai'i faces the fallout of their eldest son's attempt to run across the Demilitarized Zone into North Korea in this "fresh, inventive, and at times, hilarious novel" (Kaui Hart Hemmings, author of The Descendants) Joseph Han was born in Korea and raised in Honolulu, Hawaiʻi. His writing has appeared the New York Times Magazine, Lit Hub, Catapult, and McSweeney’s Internet Tendency. A recipient of a Kundiman Fellowship in Fiction, he received a Ph.D. in English and Creative Writing at the University of Hawaiʻi at Mānoa. Currently, he’s an affiliate fiction faculty at the Antioch University Los Angeles low-residency MFA in Creative Writing program. Hanʻs debut novel, Nuclear Family, which was released in June, was named a New York Times Book Review Editors’ Choice, and a 2022 National Book Foundation 5 under 35 Honoree.