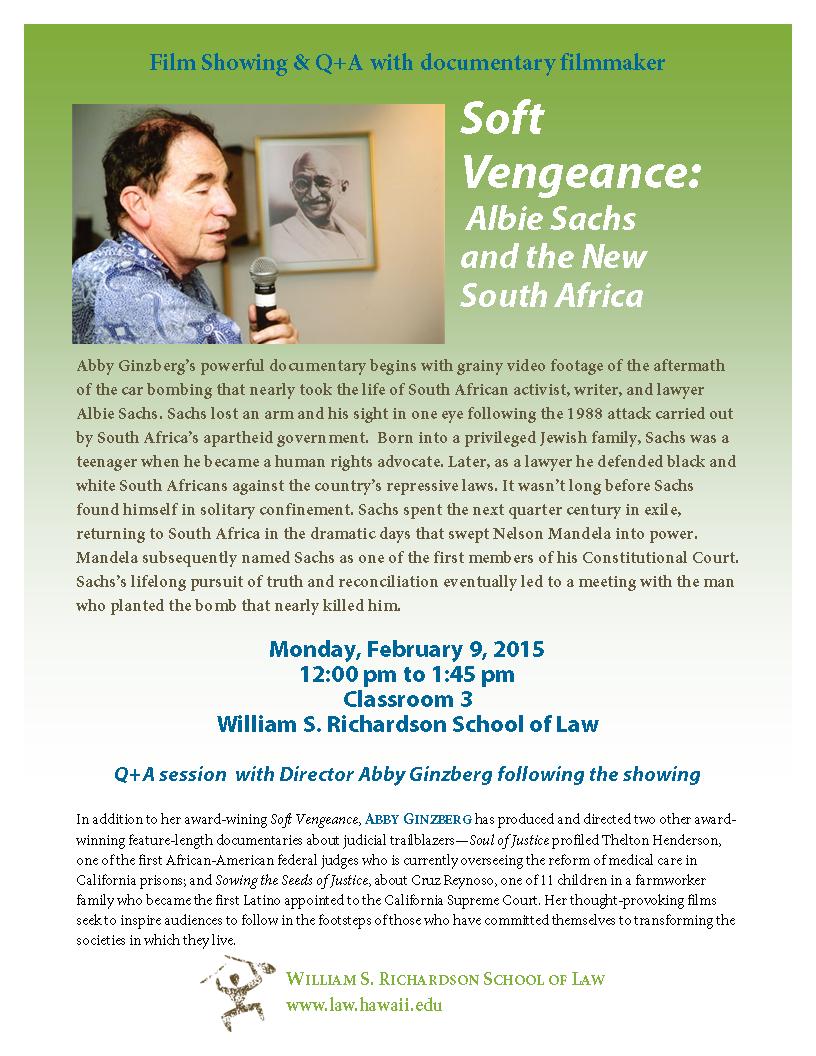 Abby Ginzbergâ€™s powerful documentary begins with grainy video footage of the aftermath of the car bombing that nearly took the life of South African activist, writer, and lawyer Albie Sachs. Sachs lost an arm and his sight in one eye following the 1988 attack carried out by South Africaâ€™s apartheid government. Born into a privileged Jewish family, Sachs was a teenager when he became a human rights advocate. Later, as a lawyer he defended black and white South Africans against the countryâ€™s repressive laws. It wasnâ€™t long before Sachs found himself in solitary confinement. Sachs spent the next quarter century in exile, returning to South Africa in the dramatic days that swept Nelson Mandela into power. Mandela subsequently named Sachs as one of the first members of his Constitutional Court. Sachsâ€™s lifelong pursuit of truth and reconciliation eventually led to a meeting with the man who planted the bomb that nearly killed him.

In addition to her award-winingÂ Soft Vengeance,Â ABBY GINZBERGÂ has produced and directed two other award-winning feature-length documentaries about judicial trailblazersâ€”Soul of JusticeÂ profiled Thelton Henderson, one of the first African-American federal judges who is currently overseeing the reform of medical care in California prisons; andÂ Sowing the Seeds of Justice,Â about Cruz Reynoso,Â one of 11 children in a farmworker family who became the first Latino appointed to the California Supreme Court.Â Her thought-provoking films seek to inspire audiences to follow in the footsteps of those who have committed themselves to transforming the societies in which they live.