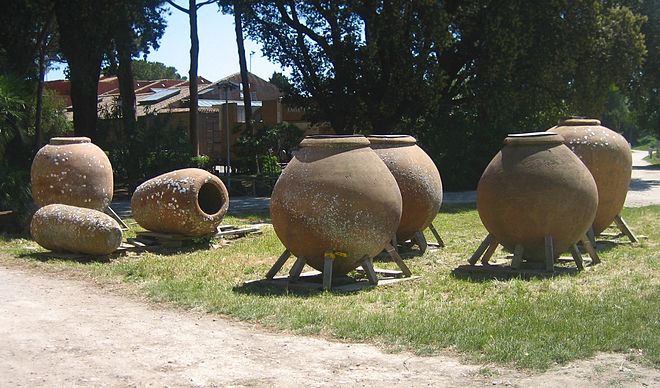 Rome’s far-flung territorial empire had a sophisticated regime for the storage and distribution of food to feed the city of Rome. Before refrigeration and major advances in transportation, the orchestration of this colossal apparatus relied heavily on artisans, farmers, porters, and other workers living in the shadow of the epicenter of a Mediterranean empire. This talk examines the storage and packaging containers and their industries for the Roman wine trade, with special focus on the dolium, the largest type of container in antiquity. Used primarily for the fermentation and storage of wine, dolia were expensive and labor-intensive investments. Studying dolia brings to light the ingenuity, cross-craft fertilizations, collaborations, and social and economic constraints of humble craftspeople living and working in the Roman Empire.