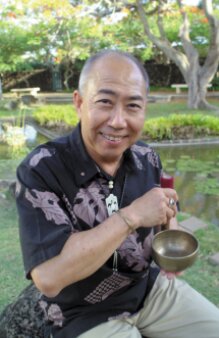 Dann Seki is a stage and screen actor as well as a storyteller.  He is a member of the Screen Actors Guild/American Federation of Television and Radio Artists (SAG/AFTRA). As an actor, he has appeared in numerous local commercials, television shows filmed in Hawai'i, and on stage at local theatres. A storyteller since 1994, he has performed statewide at libraries and senior centers, at the Windward Community College Storytelling Festival, the Talk Story Festival, First Night Hawai'i, on a statewide tour of “Pearl Harbor Remembered,” and many other storytelling events.

Dann's Program will consist of the following:

January 13 - 1915 The Three Treasures: Myths of Old Japan-The Girl with the Bowl on Her Head, The Mirror of Matsuyama, Chin Chin Kobakama, The Sennin, The Jellyfish and the Monkey, The Listening Cap