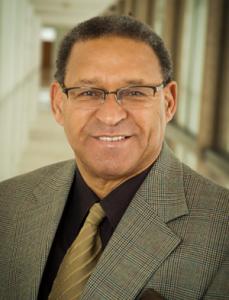 â€œJustice, Reconciliation, and the Politics of Hope in South Africaâ€™s Rainbow Nationâ€

Born in 1946, in Kakamas, Northern Cape, South Africa, Rev. Dr. Allan Aubrey Boesak is a theologian, humanitarian, prolific author, and tireless advocate for social justice. Since gaining international acclaim for his doctoral dissertation, â€œFarewell to Innocence,â€ nearly four decades ago, Boesak has emerged as one of the worldâ€™s preeminent authorities on liberation theology. Boesak earned his doctorate in theology from the Protestant Theological University in Kampen, the Netherlands.

His early activism and service led to international recognition as an influential leader in the fight against apartheid. During the 1980s he worked alongside Desmond Tutu and Nelson Mandela to lead efforts against apartheid and promote reconciliation.

He taught and lectured at several theological institutions, colleges, and universities throughout North America, Asia, and Europe. His life work has resulted in multiple honorary doctoral degrees, numerous honors and awards, and many publications.

This free public event is sponsored, in part, by the MÄnoa Chancellorâ€™s Distinguished Lecture Series and the University of Hawaiâ€™i Foundation.