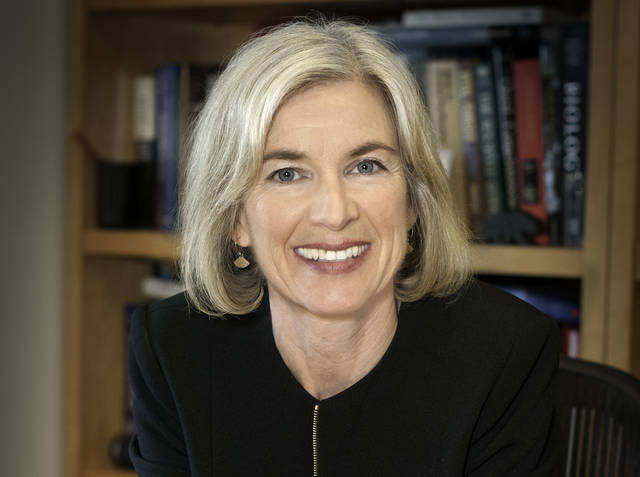 Dr. Doudna is professor of chemistry at the Department of Chemistry and Chemical Engineering, and Professor of Biochemistry and Molecular Biology at the Department of Molecular and Cell Biology at the University of California, Berkeley. She has been an investigator with the Howard Hughes Medical Institute (HHMI) since 1997. She directs the Innovative Genomics Institute, a joint UC Berkeley-UC San Francisco center and holds Li Ka Shing Chancellorâ€™s Professorship in Biomedicine and Health, and is the chair of the Chancellorâ€™s Advisor Committee on Biology at UC Berkeley.

Doudna has been a leading figure in what is referred to as the â€œCRISPR revolutionâ€ for her fundamental work and leadership in developing CRISPR-mediated genome editing. In 2012 Doudna and Emmanuelle Charpentier were the first to propose that CRISPR/Cas9 could be used for programmable gene editing, which is now considered one of the most significant discoveries in the history of biology. Their work has since been further developed by many research groups for applications ranging from fundamental protein research to treatments for diseases including sickle cell anemia, cystic fibrosis, Huntingtonâ€™s disease, and HIV.