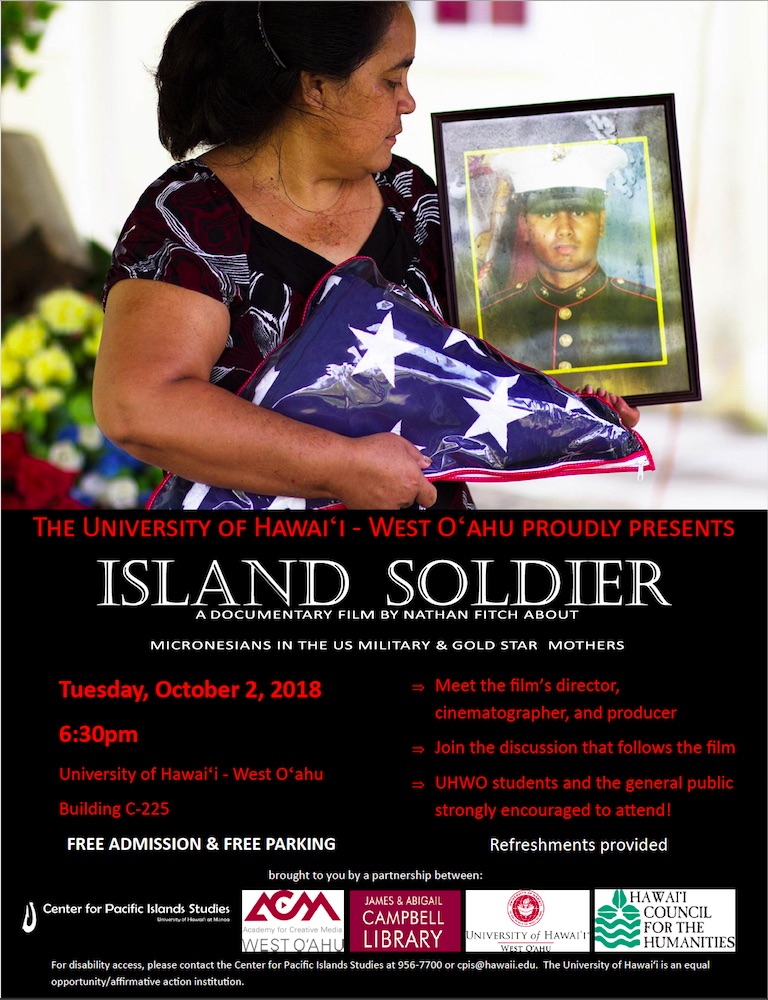 The students, faculty, and staff of the University of HawaiÊ»i â€“ West OÊ»ahu, and members of the community on Oâ€™ahuâ€™s Leeward side are invited to a free, public screening of Island Soldier at 6:30 p.m., Tuesday, Oct. 2, in Campus Center C225. Refreshments will be provided.

The documentary follows members from a family living in the Federated States of Micronesia to military training and then to the battlefields of Afghanistan. The film weaves together the personal journeys undertaken by Pacific Islander soldiers and their families on the island of Kosrae. The island is one of four states that make up the Federated States of Micronesia, an independent nation of 100,000 citizens, and a protectorate of the United States.

Director, cinematographer, and producer Nathan Fitch will be at the screening, leading a discussion after the film and answering any questions. Fitch, who works in the video department of The New Yorker magazine, has had work featured in the New York Times, TIME magazine, and the National Film Board of Canada.