Who is that Masked Man? Fan Identity in Cosplay and Costuming 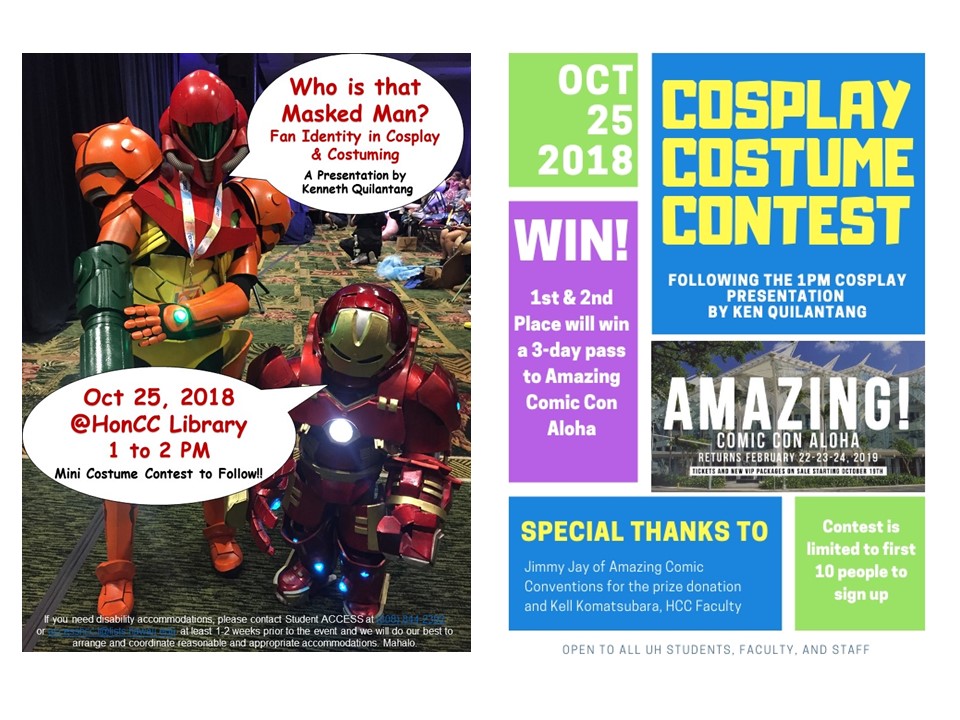 Come on and dress up! Putting on a costume isnâ€™t just for Halloween anymore. Cosplay and costuming have grown in popularity over the last few years, but a rich history of crafting, performing, and expressing their creations has been around since the early 19th century. Learn about the history of costuming and cosplay, how changing identity can be as simple as putting on a costume, and some techniques to create your own! After the presentation, a mini-costume contest will be held so come dressed for battle!