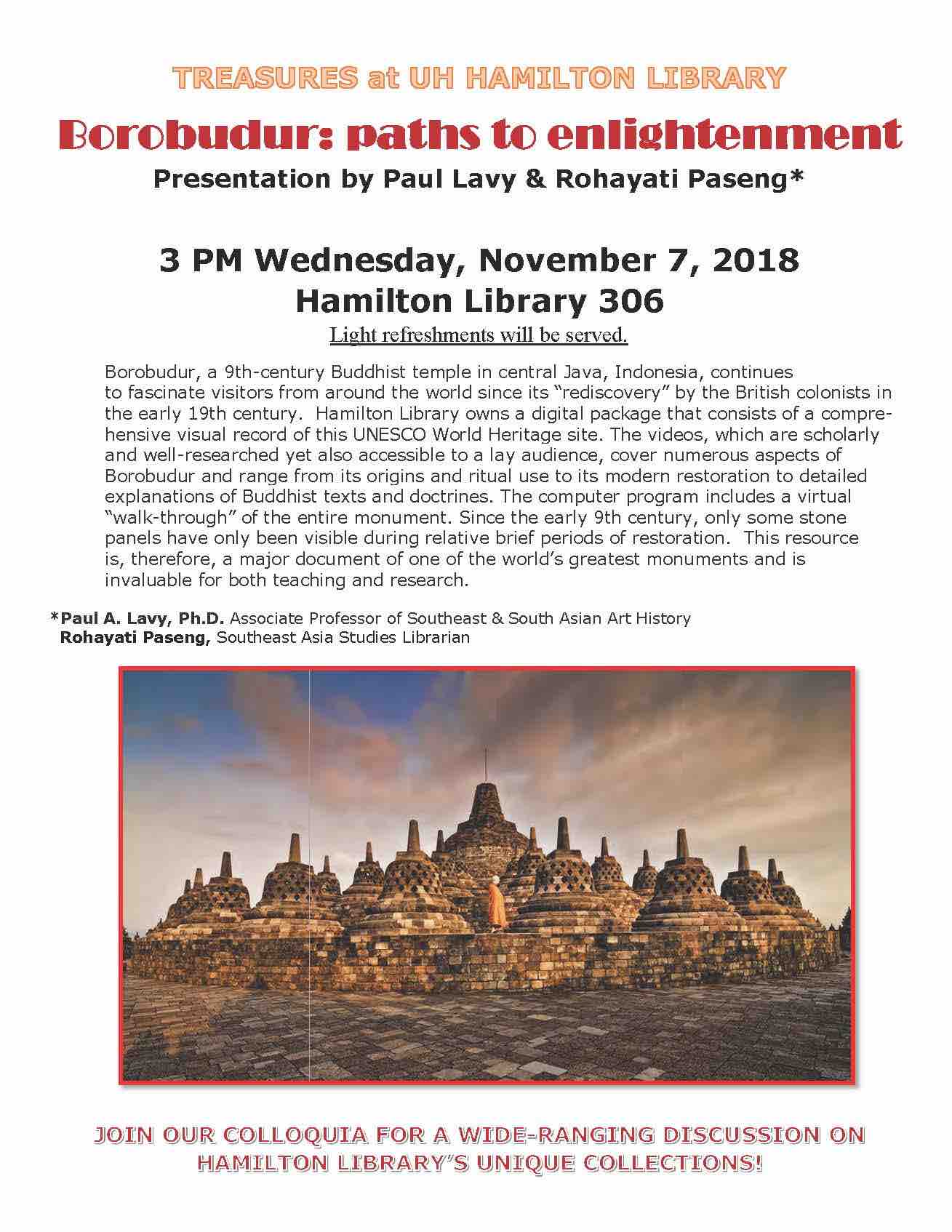 Borobudur, a 9th-century Buddhist temple in central Java, Indonesia, continues to fascinate visitors from around the world since its â€œrediscoveryâ€ by the British colonists in the early 19th century.

Hamilton Library owns a digital package that consists of a comprehensive visual record of this UNESCO World Heritage site. The videos, which are scholarly and well-researched yet also accessible to a lay audience, cover numerous aspects of Borobudur and range from its origins and ritual use to its modern restoration to detailed explanations of Buddhist texts and doctrines. The computer program includes a virtual â€œwalk-throughâ€ of the entire monument. Since the early 9th century, only some stone panels have been visible only during relative brief periods of restoration. This resource is, therefore, a major document of one of the worldâ€™s greatest monuments and is invaluable for both teaching and research.

This talk will be presented by Professor Paul A. Lavy, Southeast & South Asian Art History, and Rohayati Paseng, Southeast Asia Studies Librarian. This is the second of the library colloquia for AY 2018-2019 by the Library Treasures Initiative, sponsored by Hamilton Library.