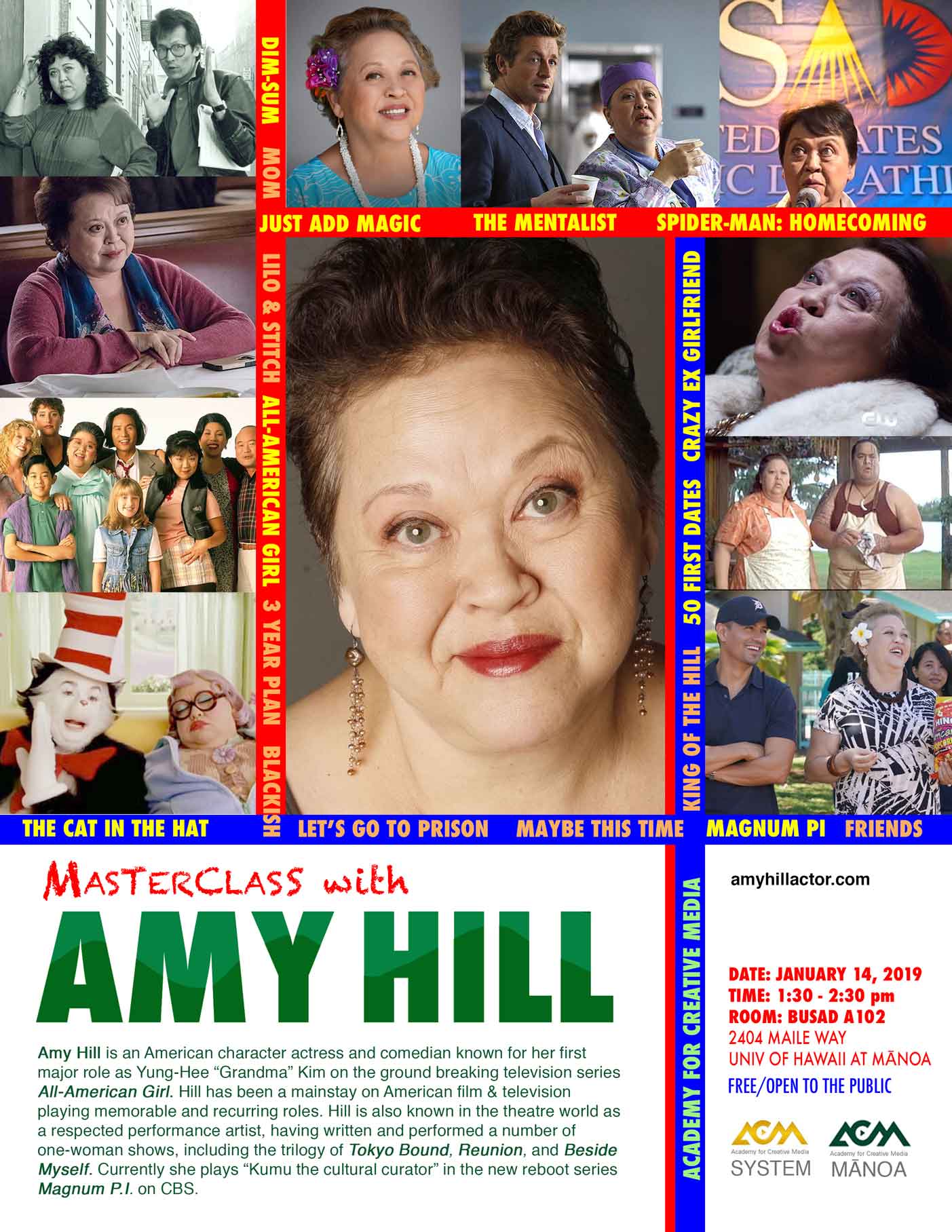 Amy Hill is an American character actress and comedian known for her first major role as Yung-Hee â€œGrandmaâ€ Kim on the ground breaking television series "All-American Girl." Hill has been a mainstay on American film & television playing memorable and recurring roles. Hill is also known in the theatre world as a respected performance artist, having written and performed a number of one-woman shows, including the trilogy of "Tokyo Bound," "Reunion," and "Beside Myself."

Currently she plays â€œKumu the cultural curatorâ€ in the new reboot series "Magnum P.I." on CBS .

This Masterclass will be presented in the Academy for Creative Media's "Cinematic Narrative Production" course and is open to the public.