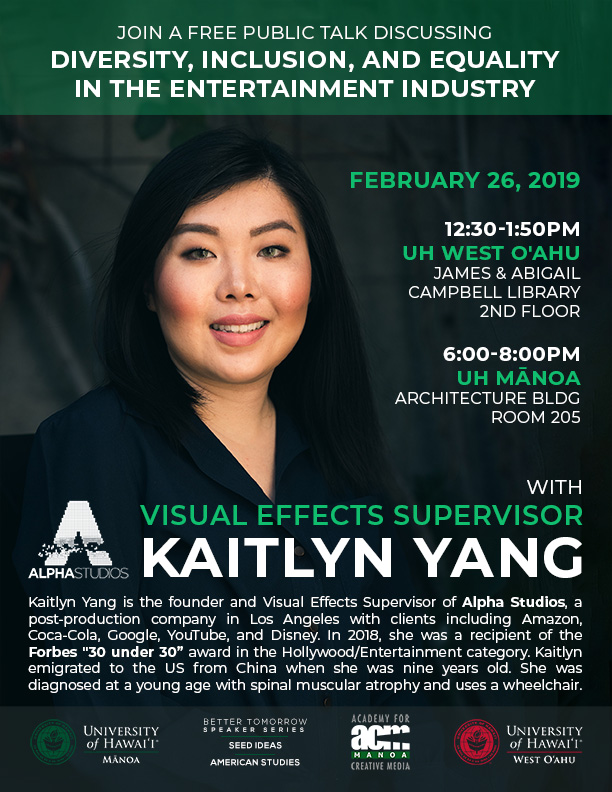 Join a free public talk with Visual Effects Supervisor Kaitlyn Yang, who will discuss diversity, inclusion, and equality in the entertainment industry.

Kaitlyn Yang is the founder and Visual Effects Supervisor of Alpha Studios, a post-production company in Los Angeles with clients including Amazon, Coca-Cola, Google, YouTube, and Disney. In 2018, she was a recipient of the Forbes "30 under 30â€ award in the Hollywood/Entertainment category. Kaitlyn emigrated to the US from China when she was nine years old. She was diagnosed at a young age with spinal muscular atrophy and uses a wheelchair. While working as a freelancer with major studios in Los Angeles, she recognized there arenâ€™t many women working in supervisor level roles in visual effects. This prompted her to start her own visual effects company, and she is determined to set a precedent for change in the entertainment industry.