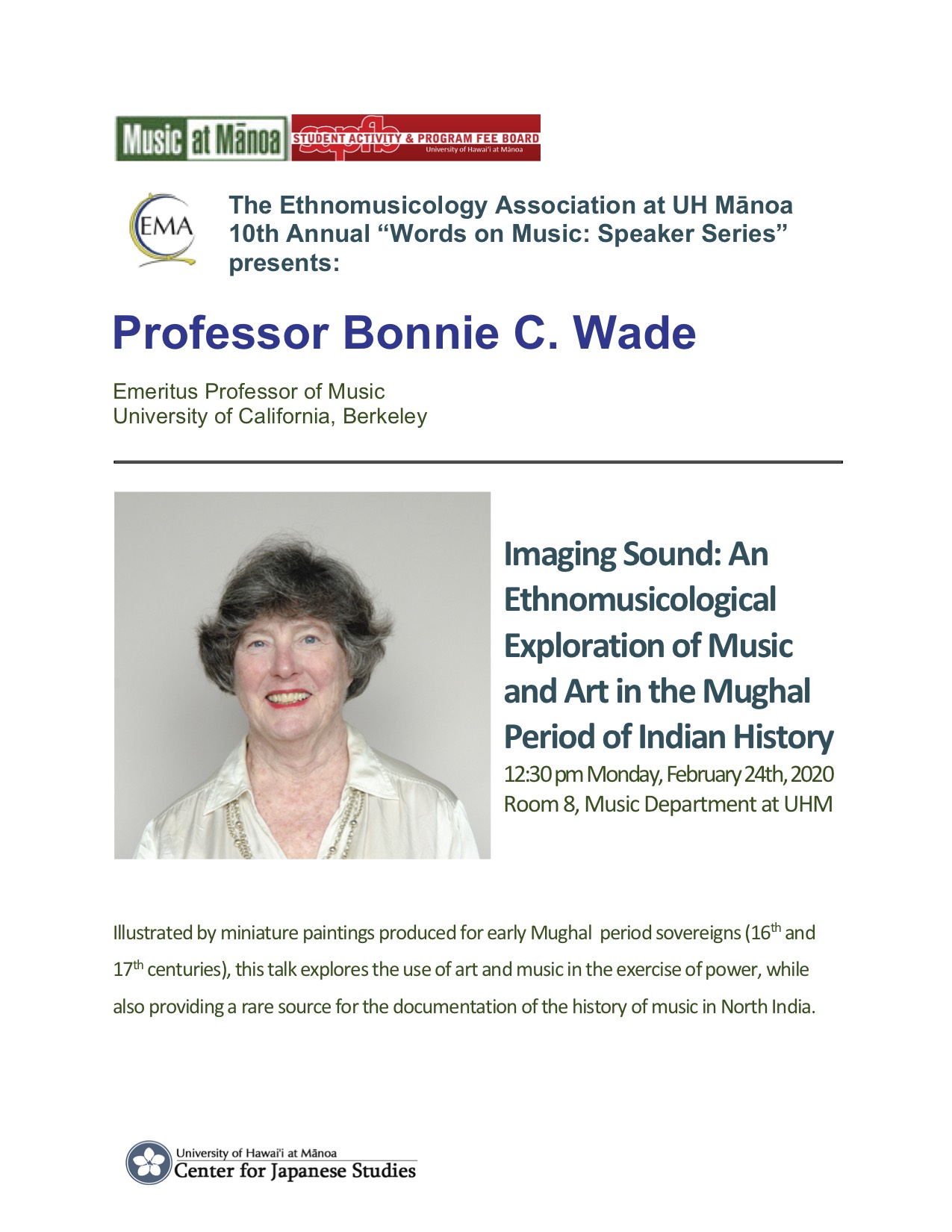 Imaging Sound: An Ethnomusicological Exploration of Music and Art in the Mughal Period of Indian History

Illustrated by miniature paintings produced for early Mughal period sovereigns (16th and 17th centuries), this talk explores the use of art and music in the exercise of power, while also providing a rare source for the documentation of the history of music in North India.

Looking forward to seeing you!