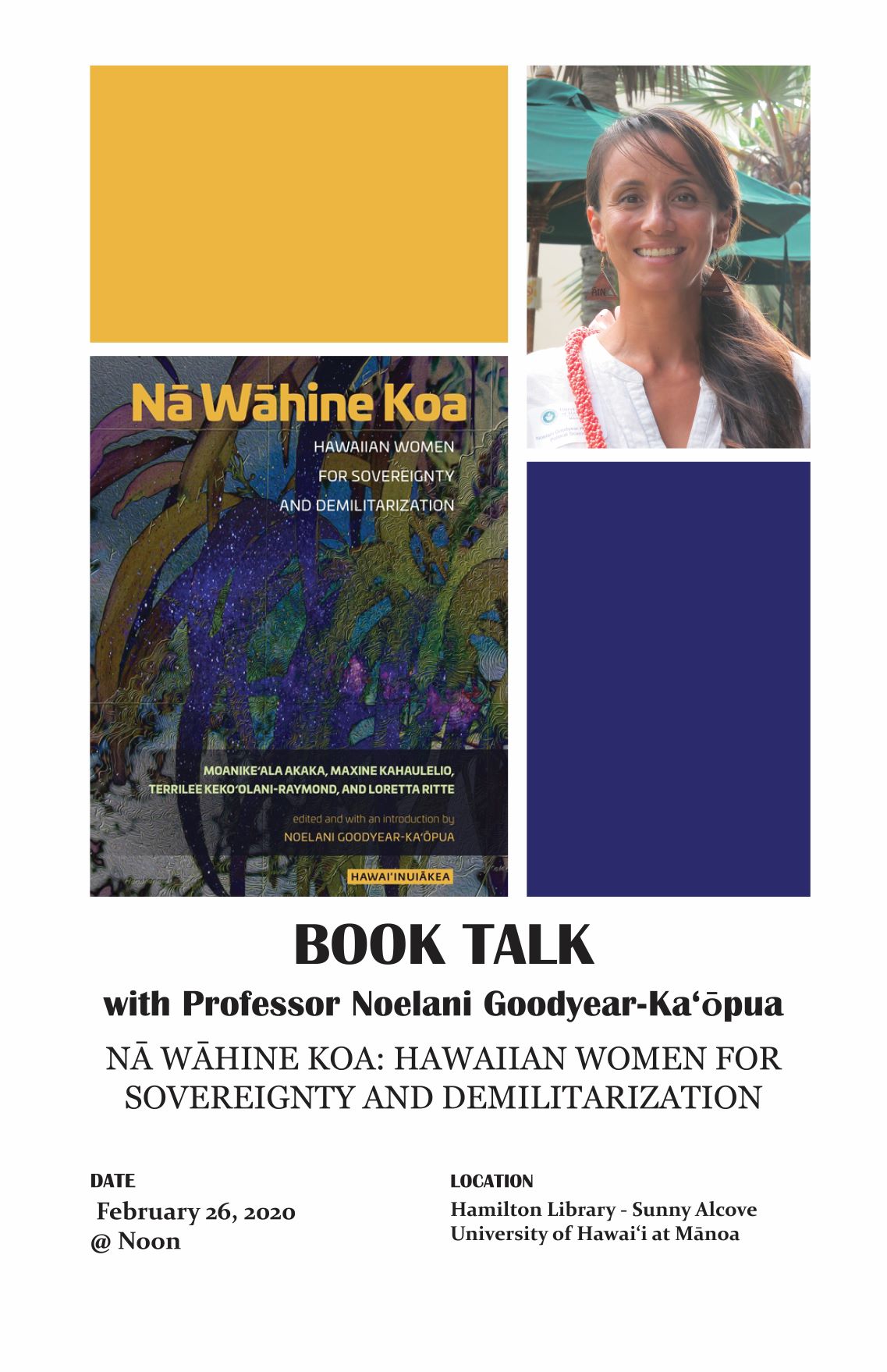 Noelani Goodyear-Ka‘opua, professor and chair of Political Science at University of Hawaii at Manoa will talk about her book Na Wahine Koa: Hawaiian Women for Sovereignty and Demilitarization which documents the political lives of four wahine koa (courageous women): Moanike‘ala Akaka, Maxine Kahaulelio, Terrilee Keko‘olani-Raymond, and Loretta Ritte, who are leaders in Hawaiian movements of aloha ‘aina.

The book opens with an introduction written by Noelani Goodyear-Ka‘opua, who is herself a wahine koa, following the path of her predecessors. Her insights into the role of Hawaiian women in the sovereignty movement, paired with her tireless curiosity, footwork, and determination to listen to and internalize their stories, helped produce a book for anyone who wants to learn from the experiences of these fierce Hawaiian women. Combining life writing, photos, news articles, political testimonies, and other movement artifacts, Na Wahine Koa offers a vivid picture of women in the late twentieth- and early twenty-first-century Hawaiian struggles. Their stories illustrate diverse roles ‘oiwi women played in Hawaiian land struggles, sovereignty initiatives, and international peace and denuclearization movements. The centrality of women in these movements, along with their life stories, provide a portal toward liberated futures.