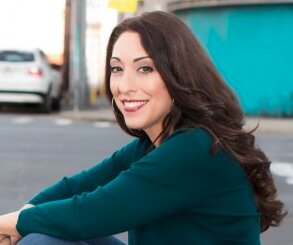 Praised for her outstanding artistry, “vocal beauty of high technical caliber,” “vocal flare and flamenco abandon,” and “gifted storytell[ing],” mezzo-soprano Maya Hoover has appeared on stages throughout the United States, Europe, Latin America, and China. In 2018, she was the featured artist for the Art Song Preservation Society of New York’s summer festival at the Manhattan School of Music in a program of all Latin American art songswith her musical partner of more than twenty years, pianist José Meléndez.

She holds a Doctor of Music degree in Voice Performance and Literature with a minor in Music Education from Indiana University, a Master of Music degree in Voice Performance and Pedagogy from Westminster Choir College, and a Bachelor of Music degree with a minor in Italian Language and Literature from Binghamton University. She has studied with Mary Burgess, Laura Brooks Rice, Patricia Havranek, Virginia Zeani, and she currently studies with Andrea DelGiudice. Her publications have appeared in Classical Singer, The Mentoring Connection, Philosophy of Music Education Review, and the Choral Journal, and she is the author/editor of Guide to the Latin American Art Song Repertoire: An Annotated Catalog of Twentieth-Century Art Songs for Voice and Piano (Indiana University Press). In August 2007, she joined the distinguished faculty of the University of Hawai‘i at Manoa, where she serves as Professor of Music with a world-class faculty.

For the second half of the evening’s program, Jonathan Clarke Sypert will be joining the performance.

Jonathan Clarke Sypert, “a smiling, encouraging dance teacher who makes even the most reticent students feel like they can fly” (Lee Cataluna, Star Advertiser), is a performing artist and educator from Honolulu, Hawaii. An accomplished actor, dancer, singer, slam-poet, teacher, choreographer, and hip-hop artist known as iNTREPiD, Jonathan is proud to be a teaching artist for Honolulu Theatre for Youth, where he helps usher the next generation into a world of creativity and artistic exploration.

Jonathan has served as choreographer for and has been in productions with the Hawaii Shakespeare Festival, Kumu Kahua Theatre, Chaminade Theater, HI Frequency Dance Squad, Vocal and Dance Expressions, and tours of Why?, and for legendary Hawaiian artist Henry Kapono. He has danced for Iona Dance Company, Tau Dance Theater, Derek Daniels Productions, and Waikiki Nei; and has appeared with Manoa Valley Theatre, Diamond Head Theatre, Army Community Theatre, and Hawaii Opera Theatre. Highlights of his stage productions include Paul in Six Degrees of Separation, the title character in MacBeth, Hector in Troilus and Cressida, and Cole in The Underneath. His onscreen credits include appearances in Hawaii Five-O, Street Wars, and Lost.

Jonathan is the Executive Director and Founder of HI Frequency School of Performing Arts and a member of the HI Poets Society. He spent a delightful year as a puppeteer for Disney World, and two and half seasons as a company actor with Honolulu Theatre for Youth. Above all else, Jonathan enjoys passing along the joys of being a lifelong learner.