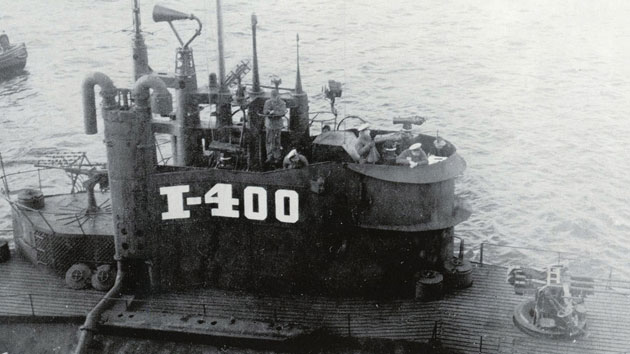 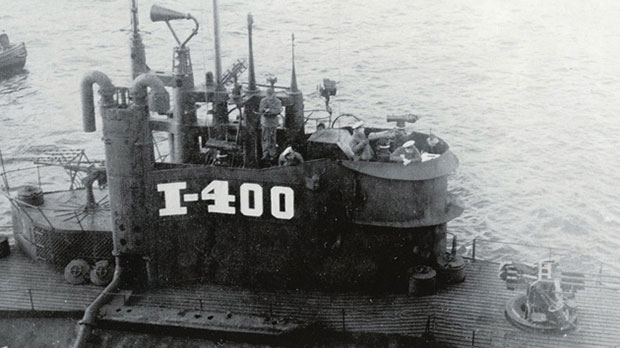 The dramatic discovery of a lost World War II-era Imperial Japanese Navy mega-submarine by a University of Hawaiʻi and U.S. National Oceanic and Atmospheric Administration (NOAA) team in December 2013 inspired a new search by NHK, the Japanese Broadcasting Corporation, to find key missing pieces of the battleship.

The massive aircraft hangar, large enough to launch three float-plane bombers, was the defining feature of the I-400. After the end of the war, the I-400 was deliberately sunk at sea outside of Pearl Harbor to keep its technological innovations safe from the Soviet Union.

“We didn’t have detailed enough bottom mapping data to help locate the hangar, conning tower and other signature features missing from the wreck of the I-400,” said Terry Kerby, operations director and chief submarine pilot of the Hawaiʻi Undersea Research Laboratory (HURL). “With only one dive day to try to find anything, we knew there was a strong chance we might spend the dive looking at the barren sandy bottom.”

Kerby continued, “We made a lucky guess where to start when we approached the main hull of the I-400 from the northwest. Our guess started to pay off when the giant hangar door came into view, followed by the conning tower and hangar. Many items were amazingly intact for something that had ripped out of the hull of a sinking 400-foot-long submarine.”

The survey was conducted in cooperation with NOAA’s Maritime Heritage Program in the Office of National Marine Sanctuaries, with NOAA’s Hans Van Tilburg joining the dives as project archaeologist.

“The Office of National Marine Sanctuaries has been a partner for over a decade with HURL on many of the amazing and significant historical and archaeological discoveries they have made off Oahu,” said James Delgado, director of the Maritime Heritage Program. “The waters off Hawaiʻi not only encompass an important part of Native Hawaiian culture, but are also a veritable museum of our maritime past. As America’s ocean science agency, we’re committed to working with partners like HURL and NHK to learn more, and to share more of what lies beneath the waves.”

The new I-400 footage will be shared in a 73-minute special television program to be broadcast nationwide in Japan on Wednesday, May 6.

The recent survey, the first to return to I-400 submarine since its discovery, successfully located, mapped and captured on video for the first time not only the submarine’s hangar and conning tower (navigation platform), but an unexpected and significant new discovery—the submarine’s bell.

HURL video of I-400 initial sighting