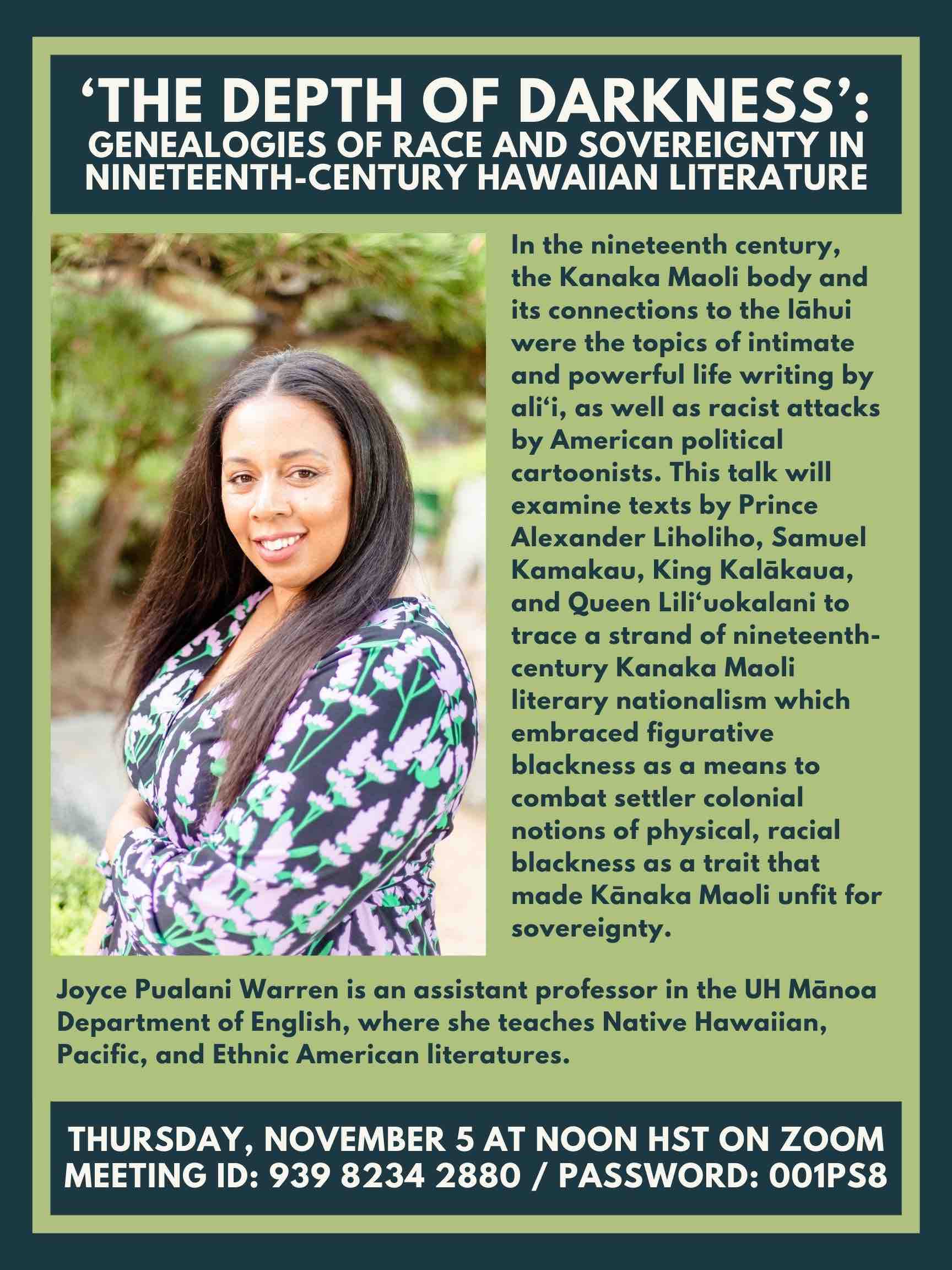 In the nineteenth century, the Kanaka Maoli body and its connections to the lahui were the topics of intimate and powerful life writing by alii, as well as racist attacks by American political cartoonists. This talk will examine texts by Prince Alexander Liholiho, Samuel Kamakau, King Kalakaua, and Queen Liliuokalani to trace a strand of nineteenth-century Kanaka Maoli literary nationalism which embraced figurative blackness as a means to combat settler colonial notions of physical, racial blackness as a trait that made Kanaka Maoli unfit for sovereignty.

Joyce Pualani Warren is an assistant professor in the UH Manoa Department of English, where she teaches Native Hawaiian, Pacific, and Ethnic American literatures. Her teaching and research interests include Po, Blackness in the Pacific, diaspora, Mana Wahine, Indigenous futurisms, and literary nationalism. Her work has appeared in American Quarterly, American Indian Culture and Research Journal, and Amerasia Journal.