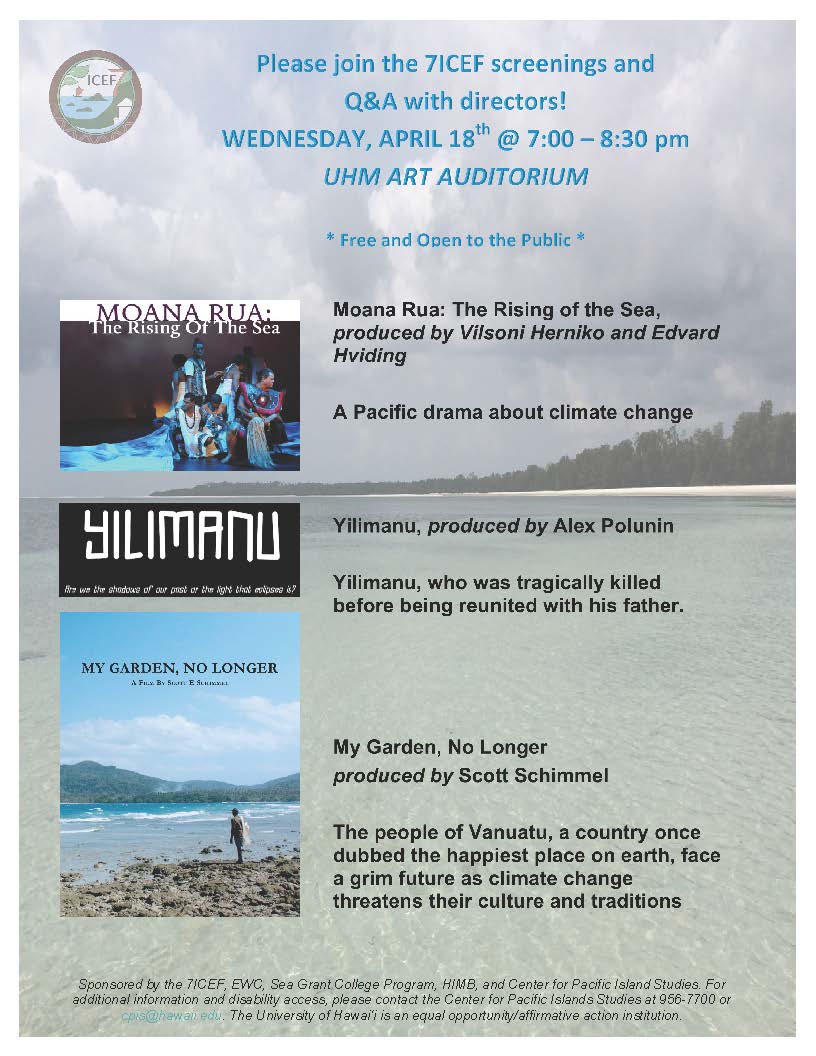 The 7th International Conference on Environmental Future organized a free public film night as a part of the conference. Three short films will be screened at the event:

1) Moana Rua: The Rising of the Sea, produced by Vilsoni Herniko and Edvard Hviding. It is a Pacific drama about climate change.

2) Yilimanu, produced by Alex Polunin. This film is about Yilimanu, who was tragically killed before being reunited with his father.

3) My Garden, No Longer, produced by Scott Schimmel. This film concentrates on the people of Vanuatu, a country once dubbed the happiest place on earth, which faces a grim future as climate change threatens their culture and traditions.