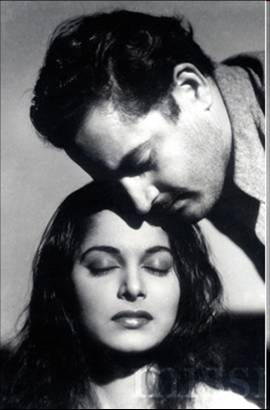 â€˜Pyaasaâ€™ (The Thirsty One) is often offered as evidence that the 1950s were a golden age in Hindi cinema. Directed by the legendary Guru Dutt, the film â€“ featuring breathtaking and classic black and white imagery â€“ beautifully captures widespread social anxieties as the age of post-independence optimism faded in India.

Dutt himself stars as the anguished poet Vijay, who has yet to find commercial success while attracting a legion of doubters. One of his only supporters is the young prostitute Gulabo, played by the stunning Waheeda Rehman. With acclaimed music by S. D. Burman, â€˜Pyaasaâ€™ is a powerful emotional experience and represents one of the finest films to emerge from Bombay.

'Pyaasa' is the fifth movie in the 16th UH Bollywood film series, running every Monday afternoon this fall. For a copy of the full film series schedule for the semester, please see the contact information below.