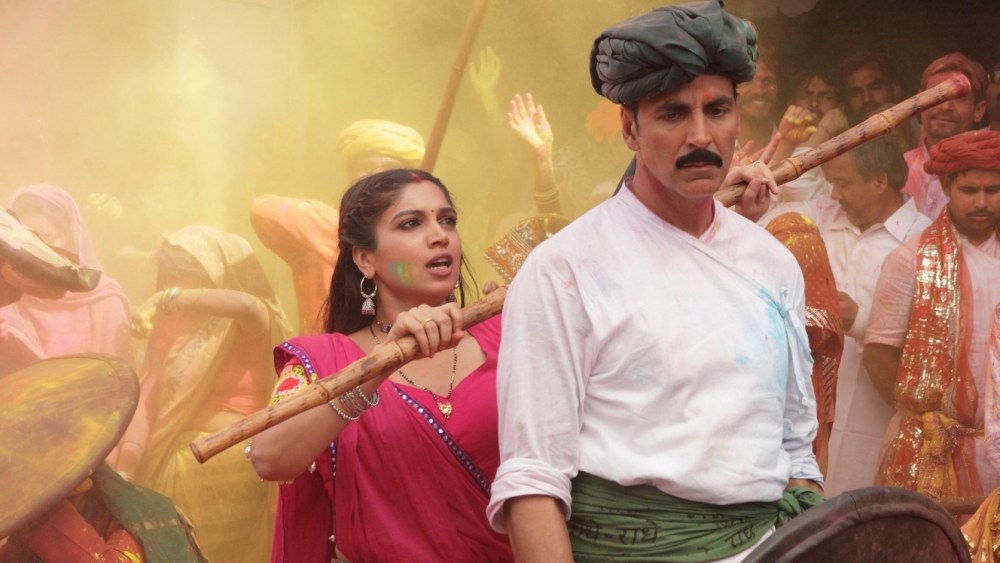 Scarcely 100 miles from the modern capital city of Delhi, Mathura district in the state of Uttar Pradesh is dotted with small towns, villages, and farmland. Like much of rural India, which is by far the majority of the population, the lack of sanitation is a significant health and women's safety issue. Over half of the country does not possess a toilet at home.

'Toilet: Ek Prem Katha' (A Love Story) is set in this area. Keshav (Akshay Kumar) runs a cycle shop, and is unmarried at 36. He falls in love with Jaya (Bhumi Pednekar), an educated and progressive woman. When she encounters Keshav's traditional family home--lacking a toilet--comedy, conflict, and social commentary ensue.

This is the twelfth movie in the 16th UH Bollywood film series, running on occasional Monday afternoons this fall. For a copy of the film series schedule for the semester, please see the contact information below.