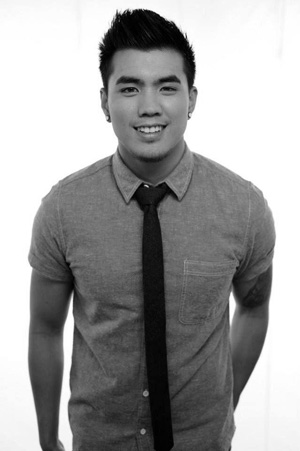 Vincent will discuss his career and creative influences, and perform some of his hit songs followed by a question and answer session with UH West Oʻahu students.

Vincent is an acoustic singer-songwriter from Irvine, California with a YouTube channel boasting more than 500,000 subscribers and 48 million total views. He took the top prize in Southern California’s Filipino news station, Kababayan LA-18, Kababayan Superstar contest and was named YouTube Artist of the Year 2009 by Australia-based Star Central Magazine.

In 2010, Vincent was featured twice on NBC’s The Ellen Degeneres Show where he performed an acoustic cover of Iyaz’s “Replay” and Mike Posner’s “Cooler Than Me.” Vincent is currently recording a self-written debut solo album.

More about the Masters Series

The Masters Series is part of UH West Oʻahu’s Creative Media concentration and aims to increase student understanding of the art and business of content creation. All presentations are free and open to students, faculty and the public.