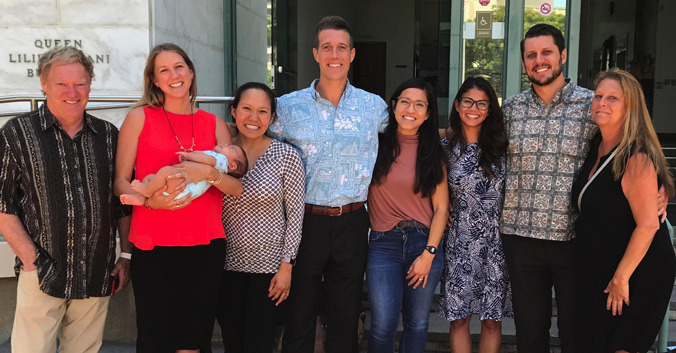 DreamHouse ʻEwa Beach Charter School will open its doors in July 2018, offering families another option at the secondary level. With a founding team comprised largely of University of Hawaiʻi at Mānoa College of Education (COE) alumni, professors and doctoral students, DreamHouse will start with 6th grade and add one grade each year with the goal of becoming a 6th to 12th grade school of 700 students by the 2024–25 school year.

In 2012, a group educators began a “listening and partnership tour” that brought parents, children, teachers and elected officials together to talk about public education. From this, a question arose: If we were to build a school from scratch, how would we do it and what would we do? Community members continued the discussion over the next two years, and the recurring themes included identity, leadership, ownership and agency.

“Our parents want their children to know who they are and where they are from,” shared Alex Teece, DreamHouse founder/director and COE doctoral student. “Our families want them to also feel prepared and empowered about where they are going.”

Teece, who worked on the founding framework for ʻEwa Makai Middle School with former Principal Ed Oshiro, explained that the DreamHouse team has a long history with public schools and caring deeply about the children in ʻEwa Beach. Founding members have been teachers and educational leaders in ʻEwa Beach public schools, as well as Campbell High and ʻIlima Intermediate, since 2007.

Open to all students and families in Hawaiʻi, the school will initially have five content area teachers, adding five to seven new staff members each year. They will also build partnerships with UH Mānoa and UH West Oʻahu to bring student teachers into their classrooms. Please contact DreamHouse ʻEwa Beach for information about joining their team.