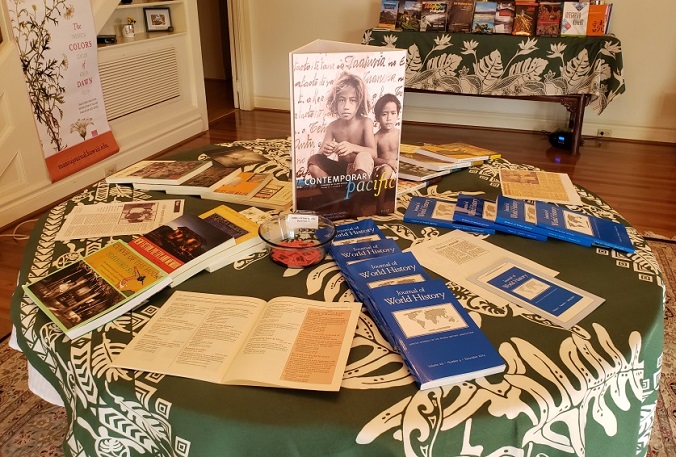 In the past three decades, these journals have attracted a growing, global audience for more than 6,300 articles read in over 170 countries. In 2018 alone, works from the three journals garnered more than one-quarter million downloads.

The journals were founded in 1989 in response to the university president’s call to expand the journals published by UH Press. “Since being awarded the modest, three-year start-up funding, these journals now annually reach tens of thousands of researchers, scholars, students, and the general public,” said Joel Cosseboom, interim UH Press director and publisher.

A special celebration was held at College Hill on March 13, commemorating the 30th anniversary of their founding.

Read the full news release on the UH Press website.