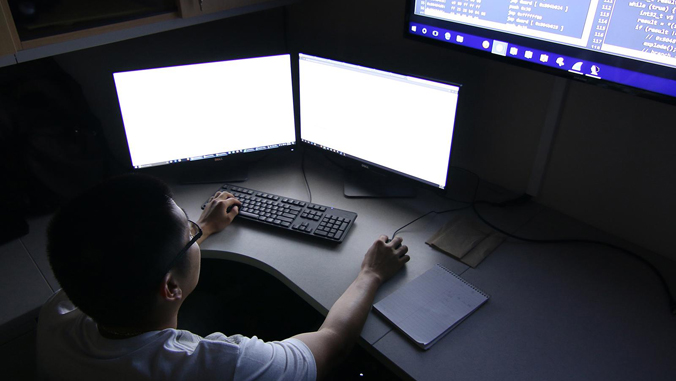 The University of Hawaiʻi–West Oʻahu’s cybersecurity program is ranked 30 among 1,290 colleges, according to the testing of students’ cyber aptitude by a leading organization focused on internet security.

The performance of UH West Oʻahu students in SANS Institute’s Cyber FastTrack challenges ranked the school in the top tier of colleges with students participating in the program. UH West Oʻahu also was the best program in Hawaiʻi in the ranking by SANS Institute, a research and education organization focused on information security training and certification.

“Something is going very right for cybersecurity in Hawaiʻi,” said Alan Paller, SANS Institute director of research, commenting on the 118 students from the state that participated in the CyberStart Assess phase of the Cyber FastTrack program. The online program is free for students, who compete for a chance to win scholarships for advanced cybersecurity training.

“What is most impressive is that 30 students demonstrated sufficient aptitude to be selected as quarterfinalists and to move on to the next round toward national recognition and the $2.5 million in scholarships.”

UH West Oʻahu accounted for 14 of the 30 students from Hawaiʻi who are moving on to the next round of the competition. The other five UH campuses with students in that round are UH Mānoa with 9 students, Leeward CC 3, UH Hilo 2, and Kapiʻolani CC and UH Maui College with one each. Paller said 10 percent of students from Hawaiʻi solved the most difficult challenges, putting them in the “Highly Adept” category of participants. The CyberStart Game began on May 20 and features more than 200 challenges. Students taking part in this phase learn how to identify security flaws, in-depth code cracking and dissecting a digital trail. This phase ends June 28.

“Our cyber students never cease to amaze me,” said Matthew Chapman, UH West Oʻahu associate professor of information technology and cyber security and head of the campus’ cybersecurity program. “Their technical abilities, professionalism and motivation to be the best are inspiring. Also, they are just a really fun group of people to be around.”

SANS Institute has partnered with state governors on the Cyber FastTrack program, which is an effort to encourage students to pursue cybersecurity careers and reduce the United States’ digital skills gap with other countries. The program consists of three levels of challenges; students who complete the Assess phase are invited to compete in the CyberStart Game.