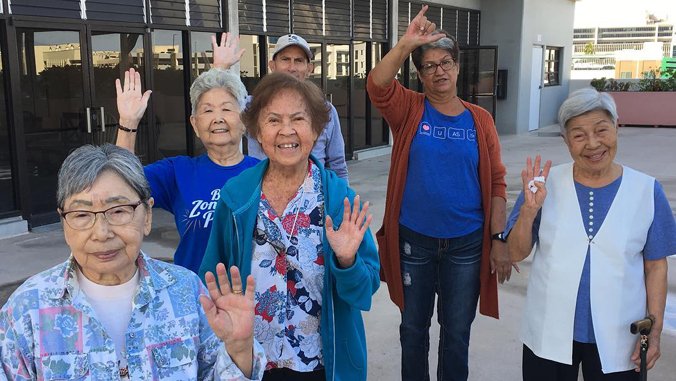 According to public health researchers at the University of Hawaiʻi at Mānoa, Native Hawaiians in Hawaiʻi have a shorter life expectancy compared with other racial/ethnic populations in the state. New findings, published in the Asia Pacific Journal of Public Health, show they also spend fewer years in good health than other groups.

Yanyan Wu, lead author of the study and an associate professor with UH Office of Public Health in the Myron B. Thompson School of Social Work, calculated the healthy life expectancy (HALE) of the major racial/ethic groups in Hawaiʻi. HALE is a measure of the number of years that people live in a healthy state, and provides a more complete estimate of population health than life expectancy.

For the study, Wu and her colleagues first calculated overall life expectancies for Native Hawaiians, white, Filipinos, Japanese and Chinese people in Hawaiʻi using data from death records from the Hawaiʻi State Department of Health and population estimates from the U.S. Census.

“Numerous factors affect the HALE for any group,” said Kathryn Braun, a UH Mānoa public health professor and the senior author of the new paper. “Socioeconomic status, access to healthcare services, individual behaviors such as diet and physical activity and genetics can all affect HALE. In general, people with higher socioeconomic status have better health.”

Collectively, Native Hawaiians have the lowest levels of educational attainment, lowest mean household income and highest prevalence of poverty of any group in Hawaiʻi. They also have the highest rates of coronary heart disease, obesity, diabetes and certain types of cancer. For all age groups, Native Hawaiians had higher mortality rates than the other race/ethnicities the researchers examined.

“To raise the HALE of Native Hawaiians, it is essential that public health professionals and researchers understand indigenous peoples’ concepts of health, knowledge, science and research,” Wu said.

The researchers noted that a limitation of the study was that people’s cultures influence how they answer questions about their health. For example, research has shown that Chinese Americans tend to report worse health status than other groups, which could cause an underestimation of their HALE.