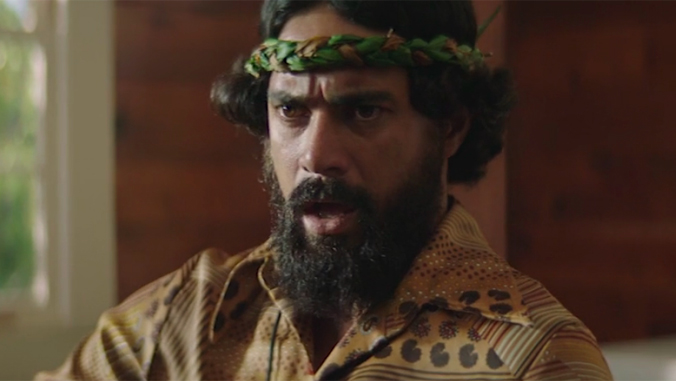 A new, short film written, directed and produced by University of Hawaiʻi at Mānoa alumni took home a pair of awards at the 2020 Hawaiʻi International Film Festival (HIFF).

Hawaiian Soul tells the story of George Helm, a musician who used his gift of song to lead a 1970s movement to protect Hawaiian land and Native Hawaiian rights. The film was written and directed by Academy for Creative Media (ACM) alumnus ʻĀina Paikai, and produced by ACM alumnus Kaliko Maʻiʻi. Hawaiian Soul won the Made in Hawaiʻi Best Short category and the Hawaiʻi News Now Audience Award for best short.

“It feels great knowing we’ve succeeded in two arenas of filmmaking. Winning Best Made in Hawaiʻi, and being selected by a jury of esteemed industry professionals means we were able to craft a critically acclaimed, technically sound film,” Paikai said. “At the same time, winning the Audience Award means that this is a popular story for our Hawaiʻi audiences, one that many are excited to see as well as happy with what they’ve seen once finished.”

Helm was from Molokaʻi and graduated from Saint Louis School. He co-founded Hui Alaloa, a group advocating for access to natural resources on Molokaʻi, and was actively involved in the Protect Kahoʻolawe ʻOhana, an organization that sought to end the bombing of the island by the U.S. military. Helm, however, disappeared during a journey to Kahoʻolawe at the age of 26 and was never seen since.

Paikai and Maʻiʻi called Helm a hero and felt that his legacy was slowly becoming forgotten. They honored him by telling a small portion of his story, and inspired others to learn more about his music and message.

“George could dig deep into the very essence of a Hawaiian song revealing its soul and the soul of a people,” Maʻiʻi said. “The way he expressed Hawaiian music was alluring, inspirational and it touched people on a visceral level. It made Hawaiians have pride for their culture at a time when Hawaiian culture was frowned upon.”

Paikai added, “Often when historical fiction is done, these figures are more of a myth or character to the story, yet in our case working closely with the Helm family, you feel the bond his relatives and descendants have to their uncle or brother. The weight of knowing that our film represents this man, his entire family and their collective legacy was daunting, yet humbling, and by working this way, I feel we’ve set a new standard on how to do historical fiction about Hawaiian stories.”

Despite not being able to showcase Hawaiian Soul in front of a live audience, sharing the film virtually has allowed the team to reach a wider audience.

“For our film, it has led to a lot of opportunities to take this film into the classroom, which was a goal of ours from the beginning,” Paikai said. “So many more students are being introduced to George Helm and this is because of the virtual platform that movies exist in at the moment.”

“Many of her teachings have found its way into Hawaiian Soul, for example recognizing an ordinary moment as an extraordinary moment. I don’t think most filmmakers would tell the George Helm story the way we did thinking that our storyline is too ordinary,” Maʻiʻi said.

“One thing I’ll never forget that she said was, ‘Anyone can do camera or lighting, but only a few people can tell good stories.’ That always cultivated a challenge within me to keep telling stories, especially Hawaiian stories, because they’re amazing and haven’t been seen before,” Paikai said.