The 2018 Kīlauea eruption, teaching during COVID-19 and groundwater discharge at Oʻahu’s Shark’s Cove, are just a few of the diverse faculty-mentored undergraduate research projects and creative works highlighted at the University of Hawaiʻi at Mānoa recently. A nine-week summer research and learning experience culminated with virtual presentations to fellow students, faculty, staff and invited guests.

This was UROP’s largest ever SURE Symposium, which is estimated to have drawn more than 350 people. The annual event provides undergraduate students the opportunity to showcase their work, while also receiving feedback from peers, experts and community members.

“The SURE Symposium gives students a stage to show off their impressive research and creative work during the summer, an otherwise quiet time when they may not get much attention or recognition from the community at large,” UROP Coordinator Jessie Chen said. “We want students to know that summer can be a great time to really tap into the resources we offer at UROP.”

A first-ever documentary film on the music of Queen Liliʻuokalani, the project years-in-the-making by UH students celebrates her work by incorporating two narratives: a historical biography and contemporary interpretations of the queen’s work. The students use archival photos, recordings, film clips and interviews, interwoven with recent work of local musicians Starr Kalahiki and John Signor updating, rehearsing and performing the queen’s songs all over the world. Born out of Leeward Community College several years ago, creators of this unique project are wrapping up their research and diving into production.

“Our team has been hard at work this summer. In addition to preparing for the SURE Symposium, our team has been conducting interviews with notable figures in the Hawaiian community and experts in the field,” said Aleta Hammerich, one of the film’s producers and UH Mānoa junior political science and creative media major.

“We’ve also been transcribing these interviews, applying for grants, searching state and national archives for historical photos, manuscripts and archival films, hosting Zoom meetings with experts on the neighboring islands and the North American Continent, and editing specific segments of the film that will later coalesce to form the final film.”

Under the guidance of Academy for Creative Media Associate Professor Joel Moffett, student creators eventually hope audiences of the film will have a greater understanding and appreciation for the queen’s music.

“We hope to provide viewers with a uniquely intimate and timely perspective into Liliʻuokalani‘s life,” said Justin Ocampo, film co-director and UH Mānoa junior American studies and digital cinema major. “Specifically, we hope to provide a point of accessibility into her perceptions of the human condition (love, romance, loss); her fierce love for her people and the ʻāina (land); the guiding role of her Christian faith; her diplomatic role as a stateswoman; her willingness to innovate and challenge the status quo; and above all, her grace in the face of seemingly insurmountable and destructive forces.”

The project team hopes to release the film in spring 2023. 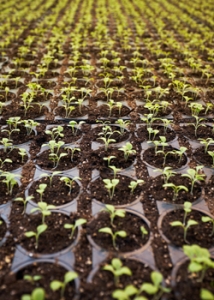 Hawaiʻi’s heavy reliance on imported goods and the future impact of climate change on food production are just two of the reasons why a UH Mānoa global environmental science senior focused her project on urban agriculture (vertical farming, community gardens, hydroponics and greenhouses) in Honolulu. In this public impact research project, Seraphina King conducted interviews with stakeholders, and reviewed existing literature and case studies to determine how Honolulu government and non-governmental organizations are engaging in urban agriculture.

“The research is ongoing. So far, I would say that urban agriculture could have positive outcomes for Honolulu,” King said. “However, it is hard to implement due to competing land uses and current policies that limit zoning. My research seems to point to what some scholars have said about urban agriculture—it cannot be a substitute for food imports but could bolster community resilience.”

King, who was mentored by Department of Urban and Regional Planning Associate Professor Priyam Das, said she hoped attendees of her presentation gained a “better understanding of urban agriculture and what it can offer in terms of expanding food production in cities.” She added, “It might even spark interest in thinking of ways they want to become engaged in urban agriculture projects in their communities.”

The Liliʻu Project earned UROP’s faculty mentoring grant of up to $15,000 for summer undergraduate research and creative work, while the project on urban agriculture received UROP project funding. Each year, UROP awards approximately $500,000 in funding to support faculty-mentored undergraduate student projects and presentations.