Illumination Hawaiʻi, a 1-hour film on energy and climate, premiered on Earth Day 2022 and was shown on multiple TV stations across the state. Footage for the film was collected over 10 months and included one-on-one interviews and talk story sessions with numerous Hawaiʻi leaders—including University of Hawaiʻi at Mānoa experts—and an Illumination Village with learning stations.

UH Mānoa experts who contributed to and were featured in the film included:

The film showcased the diverse efforts and the innovative solutions charting the way in Hawaiʻi, navigating a path toward a resilient and sustainable future. Narrated by Kathy Muneno, the filmmakers hoped to inspire new conversations around adapting to and mitigating the effects of climate change, transitioning to clean energy, creating a decarbonized economy, conserving our natural resources, and reducing our collective carbon footprint.

Learn more about the Illumination Hawaiʻi film and summit at the website. 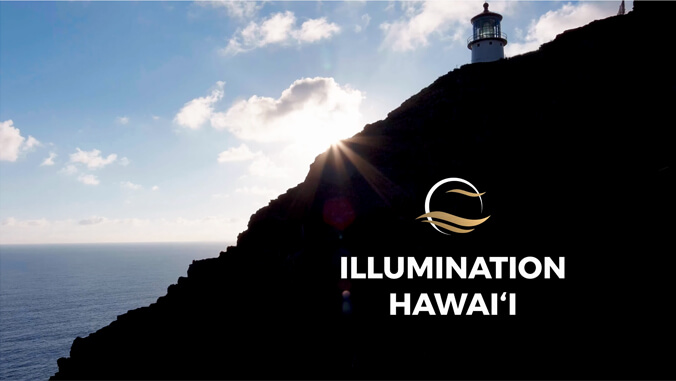