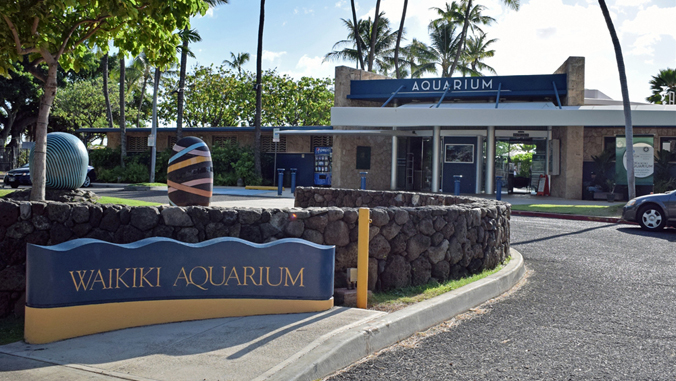 The Waikīkī Aquarium’s iconic giant clam (Tridacna gigas) died of suspected natural causes on Tuesday, June 21. Acquired from a clam farm in Palau, the clam made its way to the aquarium about 30 years ago. Residing in the Barrier Reef exhibit, it soon became a guest favorite and grew to more than 200 pounds. Worldwide, it was the oldest of its species in captivity at more than 40 years old.

“Needless to say, we are all saddened at the demise of one of our flagship, and oldest, animals,” said Andrew Rossiter, director of the Waikīkī Aquarium. “The clam looked fine over the weekend, but showed a catastrophic decline on Monday, when it began releasing clouds of eggs into the exhibit. Unfortunately, despite the close attention of our staff, there is little that can be done when a clam falls ill. We have checked the parameters in the exhibit, and they have remained unchanged for at least the past year. We have sent tissue samples for analysis in case we missed something. However, Biology 101 tells us that the older the animal, the more-likely it is to die, and I expect its demise will be attributed to natural causes.”