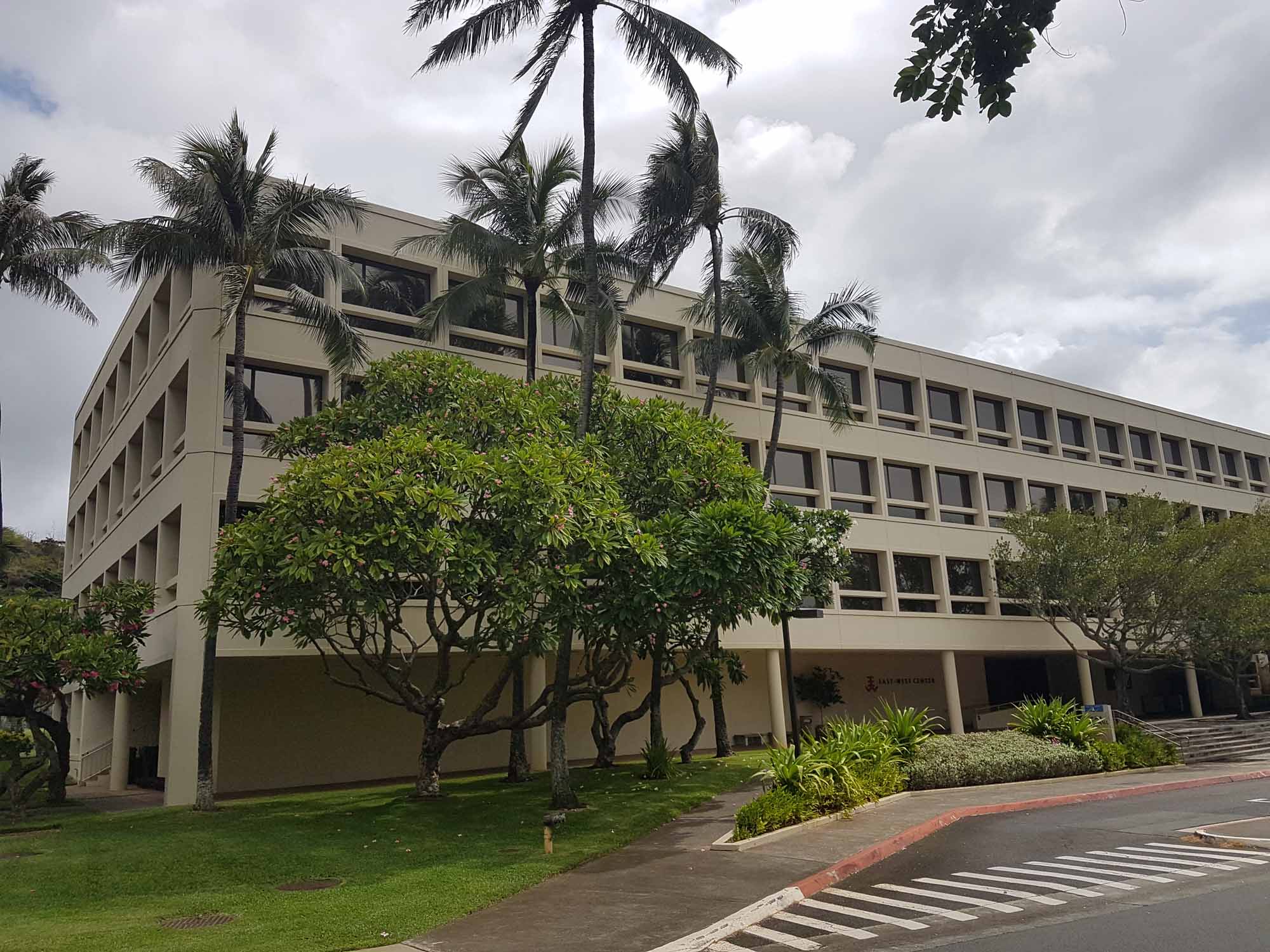 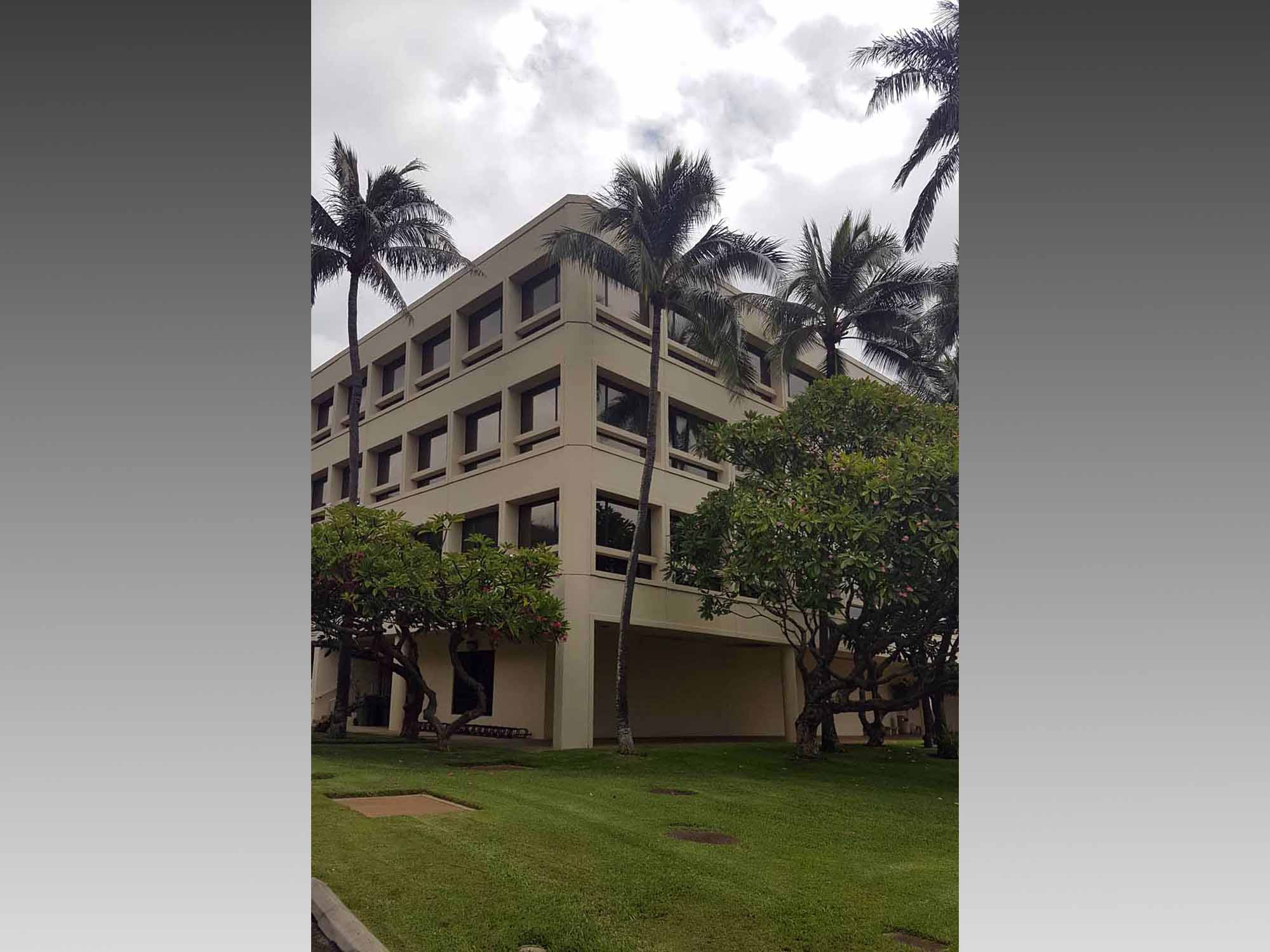 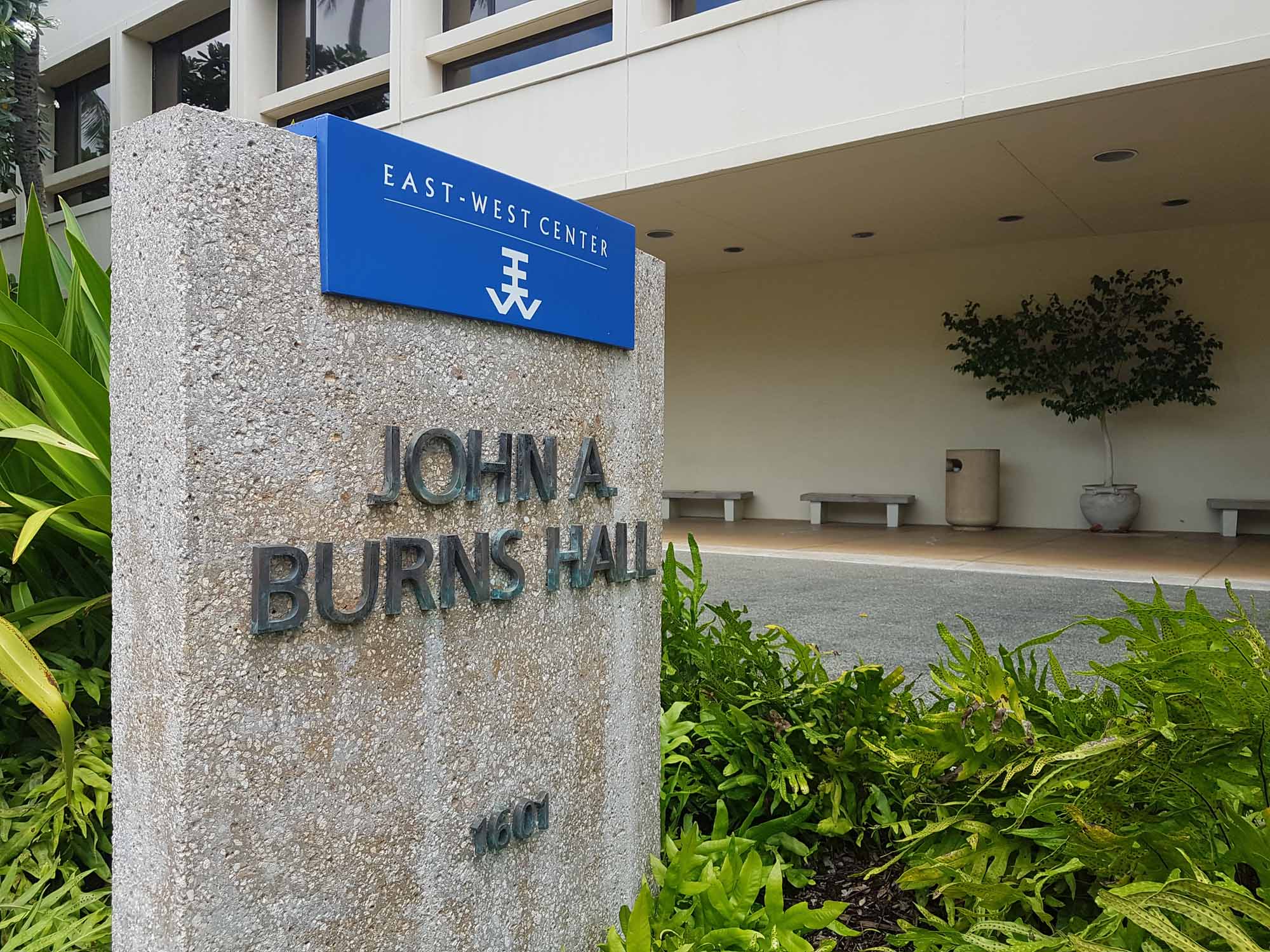 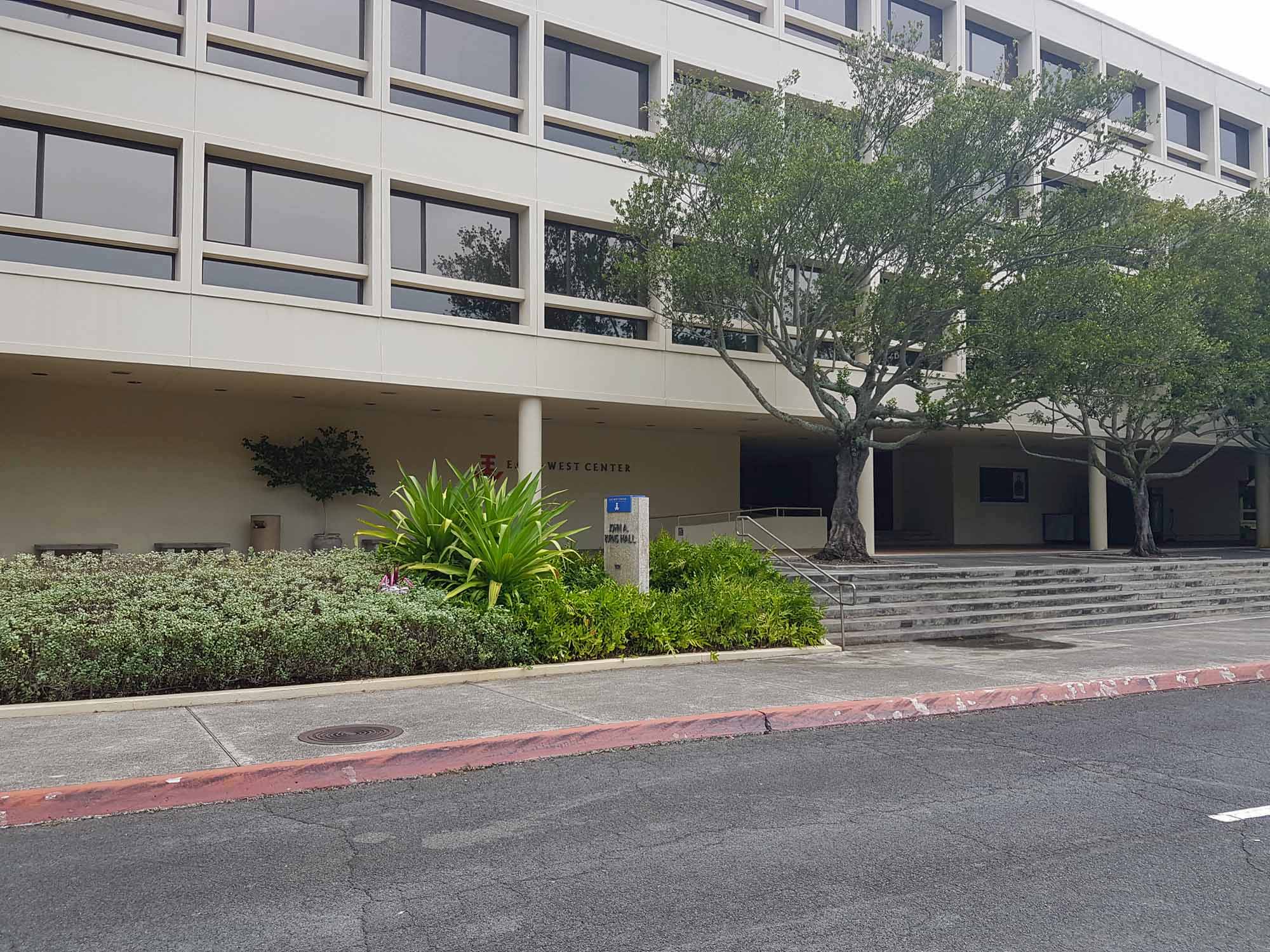 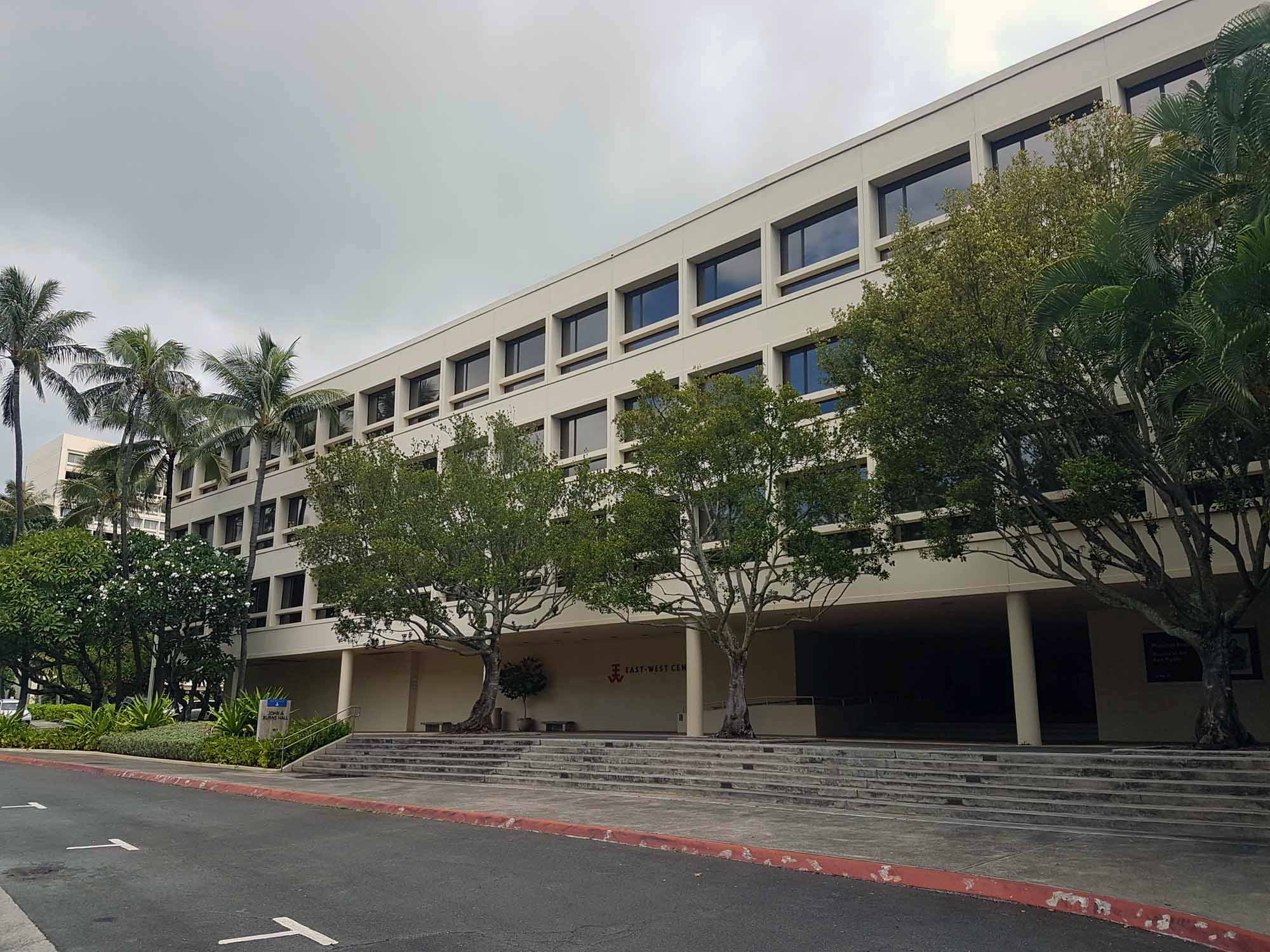 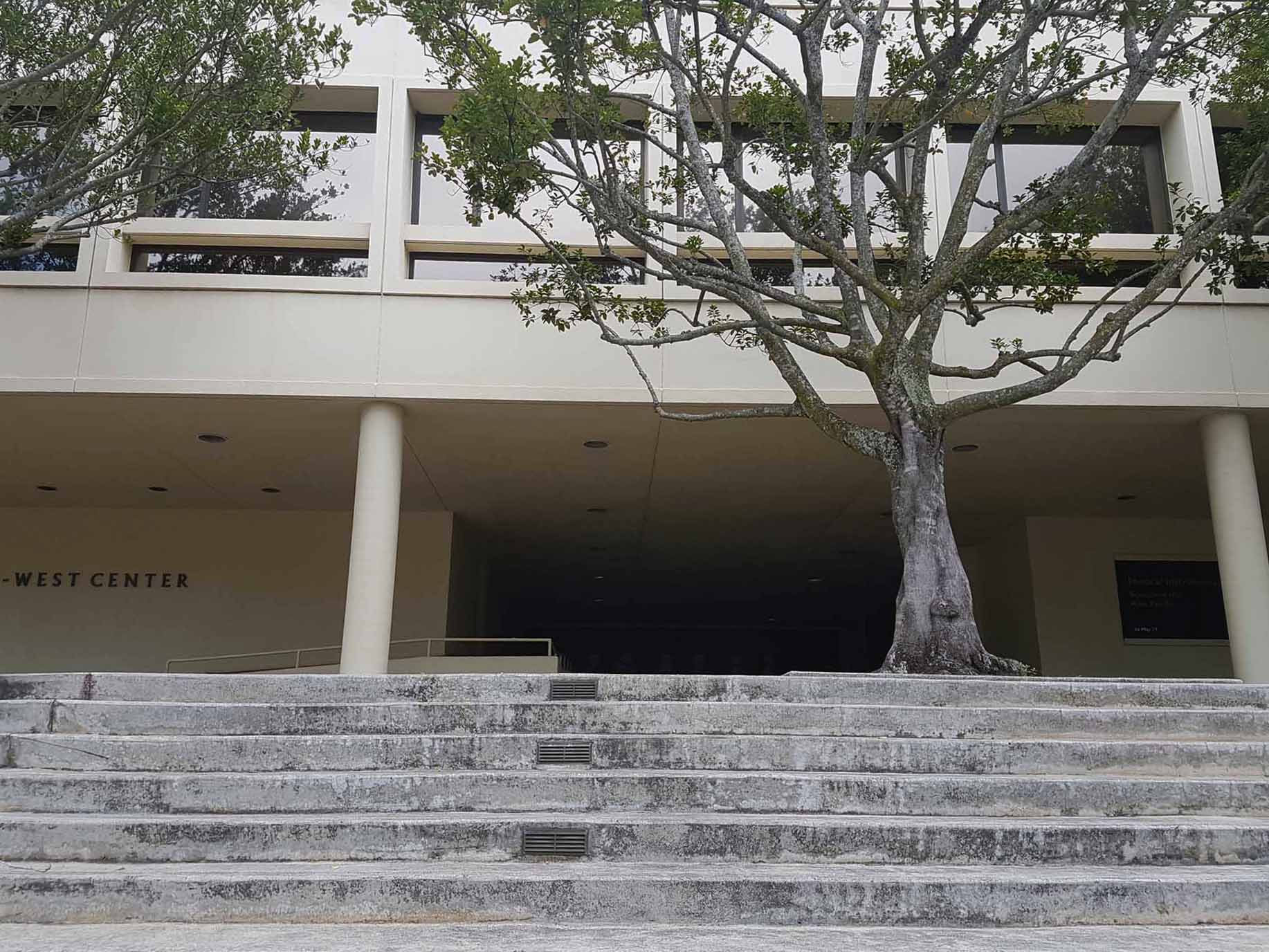 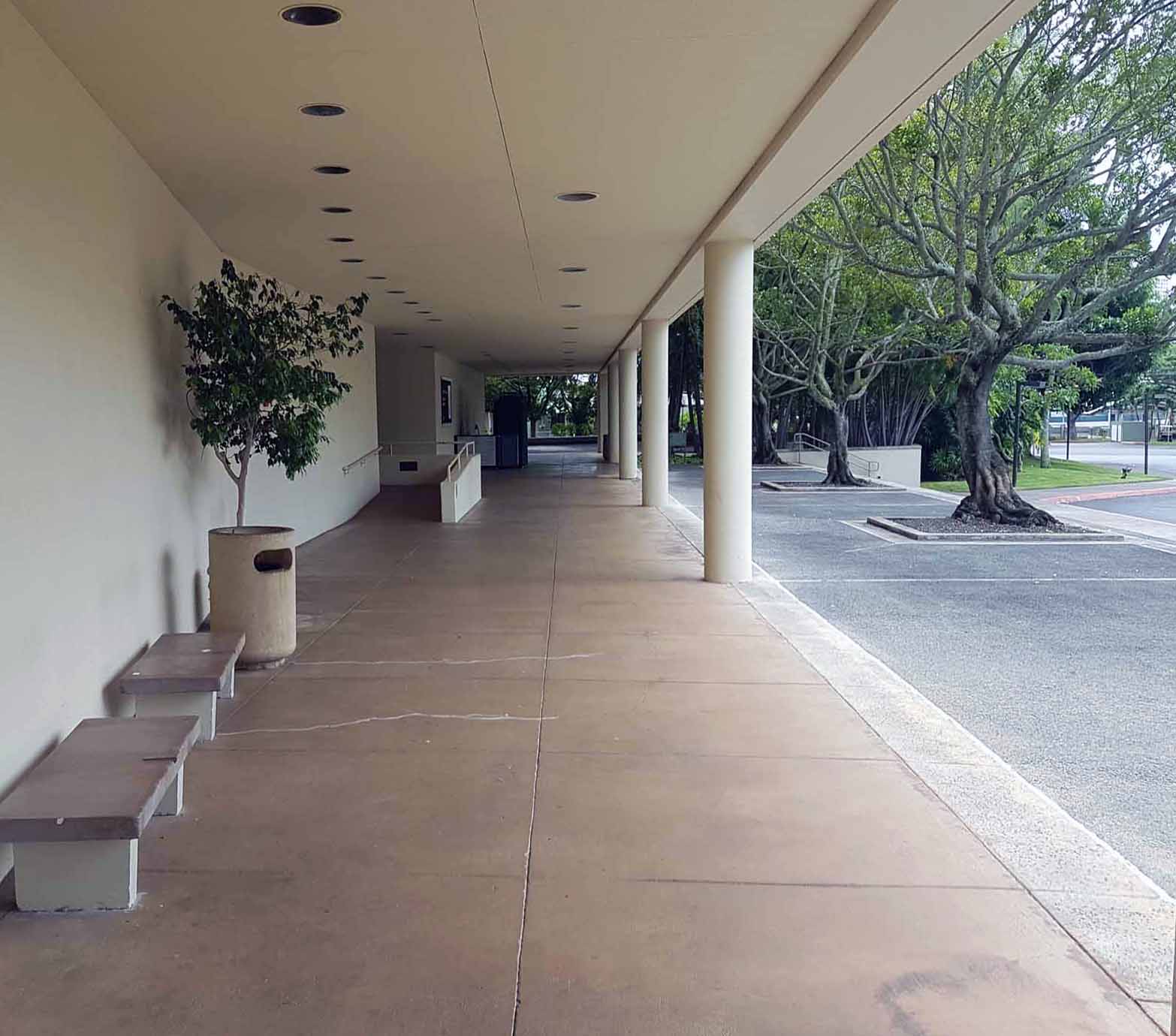 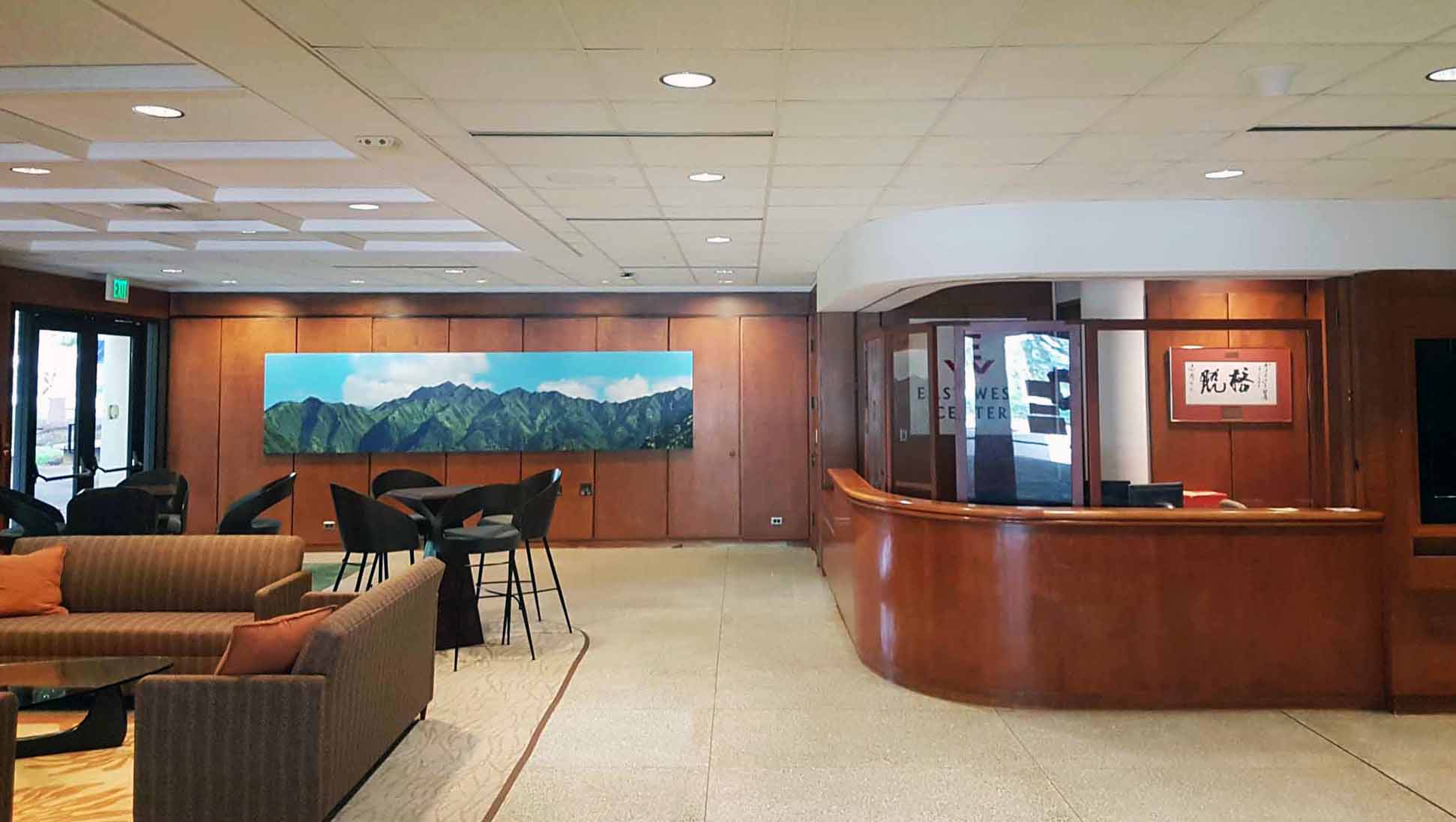 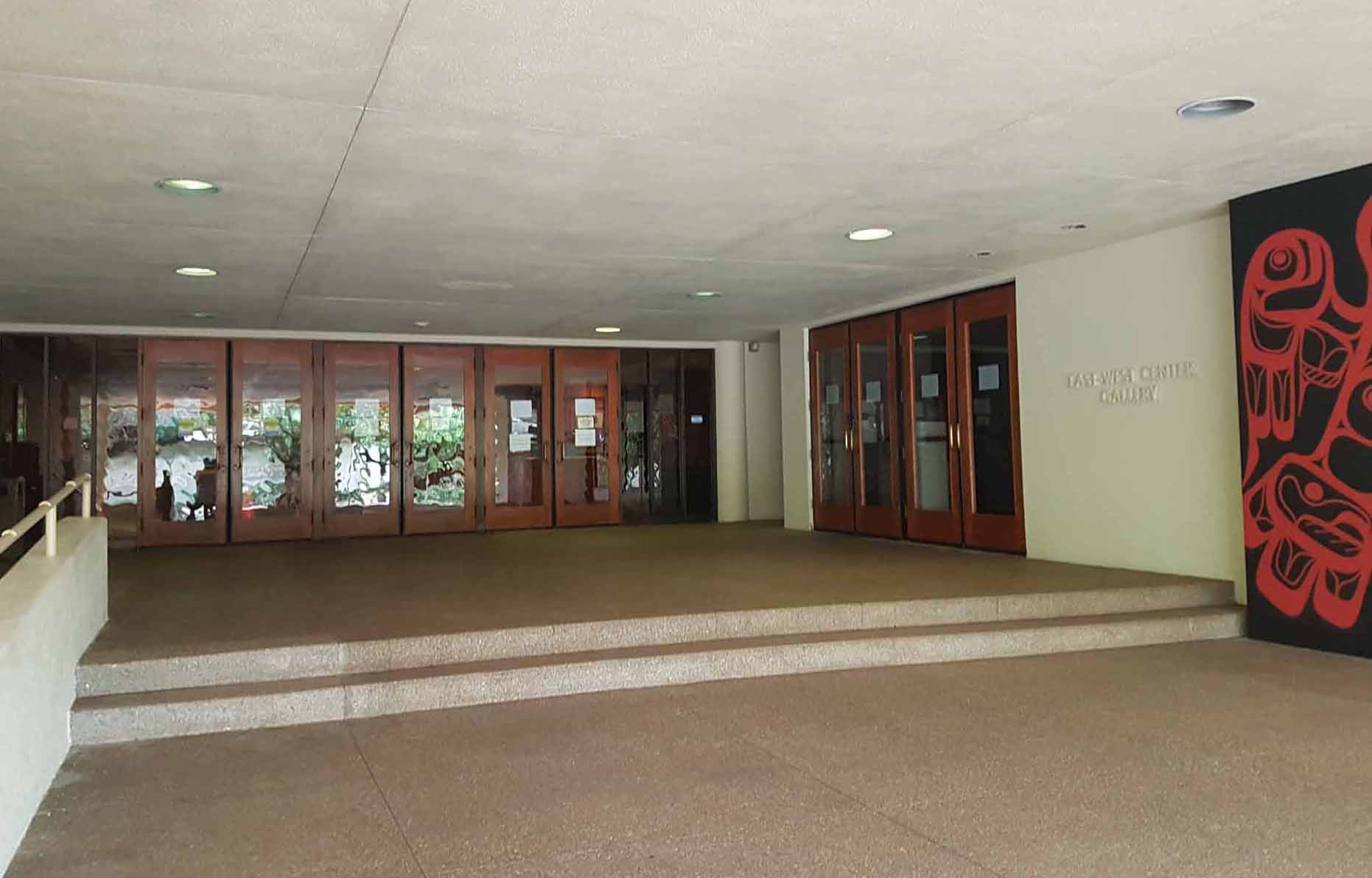 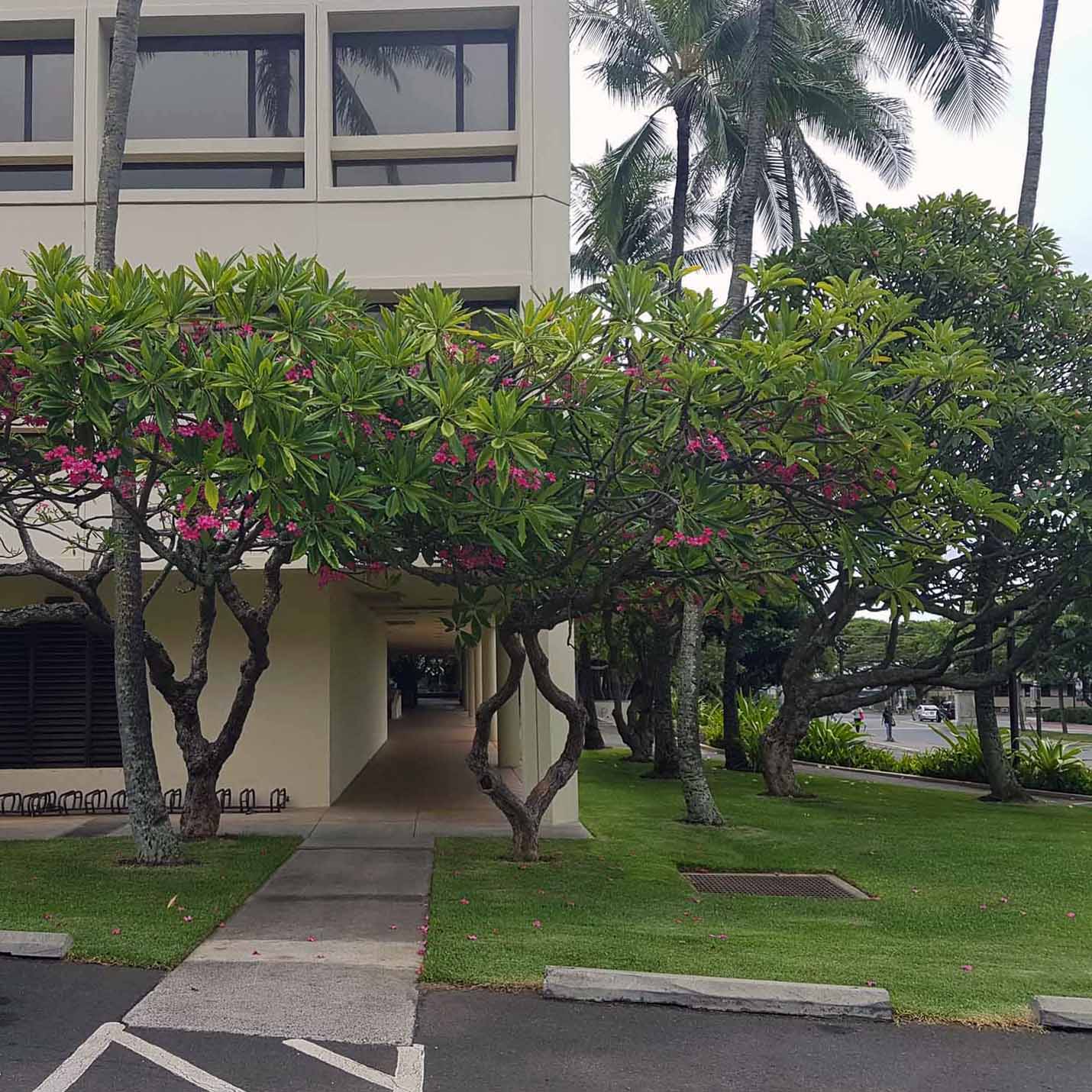 John A. Burns Hall is named after Hawai‘i’s second elected governor who guided the Islands through statehood and post WWII prosperity. In the months during 1959 as Hawai’i moved along it’s path to become a state then delegate Burns and Senator Lyndon B. Johnson proposed the establishment of an international University in Hawai’i, “as a meeting place for intellectuals of the East and West.” Burns Hall houses the Center’s program rooms, administrative offices, and East-West Center Art Gallery. Burns Hall was completed in 1977 and 37 years later underwent major improvements for energy efficiency.