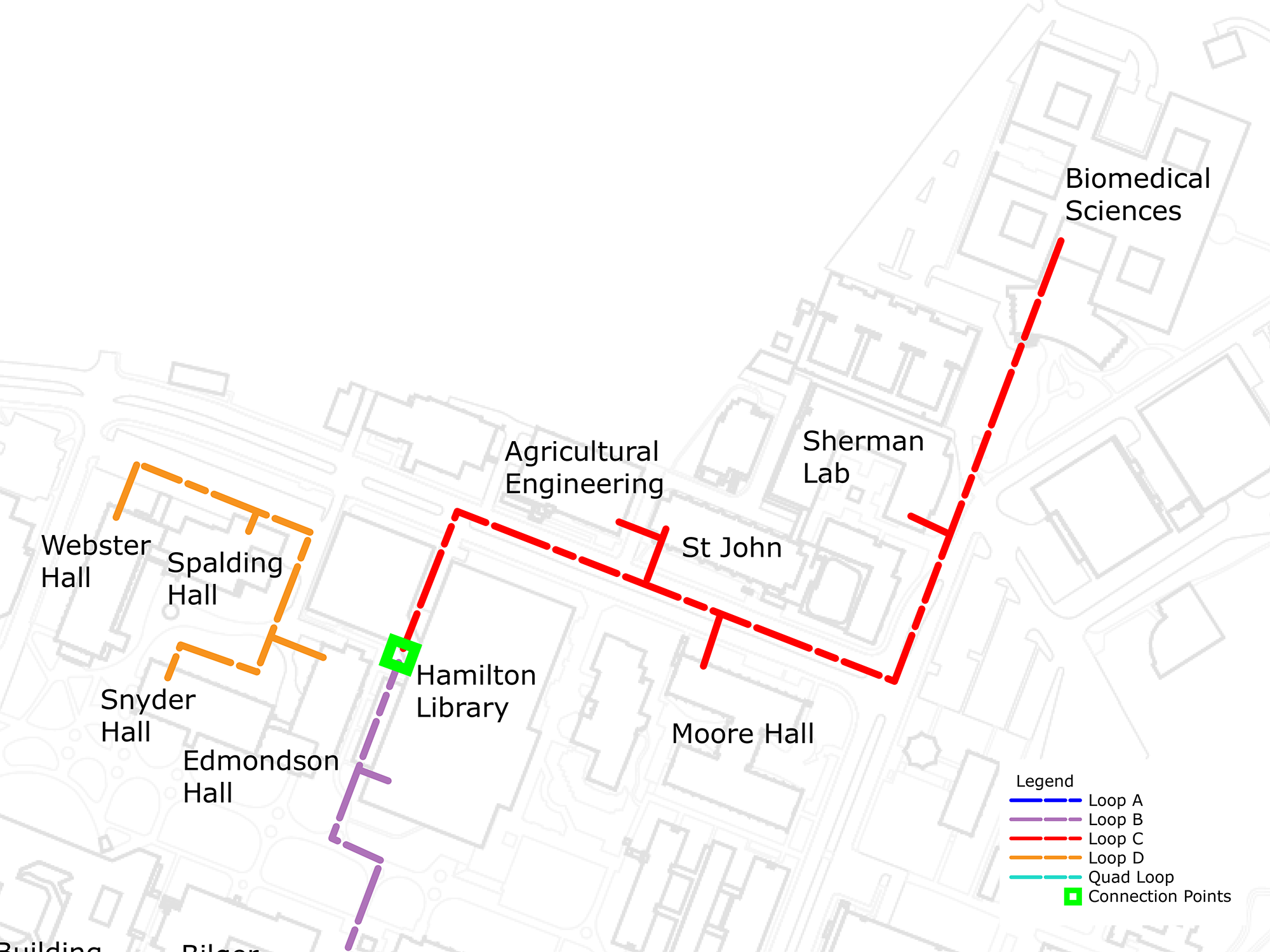 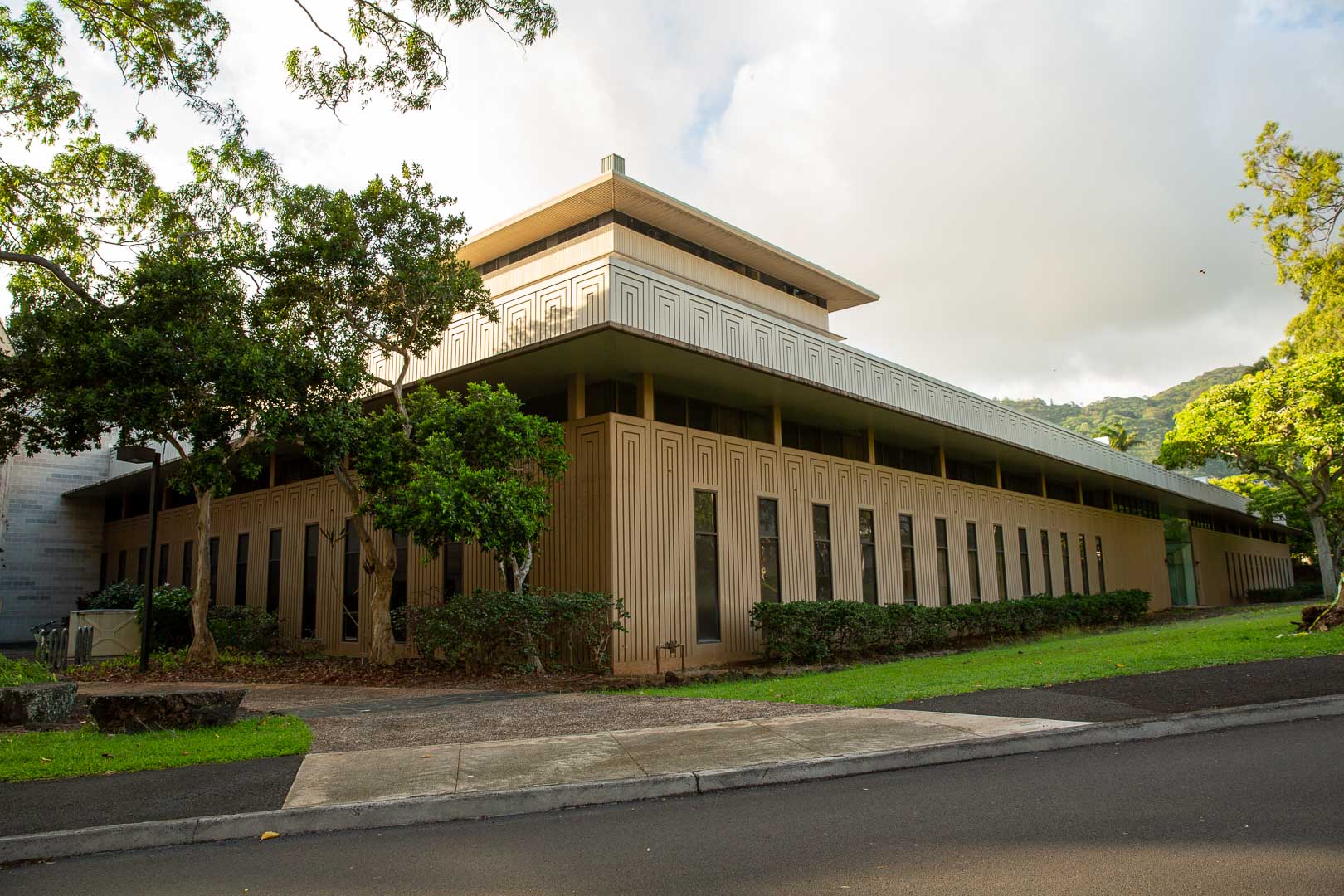 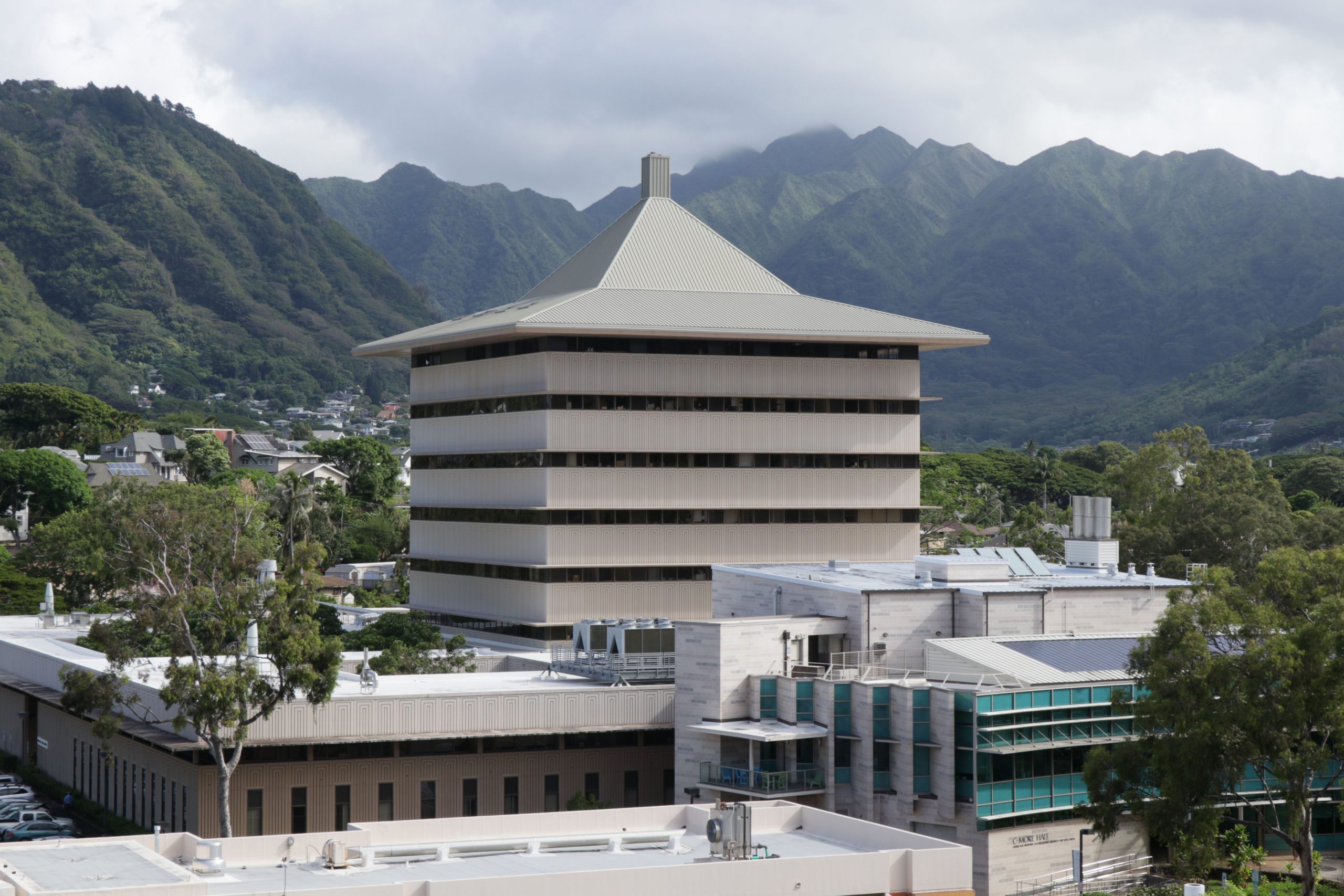 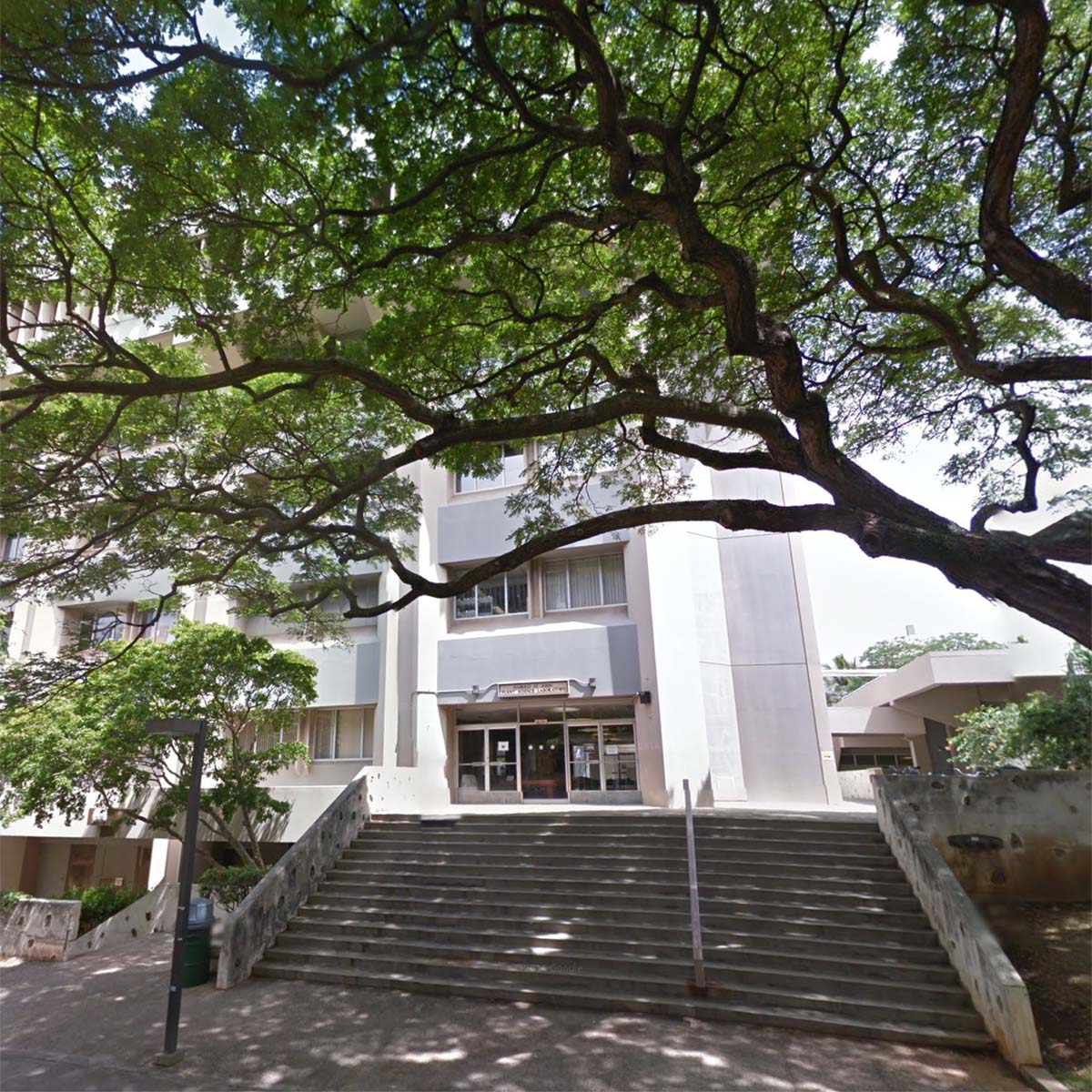 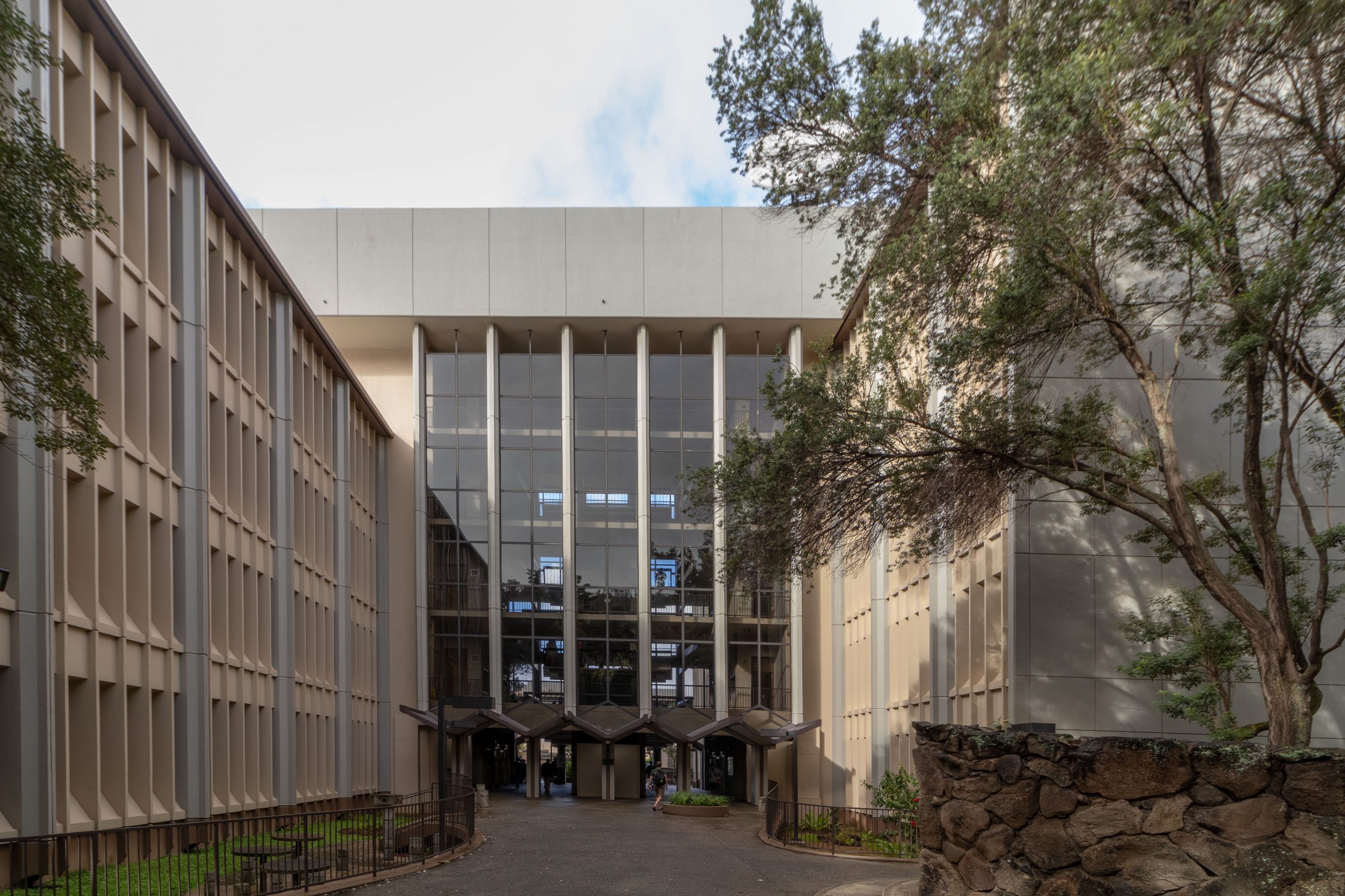 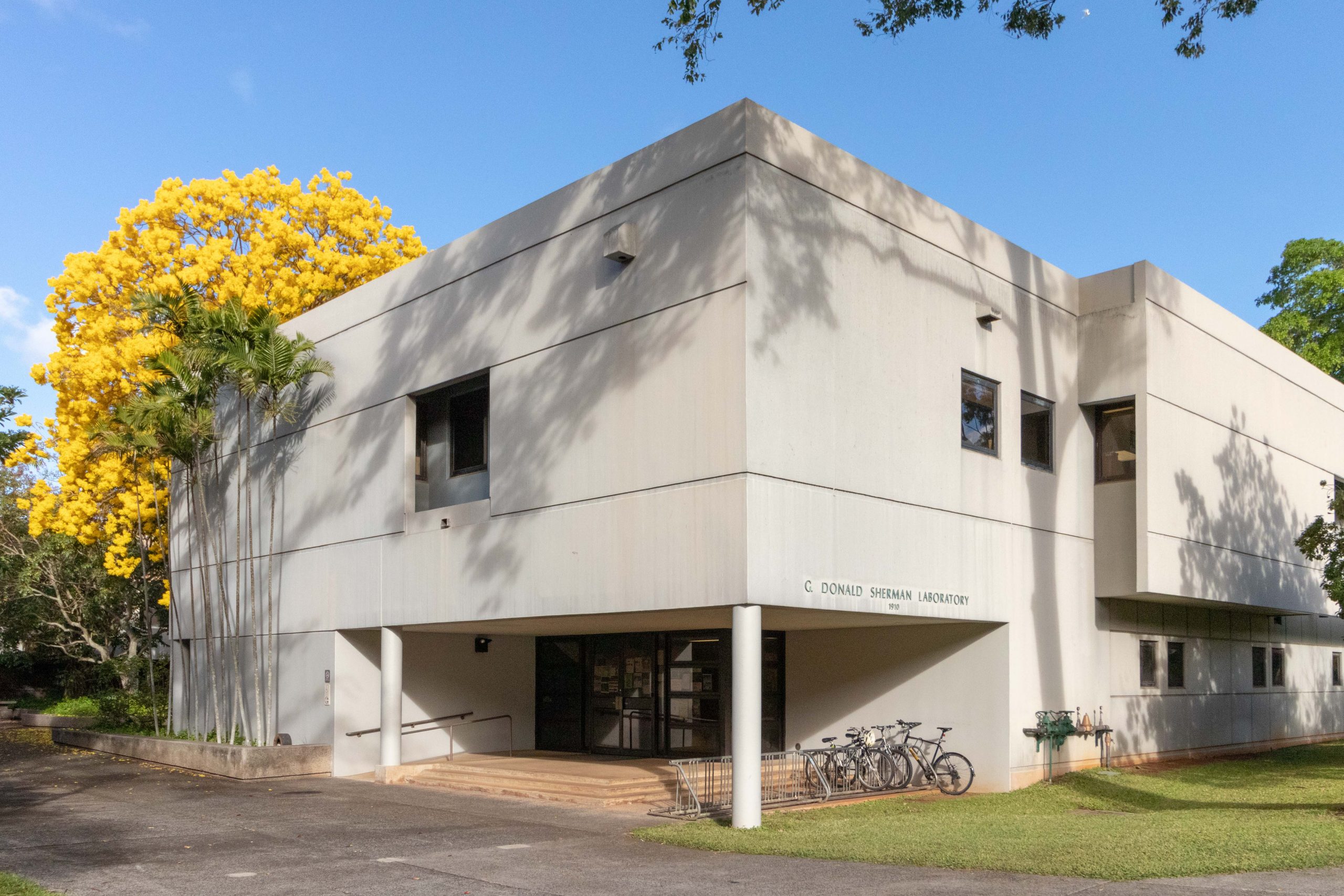 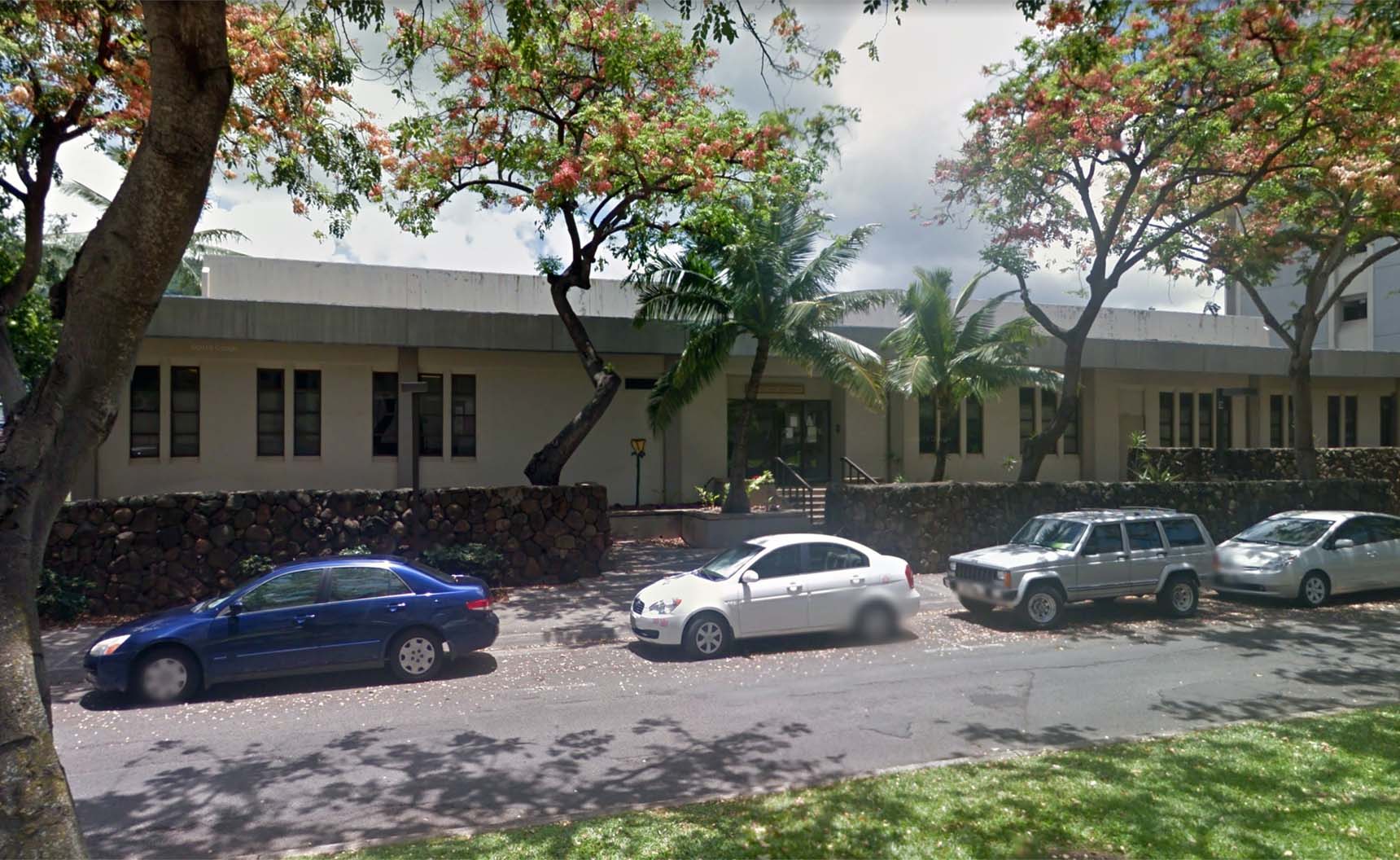 The Loop C chilled water system is one of four major district cooling loops on the Mānoa Campus.  A district cooling loop is made up of a group of buildings connected by water pipes to a central chiller plant or “Anchor Plant”. District loops are an efficient way to provide cooling and heating to large facilities like university campuses.

The original “anchor plant” located in the Biomedical Science Building was designed to provide Loop C with a constant volume of precooled chilled water. This precooled chilled water was delivered to the other buildings, and then each building needed to run its own chiller to complete the cooling process.  In the original configuration, 5 chiller plants would need to be energized, and be maintained which reduced the overall efficiency of the loop.

The Loop C project reconfigured the entire loop from a Constant Precooled Loop with 5 chiller plants to a Variable Primary Loop with just 1 chiller, thus reducing the need for the other individual building chillers to run.  This reduces both energy consumption, and maintenance. The upgraded system installed variable speed drives and integrated controls at the anchor plant to supply colder chilled water to the recipient buildings allowing them to turn off their chiller plants and run them only when necessary.

One thing to note is that the Biomedical Science Building chillers were replaced in 2005 with machinery that would allow this Loop C project to be possible.  This was a well planned and calculated project which prepared Loop C for this upgrade.

The upgraded controls allow the chilling loop to provide two configuration modes to further improve efficiency.  The modes are as follows:

These configurations are continuously balanced for operational efficiency, service, and maintenance.

The majority  of the cost savings from the Loop C project are from the following upgrades: