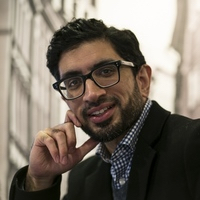 In this lecture, Dr. Youshaa Patel shows how one Muslim scholar, Sufi-jurist and litterateur, Najm al-Din al-Ghazzi (d. 1651) of Damascus, responded to these transformations by spending nearly forty years composing a magisterial treatise on the power of imitation, which included a fatwa, in the form of a short poem, on drinking coffee and hanging out in coffeehouses.