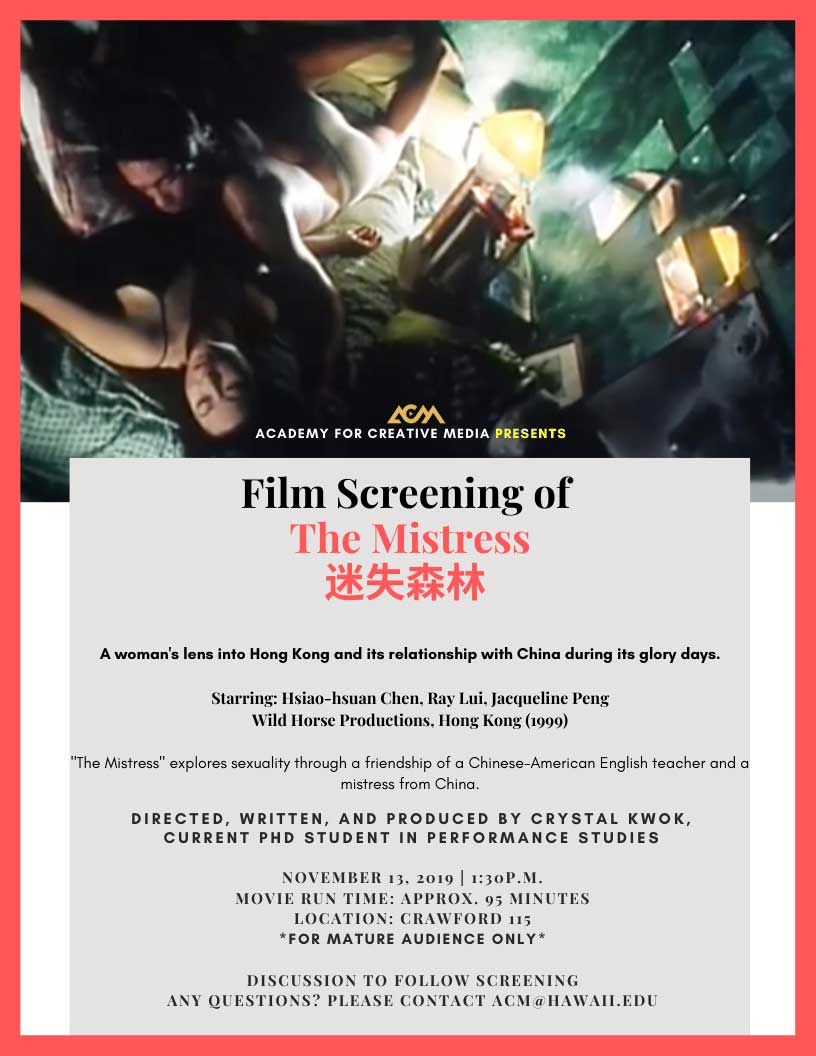 Acclaimed Hong Kong filmmaker Crystal Kwok will be screening and discussing "THE MISTRESS," a poignant feature film that explores sexuality through a friendship of a Chinese-American English teacher and a mistress from China.

Directed, written and produced by Kwok, "THE MISTRESS" won the People's Choice award at the Deauville Film Festival (France) in 2000.

Crystal Kwok is now a Ph.D. student in Performance Studies. She developed a vibrant life in Hong Kong as an actress, filmmaker, and well known talk show host. Her controversial TV and radio talk shows dealt frankly with sensitive social topics and was a champion of Women's issues.

This film is for mature audience only.