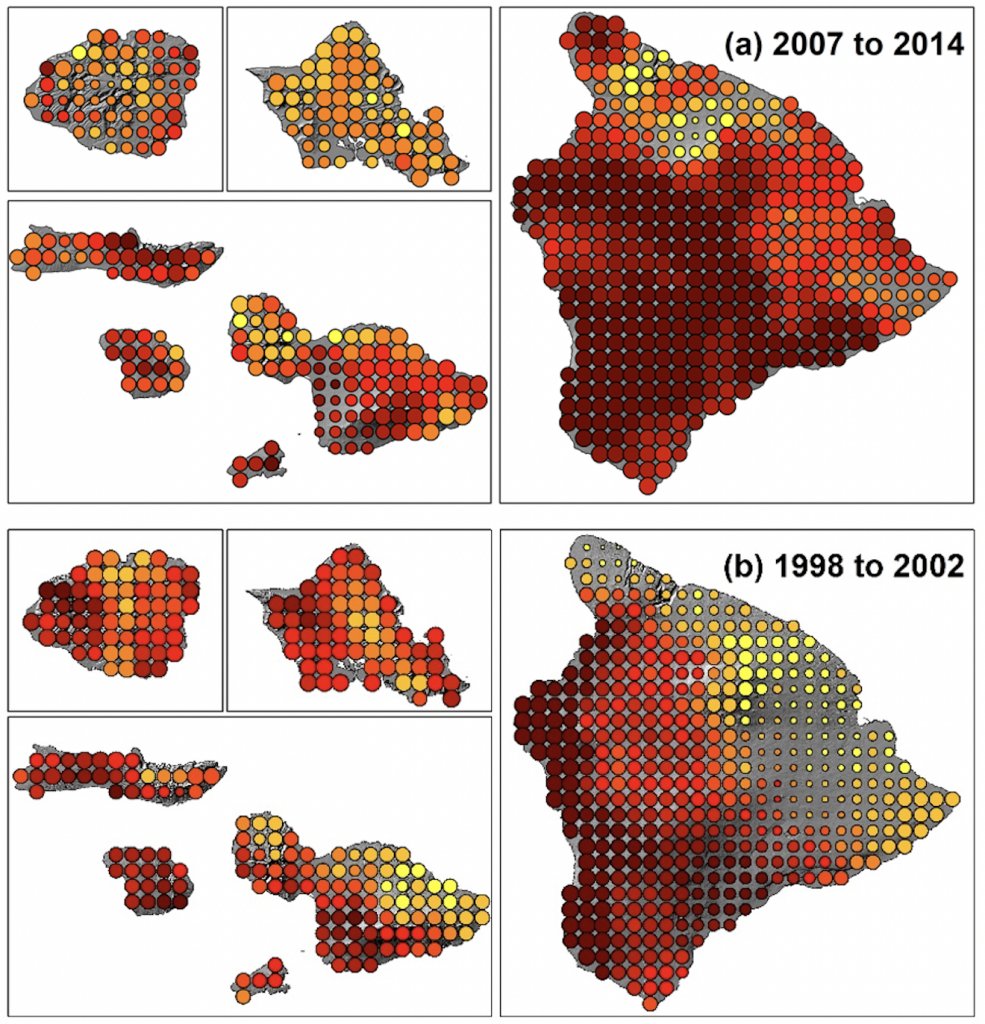 Drought is a regular and natural component of the climate in Hawaiʻi with severe effects across many sectors statewide. This paper provides a comprehensive synthesis of past drought effects in Hawaiʻi that we integrate with geospatial analysis of drought characteristics using a newly developed 100-year (1920–2019) gridded Standardized Precipitation Index (SPI) dataset. The synthesis examines past droughts classified into five categories: Meteorological, agricultural, hydrological, ecological, and socioeconomic drought. The assessment of current drought literature revealed large gaps in our knowledge of socioeconomic and ecological drought effects in Hawaiʻi.

Spatiotemporal analysis of a new gridded drought index revealed that the two worst droughts for the State of Hawaiʻi in the past century were 2007–2014 and 1998–2002 (Figure 6). The island-level analysis identified that the 2007–2014 drought was the worst for Hawaiʻi Island, whereas the 1998–2002 drought was more severe for Kauaʻi, Oʻahu, and Maui Nui, with different spatial patterns (Figure 9). Significant trends were found in decadal drought duration and magnitude (droughts in Hawai‘i have gotten longer and more severe) (Figure 8), consistent with trends found in other Pacific Islands. Droughts have resulted in over $80 million in agricultural relief since 1996 and have increased wildfire risk, especially during El Niño years.

By coupling quantitative SPI analysis with a review of the economic and ecological effects of drought across different sectors, a more thorough understanding of historical drought trends can be used to better understand future projections in a given region. Although drought is experienced differently across landscapes, this combined analysis provides a framework that enables a holistic yet spatiotemporally relevant view that can contribute to more effective management.