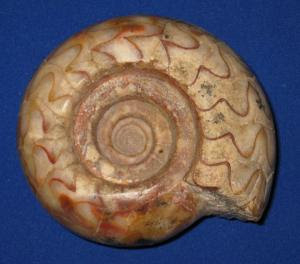 A study published in the Proceedings of the National Academy of Sciences by Steven Stanley, paleontologist at University of Hawaiʻi at Mānoa, School of Ocean and Earth Science and Technology, revised estimates of the largest mass extinction to have taken place since animals appeared on Earth. It is undisputed that more than 250 million years ago, during the end-Permian “great dying” as it is commonly called, the number and diversity of marine species dropped catastrophically.

Stanley’s article introduces new methods for calculating the size of mass extinctions, that is, the percentage of species that died out during these crises. He devised a way to estimate the magnitude of background extinction—the extinction scattered throughout any mass extinction interval but having nothing to do with the mass extinction. Once Stanley had that number, he subtracted it out of the total to get a more accurate estimate of species loss.

“Most of these crises turn out to be less severe than previously believed, largely because people have calculated their magnitudes incorrectly by including background extinction,” said Stanley.

“Separating out the extinctions that actually occurred in the latest Permian, I have now estimated that the terminal Permian crisis eliminated only about 81% of marine species,” said Stanley. “About 90 orders and more than 220 families of marine persisted into the Mesozoic Era, the ‘Age of Dinosaurs,’ and they embodied an enormous amount of morphological, physiological and ecological diversity. Many of those species went on to diversify substantially. Life did not nearly disappear at the end of the Permian, as has often been claimed.”

This new study provides a more accurate picture of the history of life on Earth.

School of Ocean and Earth Science and TechnologyUH Manoa