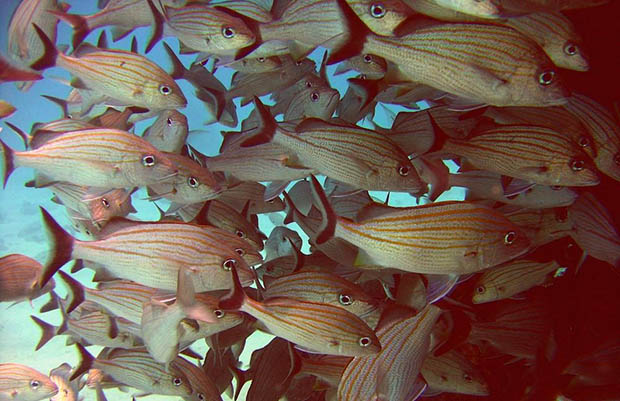 University of Hawaiʻi at Mānoa researcher Megan Barnes co-authored a paper assessing the effectiveness of marine protected areas (MPAs) and offering strategies to increase their ability to protect and increase the abundance of sea life. The findings were published in the journal Nature on March 22.

MPAs are a very popular strategy for protecting marine biodiversity, but the new global study by Barnes and co-authors, including paper lead author David Gill, demonstrates that widespread lack of personnel and funds is preventing MPAs from reaching their full potential and is hindering the recovery of fish populations.

While fish populations grew in 71 percent of MPAs studied, as compared with the populations in non-protected areas, the level of recovery of fish was strongly linked to the management of the sites. At MPAs with sufficient staffing, increases in fish populations were nearly three times greater than those without adequate personnel. Despite the critical role of local management capacity, however, only 35 percent of MPAs reported acceptable funding levels, and only 9 percent reported adequate staff to manage the MPA.

Barnes emphasized that not only area but also how the area is managed, including how much funding and staffing is assigned to it, is crucial for for MPAs to deliver the ecological and social benefits they were designed to produce. “It’s clear that we need management that is effective, inclusive and ongoing, #notjustarea, otherwise we risk designating MPAs without benefit to biodiversity—which would be a travesty,” said Barnes.

Marine protected areas are rapidly expanding in number and total area around the world. In 2011, 193 countries committed themselves to the Convention on Biological Diversity Aichi Targets, which included a goal of “effectively and equitably” managing 10 percent of their coastal and marine areas within MPAs. Countries are creating new MPAs to achieve national targets, but this may not meet biodiversity goals.

However, this research team used rigorous statistical methods to assess whether the MPAs are meeting their social and ecological objectives and were able to identify changes in fish populations attributable to the MPA and not due to other pre-existing factors. Barnes emphasizes that not only area but also how the area is managed, including how much funding and staffing is assigned to it, is crucial for for MPAs to deliver the ecological and social benefits they were designed to produce.