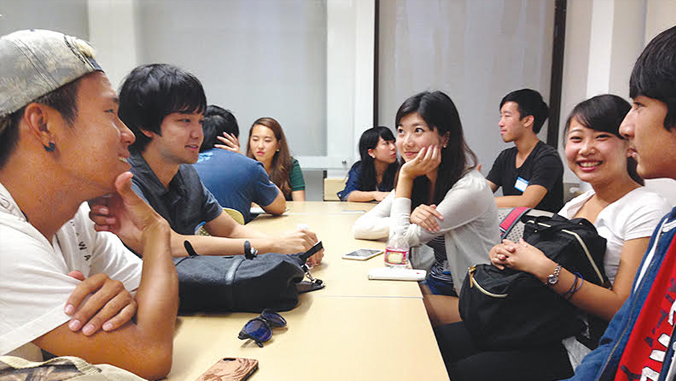 International students attending the University of Hawaiʻi 10-campus system are providing a major boost to the state economy. In 2017, UH’s foreign students generated $103.3 million in direct spending in Hawaiʻi that led to $241.5 million in economic output, according to a report by the state Department of Business, Economic Development and Tourism (DBEDT) released November 27.

The direct spending estimate includes the total living expenses and institutional tuition and fees. UH accounts for nearly half of the $241.5 million generated by international students in direct spending as well as the resulting $497 million in economic output, which includes direct, indirect, and induced effects, according the DBEDT report.

“Our international students and programs not only have a tremendous impact on the local economy, they also expose our in and out of state students to different ideas, customs and perspectives,” said Vice President for Academic Planning and Policy Don Straney. “They are an extremely valuable part of the educational experience at UH and are one of the reasons why we are truly a global university.”

In the fall 2017 semester, there were 2,465 international students enrolled in the UH System, close to 5 percent of the total student body. The total responding 34 educational institutions in the state reported a total of 12,916 international students in 2017, including both long-term students and short-term students, such as those that came to attend English language training programs.

“International students in Hawaiʻi are an important part of our economy,” stated DBEDT Director Luis P. Salaveria. “Students from around the world bring international perspectives into our classrooms, and often lead to longer-term business relationships and economic benefits.”

The Research and Economic Analysis Division of DBEDT prepared the report that also estimated that international students generated $38.2 million in state taxes and $219.8 million in household income while supporting 5,264 jobs in 2017. The Business Development and Support Division (BDSD) is leading the state’s efforts for international student exchange.

“While nationwide, the overall number of international students studying in the U.S. declined, Hawaiʻi’s numbers are holding steady thanks to our continued marketing,” said Dennis Ling, BDSD administrator. “The department will continue to work with our education partners to attract more foreign students to our classrooms.”

Japan remains the top country of origin for Hawaiʻi’s international students, followed by the Republic of Korea and China.

The report (PDF) is available from the DBEDT website, and the impact of UH System can be found in Appendix III, page 19.