Known as Hawaiʻi’s human beatbox, Jason Tom, a Kapiʻolani Community College alumnus, is using beatboxing—a form of vocal percussion that uses the mouth and voice to create sounds and rhythms—to spread a positive message about “staying on the beat” when it comes to achieving your goals.

“For me it’s a bridge to uplift people, to encourage them about perseverance,” said Tom.

Tom originally enrolled at Kapiʻolani CC in fall 2001, but found himself struggling academically. After being placed on academic probation, he vowed to return only when he was ready. Tom spent some time in California pursuing other interests before deciding to come back to Hawaiʻi.

“Once I came back, I found myself. I pursued the beatboxing because that’s what I do every day—listen to music and replicate the sounds,” said Tom. “[I told myself,] I’m going to pursue that while I pursue my degree.”

When Tom returned to Kapiʻolani CC, he discovered an interest in mathematics and went on to become a supplemental instructor at the campus with a concentration in algebra.

“The emphasis, what they wanted me to do, is assist college students on this campus with algebra …” said Tom. “I would prepare sessions with my students, and then the students that did come, they would score significantly higher than those that didn’t come.” 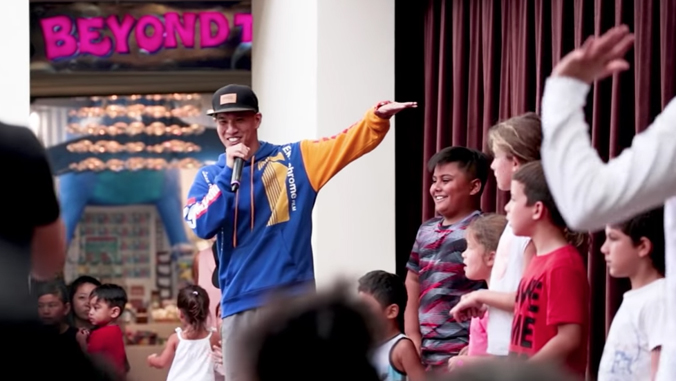