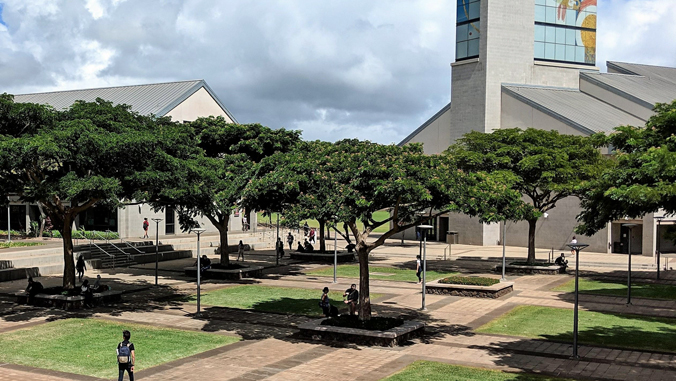 In April, the University of Hawaiʻi–West Oʻahu awarded its first Interstate Passports to 815 students who fulfilled course requirements during the fall 2018 semester. Earning an Interstate Passport means all of a student’s lower-division general education courses will be accepted in one block at any network member institution.

UH West Oʻahu and Leeward Community College have piloted the Interstate Passport initiative within the University of Hawaiʻi System over the past five years. The Interstate Passport Network is a network of regionally-accredited institutions that agree to transfer completed general education requirements in a seamless and efficient process among its members.

Students receiving their passport designation were alerted through an email in early April. It stated, in part, that they had achieved “a milestone in your academic pathway in higher education and have demonstrated an impressive level of proficiency in foundational skills, knowledge of concepts, teamwork, and critical thinking.”

The passports facilitate transfers across state lines and are particularly useful to active military, military dependents and anyone else whose employment or life circumstances necessitates a sudden move to the U.S. continent. Students who transfer into UH West Oʻahu with a Interstate Passport will not have to repeat or take additional courses to satisfy lower-division general education requirements. It recognizes a student has achieved learning outcomes in nine knowledge and skill areas that network member institutions agree are consistent with their own general education learning outcomes.

“Receiving the passport reconfirmed my commitment to my educational goals,” UH West Oʻahu student Pearlena Stone said. A senior majoring in social sciences/psychology, Stone is also a graduate of Leeward CC. “I’m glad that my current and past institutions are working together to make the transition for transfer students less troublesome.”

An Interstate Passport provides options to those whose life changes and pulls them away from their Hawaiʻi home. UH System’s eight other campuses are working toward developing their own passports so that they can join UH West Oʻahu and Leeward CC in this student-centered initiative.

The Interstate Passport is based at the Western Interstate Commission for Higher Education (WICHE), which is one of four U.S. regional interstate compacts in the U.S. WICHE’s programs and efforts help students pursue higher education affordably and conveniently, accelerate region-wide sharing of ideas and resources, provide expert research and policy guidance and help higher education stakeholders thrive amid rapid change.