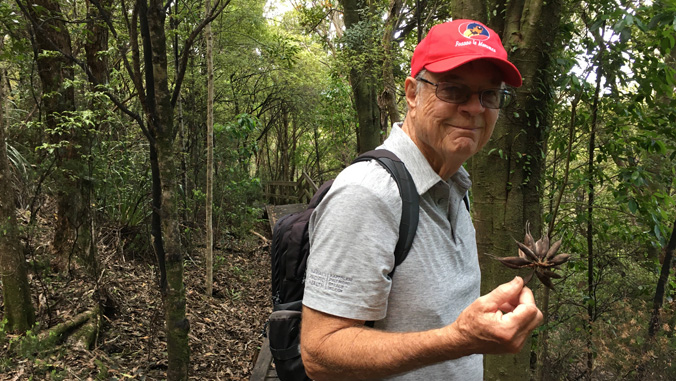 Art Whistler, world-renowned botanist and University of Hawaiʻi at Mānoa alumnus and lecturer died April 2, 2020 after contracting COVID-19 at the age of 75. He is survived by a sister in Seattle and his adult children, Sean in Vancouver, and Kira Matangi in New Zealand.

Whistler specialized in the tropical plants of Hawaiʻi and Pacific Islands. After earning bachelor’s and master’s degrees in Calif., he served as a Peace Corps volunteer in Samoa. He then moved to Hawaiʻi and earned his PhD in botany from UH Mānoa in 1979, with his research focused on the vegetation of Samoa.

Whistlerʻs robust professional career spanned Hawaiʻi and the Pacific. At UH, he was a lecturer and adjunct faculty member in botany as well as at the Lyon Arboretum. He held a postdoctoral appointment at the National Tropical Botanical Garden on Kauaʻi and was a research affiliate at the Bishop Museum. He spent a year as a visiting professor at the University of the South Pacific in Fiji. 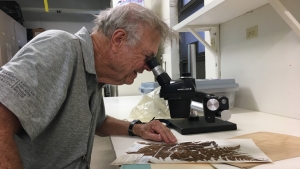 Whistler founded a small consulting company in Honolulu, Isle Botanica. Asa consultant, he worked on botanical projects across the Pacific Islands including Samoa, Tonga, Niue, Fiji, Tuvalu, Kiribati, the Marshall Islands, Yap, Chuuk, Guam and the Northern Marianas. He was a prolific author of scientific articles and books focused on plants of Pacific Islands.

Tributes from around the world remembered Whistler not only for his deep knowledge of plants and the thoroughness of his research, but for his love of the people and communities he worked with and befriended.

“Samoa has been enriched, the ‘King of the Forest’ has been laid to rest with his boots on, literally and figuratively. We will all hear his footsteps in the forest for years to come,” wrote Tupaemanaia Steve Brown, James Atherton, Alice Campbell and friends.

“Art will be sorely missed,” wrote UH President David Lassner in a message to UH Mānoa faculty and staff. “He was a scientist, naturalist and educator who touched the lives of students, colleagues and communities throughout the Pacific.” 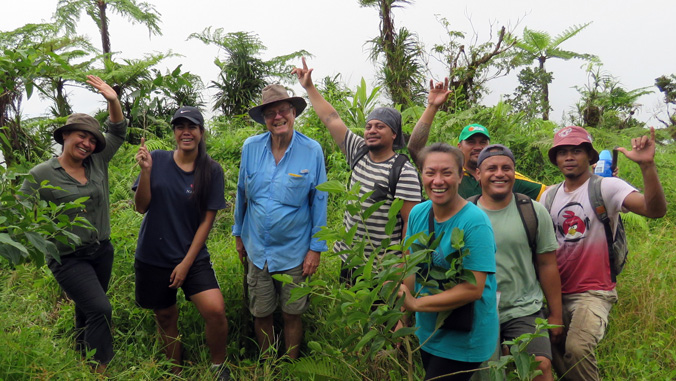